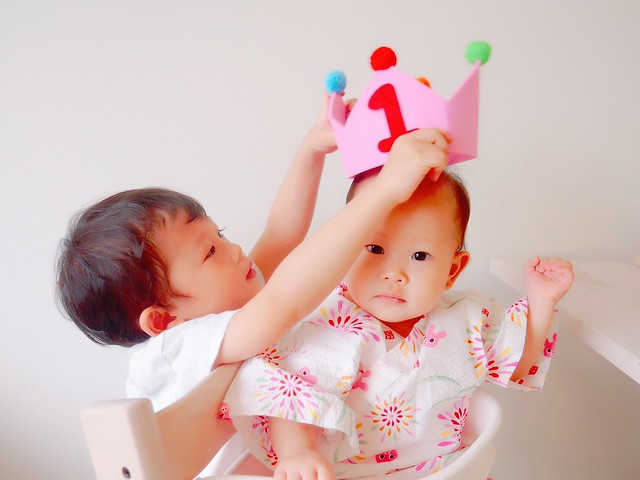 I still remember the days when I was so so so nervous to find out the gender of my second baby… If it turned out to be a boy again I will make myself a third one lol.

And now my baby girl is 1 year old. Which makes her not a baby anymore T__T. And in one month’s time, my toddler boy is also not a toddler anymore. Omg it’s a little too much to take in at one go. Haha.

I have celebrated a first year birthday, twice!!! Now that’s an achievement for myself haha. read more

Junya has his imaginary belongings. Now it’s my turn to have imaginary friends. Annoying ones. 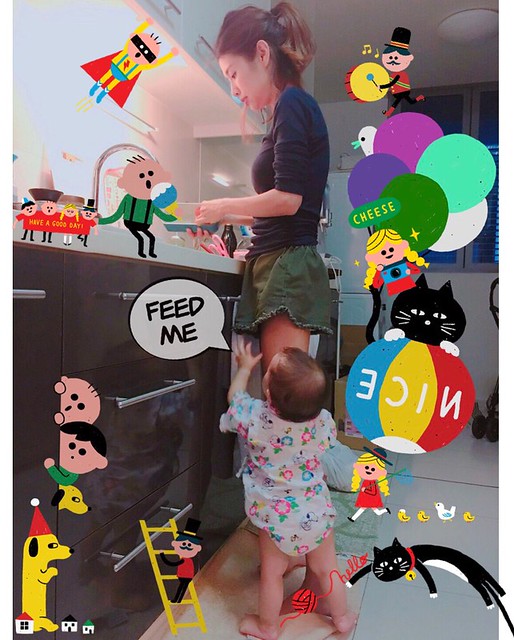 This is how it feels like to spend a usual day at home. A dozen of imaginary oompa loompas trying to interrupt, distract and stop you from achieving anything at all. A few parachuting zigzag across the room, some climb right next to your ear and start playing drums, some eating ice creams that are already melting away at the spot you have just cleaned, a couple more bursting helium balloons everywhere else and one crawling at your leg crying to be picked up. read more

This is a cooking diary for myself. It is looooong cuz it’s a couple of months’ worth of meals haha. If you like you can browse through it and hope some of them give you some ideas on some simple cooking for kids and busy mama like yourself. (If you love the food but are not a mom or don’t like cooking then ask your husband/boyfriend cook for you lol).

I used to do #lunchforjunya but since now that he eats his lunch in school, it has turned into #breakfastforjunya instead.

I thought that since Junya’s school serves both breakfast and lunch, I could save some time (and snooze my alarm a few more times) in the morning to prep him for school. But it turned out to be quite the opposite. I have been waking up extra early to fix breakfast since the second day of his school life, and it was because of this: read more

Here’s an updated post on how things have changed, after having the second child for 9 months now.

I am now a full time, sort-of-still-keeping-a-blog mother, who rather (with no choice) spends her time picking up crushed egg bolo on the floor than to edit a nice picture for Instagram likes.

It also made me sort of crazy. One day I was just so exhausted with two screaming children while not feeling very well and with a million things to do, suddenly I saw glooms all over my head. And I thought, what a shitty job being a mother is. You don’t get paid a single cent, you don’t ever get holidays, sick also have to work, and nobody ever thanks you for wiping off a stained toilet… read more

With two kids constantly needing your attention during traveling, it is really quite a challenge to always be on camera-ready mode, more so if you are alone with the kids.

But that doesn’t mean you have to give up capturing precious moments during travel. In fact, you should capture every single second of it.

I often get asked how it is possible to travel alone with two kids. It is extremely common in Japan. Every corner you turn in Tokyo there are sightings of high-level #pokeMOM on the go with multiple kids alone. Most people want to know how it is possible to take the subways with two kids and a stroller. It is hard to explain, so I decided to make a video documenting the entire journey from our home to the destination, traveled by the subway. read more

A stroller (or more than one, even) is part of a mother’s life, and finding a stroller that suits your lifestyle is a never ending quest. Imagine if you have three children, you are probably gonna spend 7 or more years of your life pushing strollers. @.@ Soooo, investing in a good one is super, super important.

I have tried many strollers before (5 in total), and each of them have their own pros and cons. There will never be a perfect stroller so you just have to keep on looking out for improved ones. read more

I never quite got people who are addicted to Snapchat because I thought it was quite a rubbish app (either it really is or I’m getting too old for social media lol). First of all it is impossible to navigate and secondly, it is all made of snippets that’s not qualified to make it to an actual Instagram video. PLUS it gets deleted the very next day so what exactly is the point of it ah?

People who are popular on SC are probably super celebs, or really have a life so interesting that everyone doesn’t want to miss a single second following it. Unfortunately for me I’m stuck in between. My life is neither entertaining enough to be broadcasted every minute live to the whole world, nor boring enough for me to want to waste it away watching other people’s snaps. (To spend 2 minutes watching how an acquaintance turns into a dog and lick the screen from various different angles? No thanks. I rather change 15 diapers instead HAHAHA). read more

This time I did more shopping on the site, since my whole life is pretty much about cleaning/cooking/laundry now.

Here are some of the items I got! 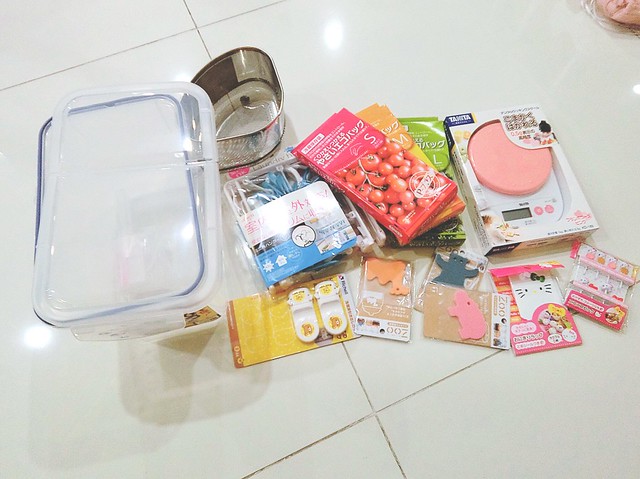 But actually a lot of the items do spark joy for me and the home other than being useful!

Also, when you have no time to even get out of your house (to buy groceries and catch some pokemons on the way), Goodsania is a godsend when you only need a few clicks and everything can be ordered and delivered! read more 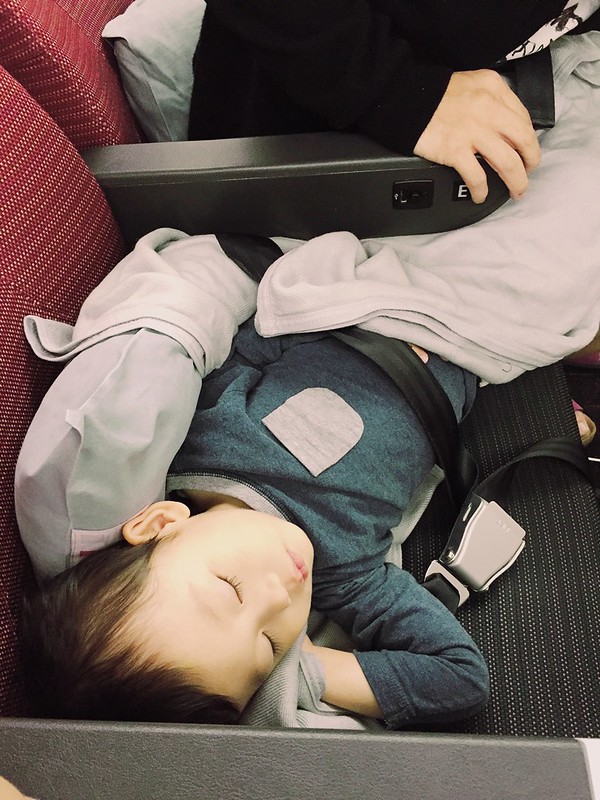 We usually take JAL from Changi airport late at night so that the kids can sleep all the way and the danna can go straight to work after landing instead of wasting one extra day on the flight. #workaholic 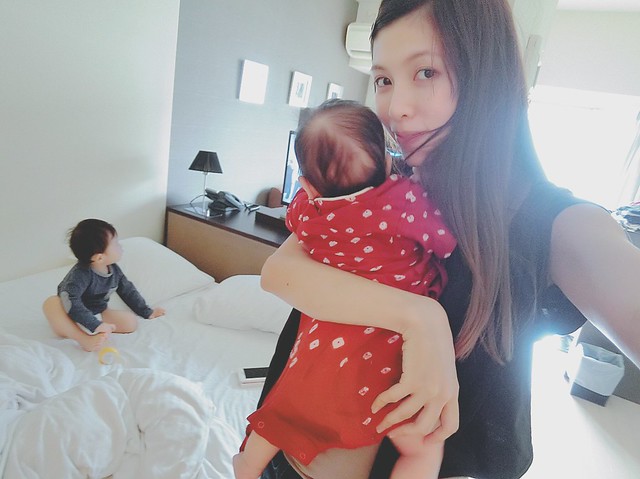 We stay at the same apartment but different room every time so it’s quite interesting to experience different kinds of sizes and layouts. 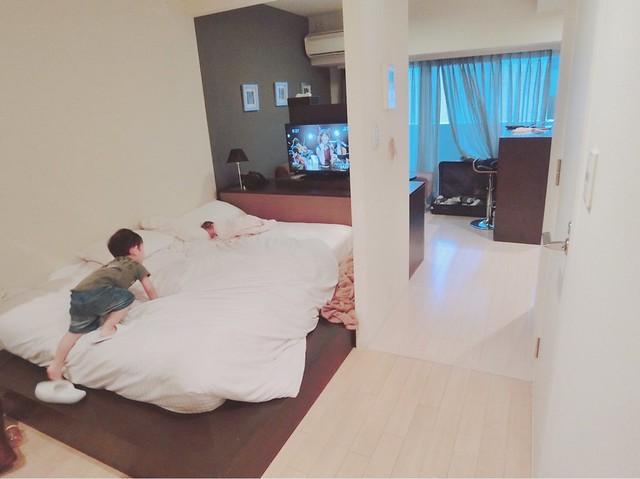 This time around we have a double (queen size) bed instead of a super single. Still it is really small so Junya ended up sleeping on the edge of the bed T_T. read more

To continue my previous blog post about housekeeping and cleaning, inspired by Haruko Niitsu, here are some of her housekeeping tips.

Niitsu san spends the whole day supervising and cleaning Haneda Airport, as she goes back home she does really very minimal housekeeping. Her housekeeping style is “By-the-way Cleaning”.

There are two types of cleaning: preventive cleaning and the actual cleaning. As a cleaning professional, instead of thinking “how to get rid of a stain”, it’s better to do frequent by-the-way light cleaning “in case it leaves a stain”. read more

I didn’t think so. Or at least I thought people who say they do were lying. I mean, there must be a reason why it is called a “chore”.

Over the past few months I have learnt the art and magic of decluttering and tidying. I am 80% through tidying our house in KL, and I am proud to say that I really have not rebounded back to the old clutters, just as KonMari promised that you will really ever need to do it just once in your life. Here are some of my thoughts after having done it for several months. read more