My Top 5 Secret Spots in Japan

Over 60 trips to Japan, 47 prefectures conquered, and actually kind of realized my dream of living the perfect life in Tokyo, Japan. So… what now?

Whether you are a long time follower or new to this blog, you know that discovering Japan’s hidden gems and sharing them with the world is probably the only thing I care about now. My mission never stops at the 47th prefecture. Now I am on my way to conquer even more secluded grounds veiled beyond the deep mountains, at the same time tapping into the more historical and cultural side of things, such as stories behind a destination, traditional craftsmanship, and annual omatsuri.

While you can find thousands of posts on my Instagram (@cheeserland) for travel inspirations (Japan-related only, sumimasen), you are in for a special treat today.

I have compiled my top 5 favorite secret spots of Japan to fuel your wander lust. 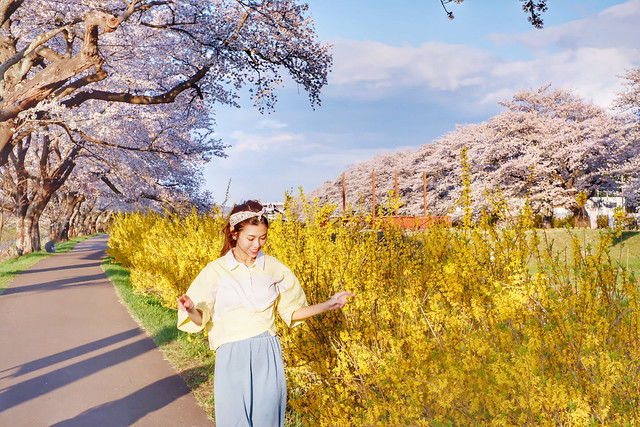 Okay, fair enough. I have featured this a few times on social media so by now it really is not so secret anymore.

This place is called Hitome Senbonzakura (literally means “A thousand sakura at one glance”!), located along the Ogawara Shiroishi River, just 30 minutes away from Sendai Station of Miyagi Prefecture, boasting 1200 cherry trees along the river bank!

In addition to it being still relatively unknown to foreign tourists, since the entire stretch of cherry blossom is about 2km long, you are guaranteed an empty spot with no other tourists in sight and have no worries about getting hit in the face by selfie sticks. Probably also a good spot for wedding photoshoots? Just an idea! 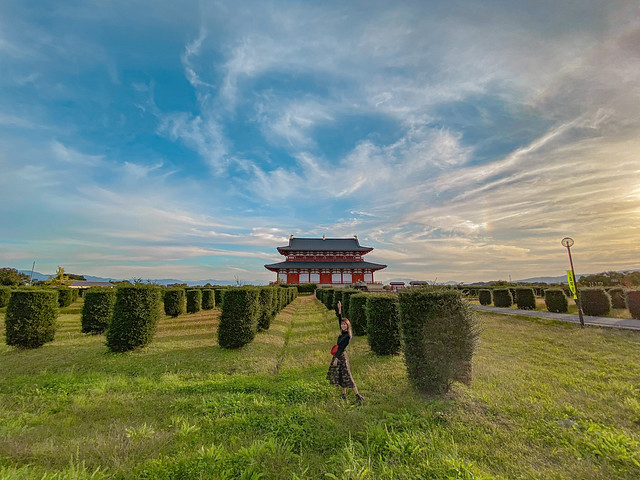 I am not a history buff. However lately it struck me how one can never truly appreciate the whole beauty of a destination especially a heritage site no matter how much you try to milk the maximum instagenic-ness out of it, until you learn the stories behind it. The attractiveness of a place goes tenfold once you discover its tale of the past.

Behind me stands the great Suzaku Gate of the Heijo Palace ruin, one the first sites to be recognized as World Heritage Sites of Japan.

Situated far removed from Nara’s major touristy spots and can only be accessed by bus unless you are all in for a long walk from the nearest station, Heijo Palace ruin escapes the hordes of tourists, and is the very place that lets you soak in all that vastness of things, with nothing but greenery sweeping through the horizon. Although the Suzaku Gate is newly constructed, it sits on the exact place since its establishment some 1300 years ago. One can’t help but peek through the window of Japan’s past and imagine the opulence of events taking place right here a millennium ago in this once ancient seat of the emperor. 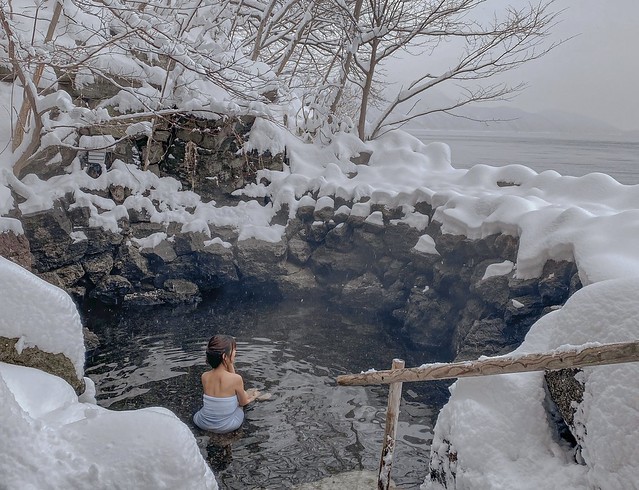 I love bathing in the wild.

Okay that came out wrong. I mean, given how common and easily accessible rotenburo (outdoor hot spring) is throughout the whole of Japan, it’s tempting to want to ditch narrow, indoor shower forever.

Since I live in Japan now and shopping is no longer on my travel itinerary, soaking in a novel hot spring far away from the hustle and bustle is always part of the deal with every escapade I make these days. I have thus visited countless of onsen towns and none of them feels as much a secret gem as Marukoma Onsen of Chitose city, Hokkaido.

Located just less than an hour’s drive from the airport, Marukoma Onsen is truly Chitose’s best kept secret. This outdoor rock bath connects right to Lake Shikotsu, the second largest caldera lake in Japan – meaning that the spring water is also lake water! A century ago, visitors could only access the spring by boat as the located is so secluded.  Being part of the facility of Marukoma Onsen Ryokan, so long as you are a guest there, you can relish this charming snow scene dipping in therapeutic water as many times as you like. 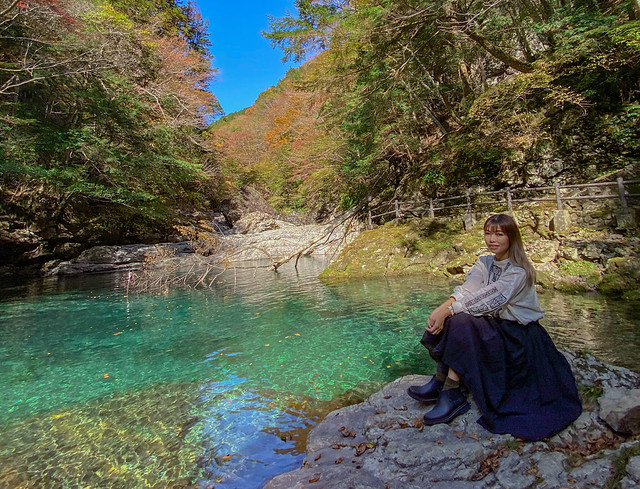 The most beautiful river I’ve ever seen is Niyodo Blue in Kochi prefecture, but priding itself as the cleanest stream certified to have the best water quality of Japan makes it hardly a secret spot, both fortunately and unfortunately, therefore I am bringing you back to Nara instead.

This healing scenic spot is so little known by anyone but true locals that you can hardly come across any proper travel guide in English on the internet. Far and beyond anything touristy, Mitarai Valley is tucked deep in the forest and requires almost a 3-hour journey from Nara city.

This is the perfect getaway for locals to escape summer heat, but I had the privilege to enjoy the sight of fiery red maples contrasted against hues of azure and emerald of the water, during my visit at the peak of autumn season.

To make your tedious journey worthwhile, note that there’s also an onsen town nearby called Dorogawa Onsen, and a bunch of other scared spiritual spots for your exploration. 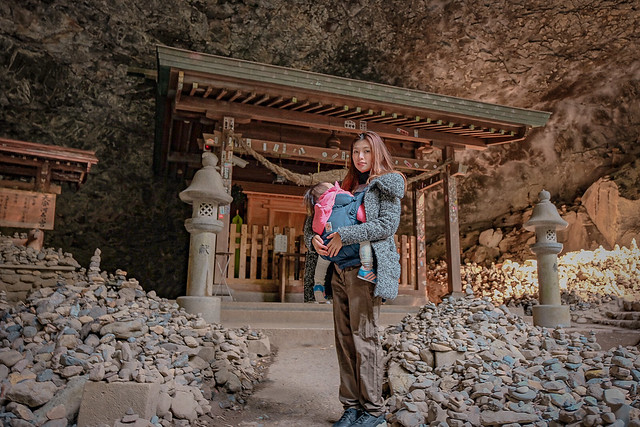 Amaterasu, the goddess of sun in Japanese mythology, plays the most important role of Shinto and Japanese spiritual life. The emperors of Japan are considered to have descended from her, and this is what gave them the divine right to rule Japan.

If there’s a legend that all Japanese can retell, this is it:

Outraged by her brother Susanoo who went too far with his prank, Amaterasu went off to sulk in a cave, and the world was cast into a total darkness, and stayed that way in gloominess until one day, a cheeky goddess called Uzume, danced wildly in a teasing manner in front of all the other gods, who then whooped in laughter. Curious about the uproar, Amaterasu opened up the blocked cave and was finally lured out of the cave, bringing radiant sunlight to the world once again.

I am sure you have made the connection by now. And if you haven’t, let me make it obvious for you. The shrine in the above photo, Amanoiwato Shrine, is located in a cave – the one Amaterasu hid in.

To be honest, this divine power spot of Takachiho, Miyazaki prefecture was so hauntingly majestic it literally gave me goosebumps. I would have had taken a more impressive photo than this if a sleeping baby wasn’t strapped to my chest and if I had the 2020 tapioca lenses on my iPhone for better perspective.

Nevertheless, it is as secret a spot as a shrine gets, even for a shrine maniac like me.

I hope you have enjoyed the 5 different favorite hidden destinations of mine, and hopefully I’ll be able to list down more on other categories soon!