Pun of the day:
We received a very cold reception at the top of the mountain, which consequently rained on our parade.

A month ago, I went to a one-star country. 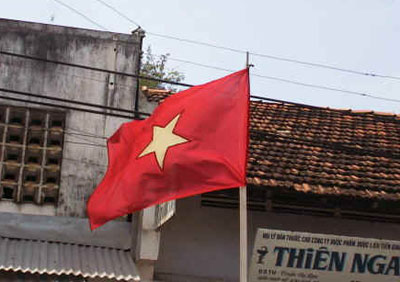 I wasn’t satisfied with it. I wanted a five-star treatment.

So i went to China.

This was the first time i saw such a small baby on board. So cute! 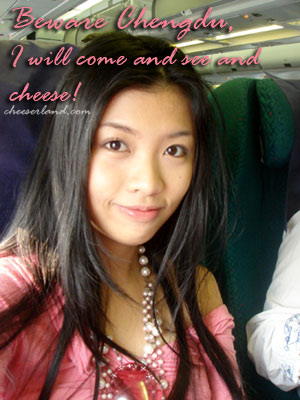 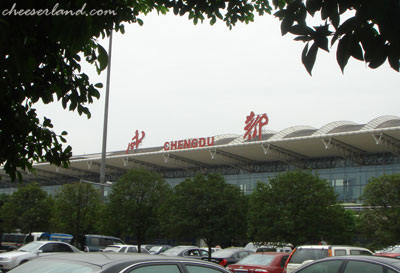 The first destination was the Le Shan Buddha.

It’s supposedly one of the greatest Buddha statues in the world.

It looks more spectacular in real life. But don’t think it’s very easy to shoot the above photo leh. We were standing on a moving boat, and there were tons of people around.

And then we went to see some mountains which supposedly resemble a sleeping Buddha.

I left see right see upside down see also see no sleeping buddha (unless the buddha has boobs and a tummy).

You see yes see no?

You know, before i flew to Sichuan, the tour leader called us and said that “the weather will be around 20+ degrees, so summer clothing will do”, and that “it will be A LITTLE cold on the mountains, so bring along a jacket too”.

I checked the net and found out that the range was 22-29C. So I went to Emei Mountain with my summer clothing, plus a coat. 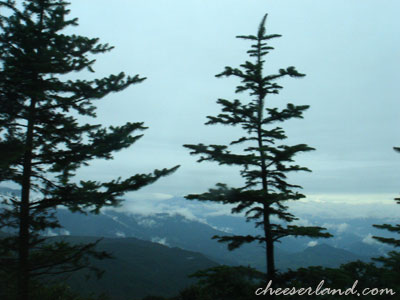 They have a really interesting ticketing system.

Halfway up, they will take a picture of you before letting you proceed. And then they will print your face ON THE TICKET. It looks like this.

These are the most personalized tickets, ever. They made us look as if we’re the ones being exhibited.
We had to change two buses, and then take a cable car. 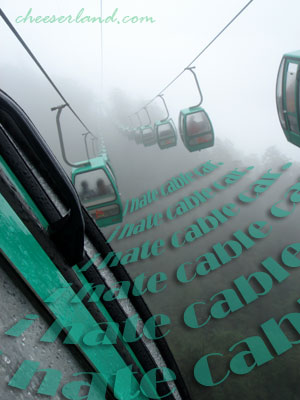 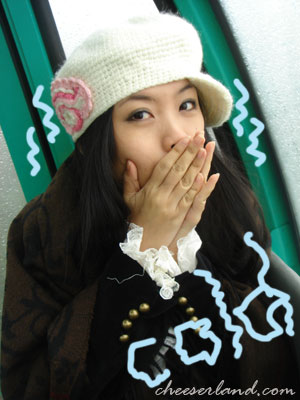 When we finally reached the top of the mountain…

It was so. cheesing. cold. 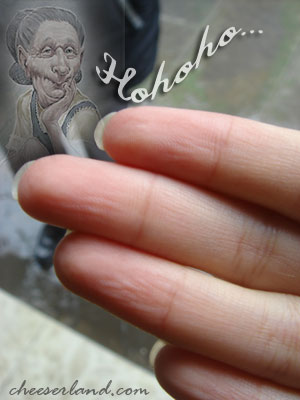 We had no choice but to rent some raincoats there. 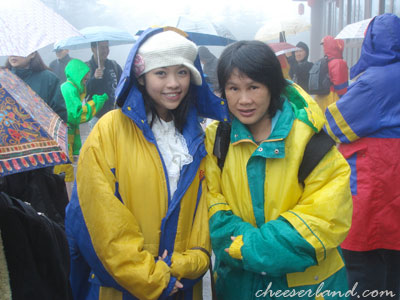 Eeew. Damn gross. I almost banged my head against the tree trunks. I have so many nice coats sitting happily in my wadrobe yet i had to pay 100RMB for this stinky second-hand MULTI-HAND rain coat!!!

Everybody’s raincoats were almost the same. It’s like seeing hundreds of Agent Smiths hunting for cheese in thick fog. So scary! 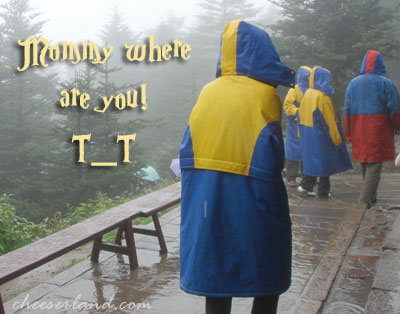 Those we do not speak of! Muahaha! 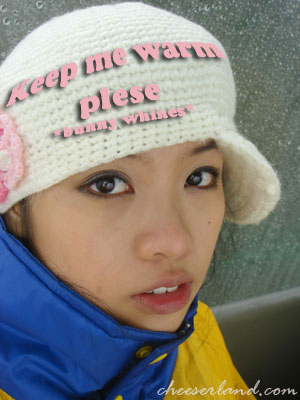 It took us 20 minutes to make our way up to the “Golden Summit”, where the Buddha statue is located; all the while enduring the chilly rain.
And this is what we saw.

This was my best shot. Can’t complain.

Whatever la. I climbed Mount Google to see the statue again today. CLEARLY.

I felt so… defeated. By a grandma.

I was wearing open-toes and three-quarter pants summore. I couldn’t feel my legs anymore. They felt like two popsicle popsicurd sticks. 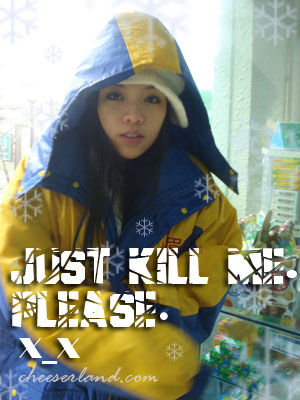 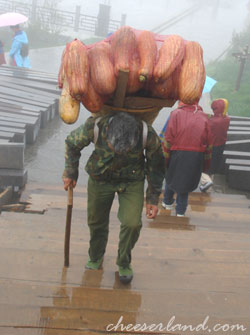 So cham. Last time in Vietnam’s Christ Hill also liddat. The phony horsey was carrying super heavy stuff while lumbering up the hill. This time around, humans seemed to be the workhorses. Can’t they build an escalator or something?!?

Anyway, I must admit that they have the cleanest longkangs, ever.

Thank Cheesus, we were staying on the foot of the mountain, so it wasn’t as cold at night.

I went for a massage!

Wahaha you wish! No nude photos! 😉

This was where i went online to reply all of your mails and comments.

Stay cheesed for more updates on my Chengdu Cheescapade.

The Eye in London