I was really really looking forward to finally writing this post.

In fact I have wanted to write this post since 2012, but the information available was still very confusing at best at that point of time, and it was just way controversial and I thought it was just generally a very bad idea to write about something I wasn’t 100% familiar with.

Anyway, I have wanted to visit Tohoku for the looooongest time. The first time i did was during Sakura season in 2013 to Sendai, Miyagi Prefecture. It was a birthday present i chose for myself, gifted by the danna.

Why did i want to visit Tohoku so eagerly?

I wanted to support Tohoku. 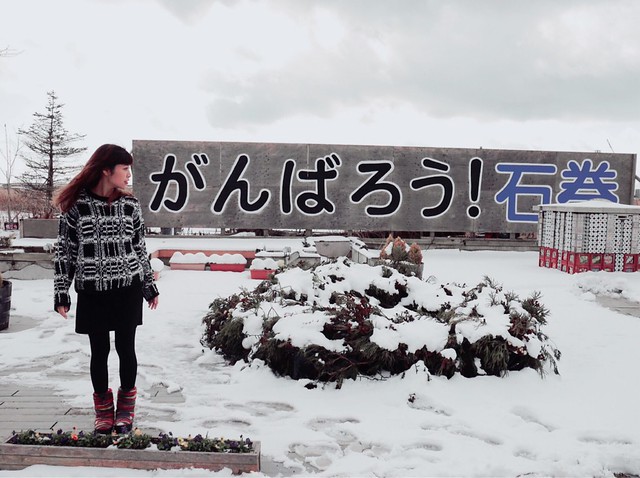 Over the years, every since the Great East Japan Earthquake that happened on March 11, 2011, i had been getting emails non-stop asking me if Japan is a safe place to visit. For a good 3 years, I chose not to answer. It was not that I was not sure about the answer. It was because even if i say yes, people who don’t believe it will not believe it anyway. Explanation was futile. I just replied politely and told them that for me personally, i fully believe that it is safe, but it is entirely up to their own judgement and research and they will have to decide for themselves.

Even up until last week, I still get emails from readers asking for advice about traveling to Tokyo, worrying about the radiation level.

All those emails asked me what i thought about it. A lot of them cancelled their trips to Japan because their parents/in laws/friends/relatives/random stranger insisted they should.

In my heart i felt so outraged, but i just kept quiet because i was in no position to give any opinion. I am not a doctor or a scientist.

And then i got pregnant myself in 2013. After visiting Japan for maybe more than 10 times since March 11, 2011, including Tohoku area. Even then i was afraid to say anything, because if something happened to me (which may be totally unrelated to Japan whatsoever) people were gonna tell me SEE I TOLD YOU SO AND SERVE YOU RIGHT.

But then i gave birth to a healthy, adorable baby. And then i got pregnant again. So i think now it’s pretty much safe to assume that the rumor is untrue. At least for me. And for every single pregnant woman in Japan. (Go check all the delivery wards in Japan!)

In fact, i think visiting Japan helped me get pregnant. Twice.

Actually, Japan is conducive to pregnancy. AND MAKES YOUR PREGNANCY BETTER, SMOOTHER, HAPPIER.  Feel free to quote me on that.

Okay fine. Mayyyybe Tokyo is safe to visit!! But how about Tohoku? More so, Fukushima? I could not answer any of these questions. Because I did not have enough information to back myself up.

But you know what i can do?

I can travel to Tohoku personally.

Especially to Fukushima, while being 6 months pregnant with my second child. Now that, is gonna prove something.

Was i worried? Was i scared?

(By the way, if you are curious. When i told the danna i was going to visit Fukushima, his reply was “Have fun. Please take care and don’t catch a cold.“)

I would never, ever do anything that would potentially be harmful to my unborn child. And making this trip to Tohoku while being pregnant would be the best pledge to show my support to Tohoku, and to the world. 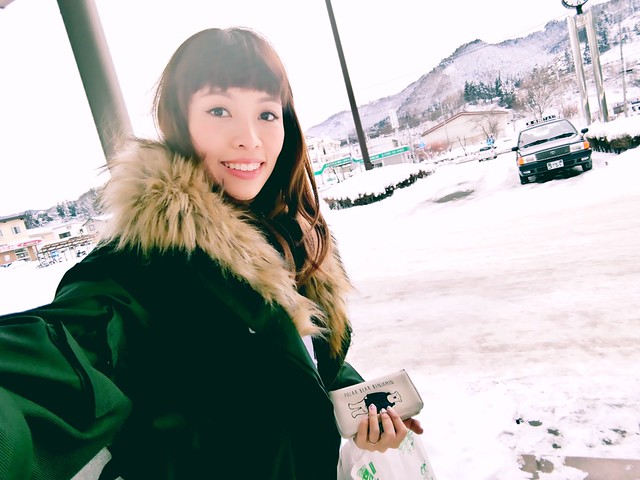 And i am so glad that i did.

It was like i have just unlocked a new level of love for Japan.

So i went to 3 prefectures in Tohoku, which are the three main areas that are heavily affected by the earthquake and suffered a lot of economical and tourism loss.

They are Iwate, Miyagi and Fukushima.

I would be really happy to visit Yamagata, Akita and Aomori in the near future, but right now my mission is to promote the local tourism for these three prefectures, especially when it comes to their food produce. Man, every single prefecture in Japan has such wonderful heritage and its own unique local delicacies, blog posts are never enough!

Even the local media got very excited that a foreigner was visiting their hometown, and i promptly got into their local press and TV news. 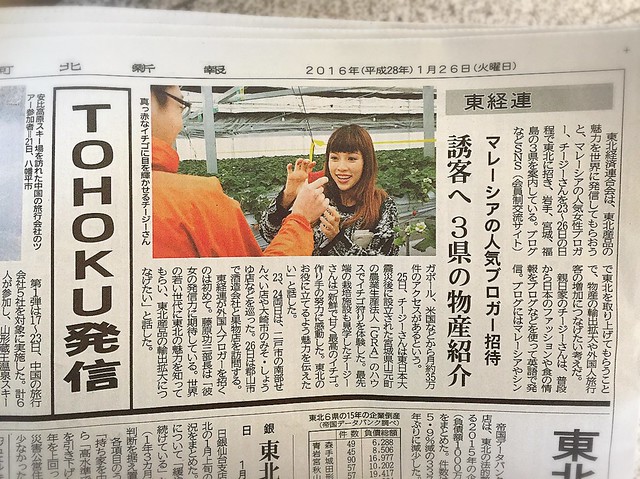 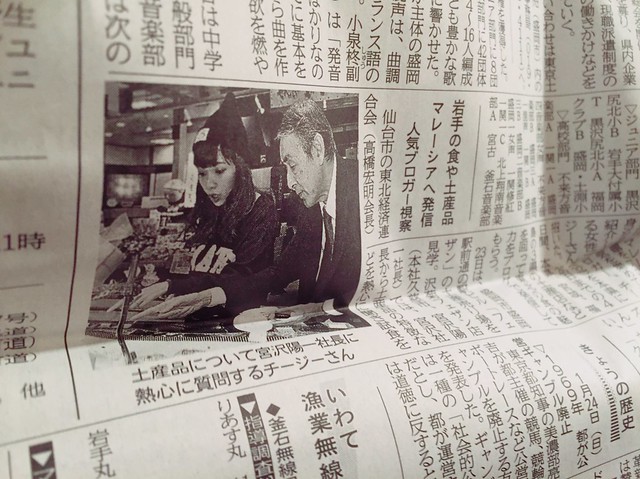 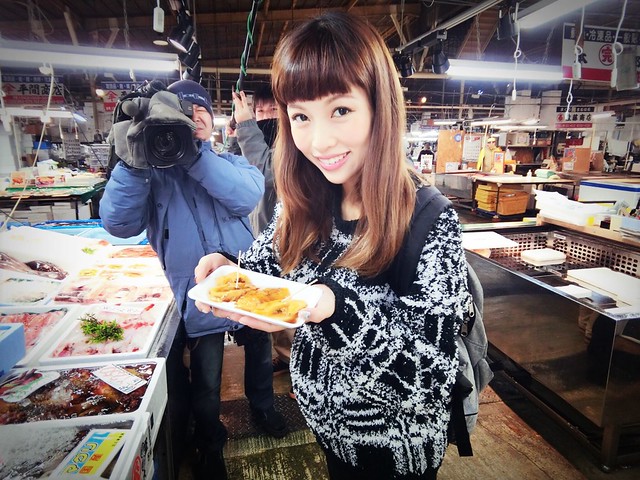 Tourists and visitors are so rare and hard to come by in that area that my visit was like a big deal.

My heart ached so much. If only people around the world can give them a little more faith and support. Even if i couldn’t help much with my mediocre blogging influence, i would still be very very happy to put smiles on their faces, to have them know that someone from Malaysia has come all the way here, to give her full support to Tohoku.

That was the very least i wanted to do.

Anyway, done with the personal, emotional part. But let’s look at some numbers and data now, right? Everybody wants some assurance, some kind of proof.

So. How safe/unsafe is Tohoku? How high is the radiation level?

I was traveling in Iwate and bought a local newspaper (which i was featured in!!) and on the same page there was the daily radiation level report for different towns in Iwate Prefecture. 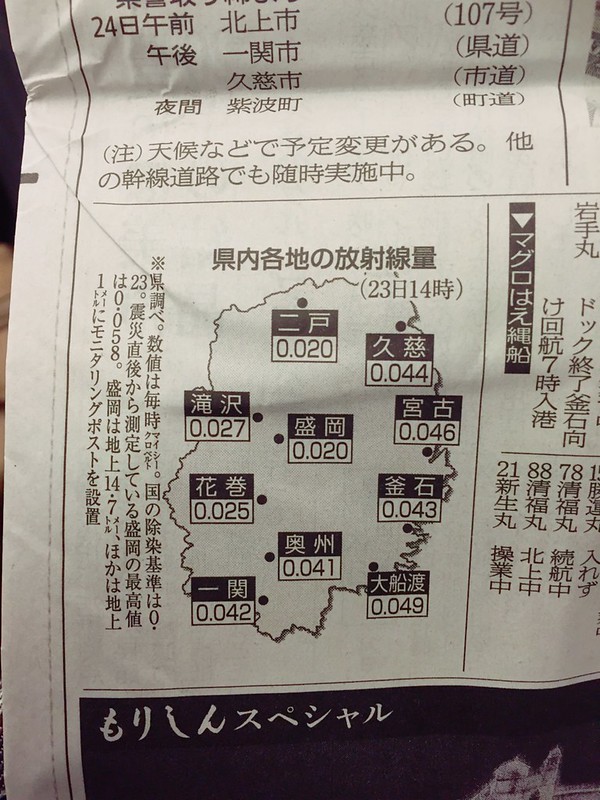 The numbers did not make sense to me as i didn’t know what was the normal level. (By the way now i realized that it is extremely low, compared to other cities in Japan and the rest of the world.)

I am not the expert and i can’t tell you what is safe and what is not. But i can give you perspective.

I am quoting the data collected from ptraveler.com, a blog by two travel bloggers from Germany. They brought a Gamma Scout Geiger counter with them and measured the radiation levels of cities all around the world.

Apparently at where they are from, Germany/Heidelberg has a background radiation levels of about 0.1 – 0.2 micro sievert/hour. So they took that as the norm for a city and did comparison with other cities to that reading.

They had a radiation measurement blog post on major cities in Japan, including Tokyo, Kyoto, Hiroshima, etc.

And according to them, they observed the values of 0.1-0.2 uSv/h in Tokyo, and this is typically less than in most cities around the world (just to compare, in Hong Kong, background radiation rises up to 0.8 uSv/h in some places).

So now you can see that at Iwate, the prefecture i was traveling to, the reading is even lower than Tokyo, with one extra zero after the decimal point. And apparently in Morioka, the capital city of Iwate prefecture, the highest reading after March 11 disaster, was 0.058.

Let’s look at some of the Japanese cities: 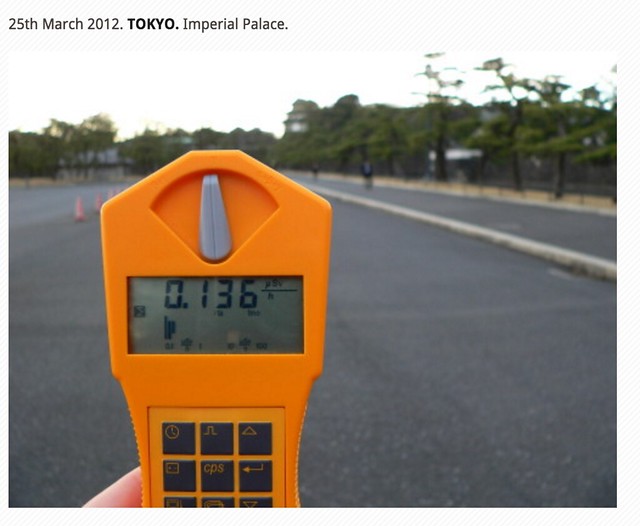 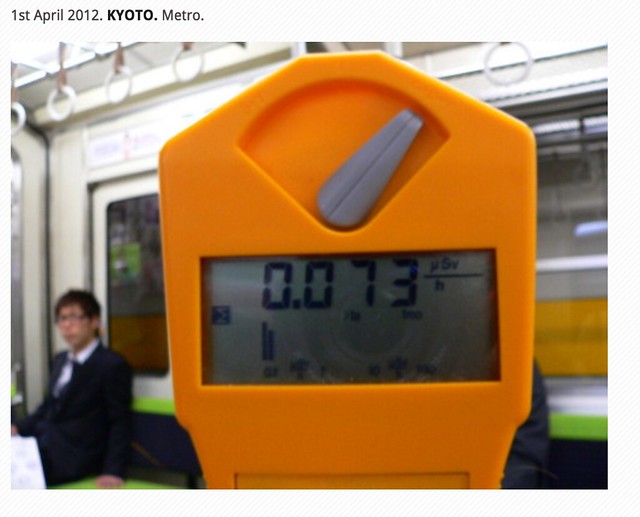 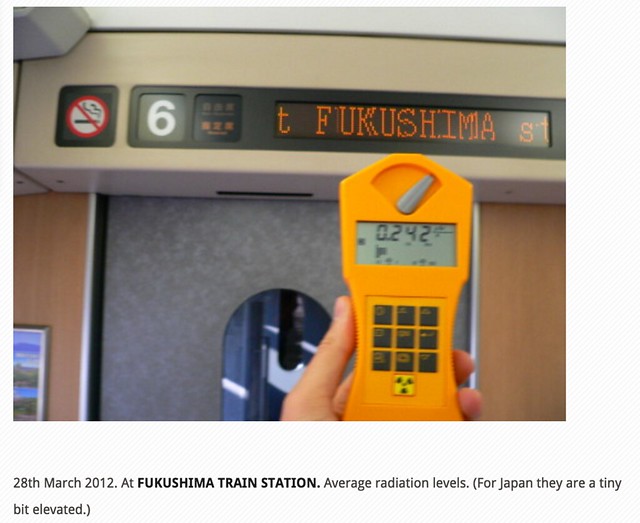 A little higher but still within the average measurement.

Anyway, all these readings were done in 2012 so they are outdated. It was just a year after the Nuclear disaster and i would assume that by now it should be even lower.

Are you wondering now, about the radiation level in Kuala Lumpur?

Since so many people are so afraid to visit Japan, let me give you perspective, again. Quoting from the same travel blog, when the two bloggers travelled to Malaysia and did their measurement: 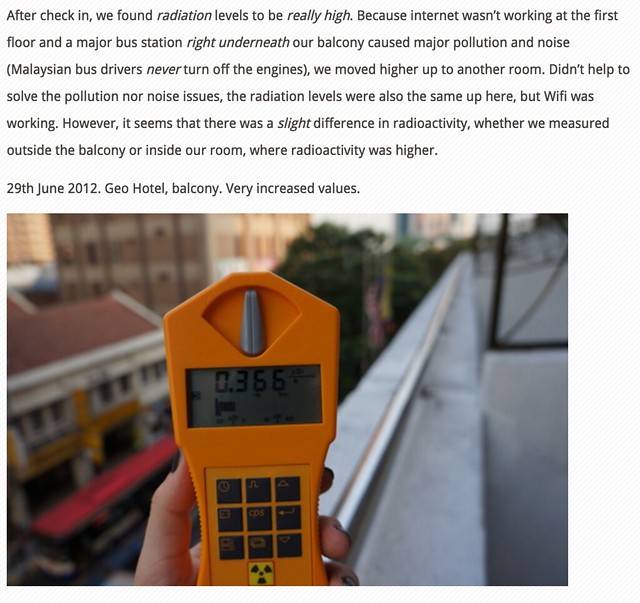 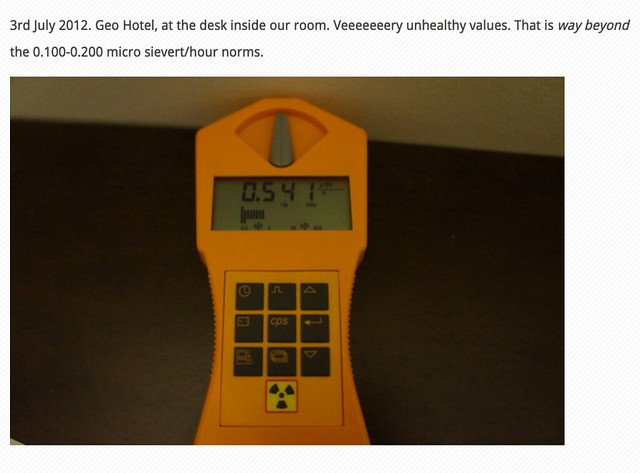 Dear Malaysians. Our city has more than double the radiation that of Fukushima.

How does that make you feel now?

If you ask me, honestly, I would think that chances are I would die faster in Malaysia compared to Japan, with all these unknown radiation, pollutions, stress, robbers, kidnappers, inconsiderate and reckless drivers, HAZE!!!!!, and rude service staff. Honestly.

But i don’t want to get too far.

So. My point is, I have read waaaaaaay too many baseless articles and heard way many false rumors regarding the safety of Japan, usually circulated in Chinese, started from Weibo, terrifying every single Facebook-addicted Malaysian aunty.

And i just thought it didn’t deserve to be sabotaged by people who had ulterior motives.

I mean, there are bound to be people commenting and pasting all sort of links again, but to me, it’s really like the reader who told me via Instagram when i was pregnant with Junya that “you should stop eating strawberries. It will give your baby allergies“. Yeah? Alright. Thanks for letting me know.

Anyway, if you are interested, here’s a report on the “Fukushima Food Safety Conference” which was held on September 22 in Milan, Italy. The conference was held to disseminate accurate information on the situation in Fukushima to the world at large and to reinforce steps toward the region’s recovery. If you have the time, it is a very interesting read.

Also, i have a personal dear friend, Sue Ann (Malaysian) who went on a student study trip to Fukushima in 2012, including the border of the evacuation zone that’s just ten kilometres away from the Fukushima Daiichi Nuclear Plant. You can read about her Fukushima travelogue here. It was really eye opening as she was probably one of the first foreigners/Malaysians who has been this close to seeing how it really is like, after the disaster. I really admire her and wish i could do the same.

And that is all for now.

Enough of all the heavy stuff, and now i am on my way compilation my beautiful and amazing journey through the three prefectures of Tohoku.