If given a choice, I think most people (especially Malaysians and Singaporeans) will avoid traveling to Japan in summer as they often have the image of Japan in this unbearable heat during the season. I was one of them.

I had been to Japan in summer several times, late June/early July. It was as hot as KL/SG, but as a traveler you often feel that the heat is worse than the tropical cities because, well, back home we are mostly staying indoor all the time or hide inside a mall.

So yes, I had to agree that, summer was probably not the ideal season to visit Japan if you are not a fan of sweaty activities and hot climate. I avoided visiting Japan in July-September as much as I could.

The danna questioned my love for Japan. That I don’t love all of Japan because I did not love summer in Japan.

I was quite shocked to find out that it was true. As much as I claim to give all my heart to her, my love for Japan was conditional. I was selfish. I only wanted to love the parts that was convenient for me to love.

It was not true love.

I got disappointed in myself, so this time I decided to embrace the full blast mid summer heat and we came to Japan right in the peak of sunny seasons, mid July to early August. Before we traveled here, I saw the weather forecast on TV saying that this year’s heat will be more excruciating than the previous. (Just as every year. Basically summer is getting hotter and winter colder every year. This earth is wrecked big time).

I was prepared to spend every day feeling irritated and physically weak from the climate. I did not even plan many activities because I didn’t think I was ready to collapse in the heat on a scorching hot tarmac.

I fell in love with summer in Japan.

I never thought I would say this, honest. But I did. For several reasons.

1. Japan loves me back

As always. I intensely believe that as long as you give your true heart to Japan (surrender yourself or whatever, in religious terms), it will love you back, twice as much.

Today is the third week of our travel in Japan, and so far, the weather had been amazing every single day. Heat? What heat!! Mid afternoons are breezy warm (feels like 28C) and night time is just the right amount of cool! When I had to head out, it was always party cloudy. When I had to spend the whole day outdoors, it was always cool due to the rain on the previous day (which I stayed home).

Our summer days are perfect.

I am considered quite an early bird (what to do, I am a mother.), and I usually wake up without qualms at 7am. But here in Japan, I wake up every day happily, feeling recharged, at 5am plus. Sun rise is 4:30am here at mid summer and by 5am, our room is all brightly lit with natural sun light. 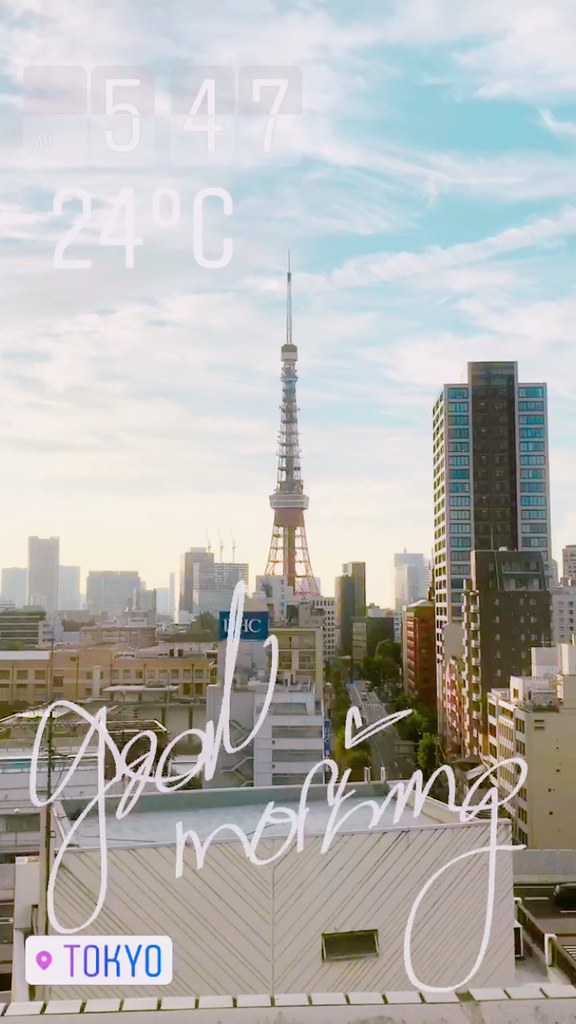 This was today. That’s the view I woke up to. What not to love?

I am now typing this in the Shinkansen en-route to Aomori prefecture (the 30th prefecture for me!!! YAY!). 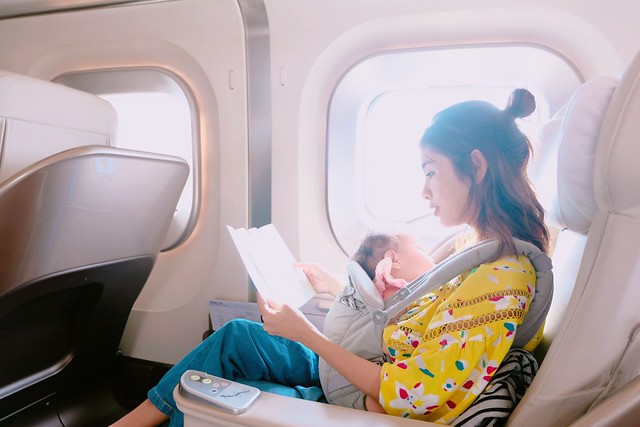 We boarded the ride at 8:40am. Waking up extra early gave us these added hours in the day to have a head start.

Sunset in summer is also stretched all the way up to 7-7:30pm. We have a full day of sunlight for all the fun!!

Did you know? You can only see a special Tokyo Tower light-up in summer season for a short 3 months!

The romantic orange lighting that everyone knows is the so-called “winter version. Tokyo Tower’s Landmark Light “changes its clothes” for the season, and the summer Landmark Light uses silver lights called “metal halide lamps,” and their trait is a white tone with a refreshing and cool image. Every year on July 7th, from the night of Tanabata, the lighting changes to the summer-type. 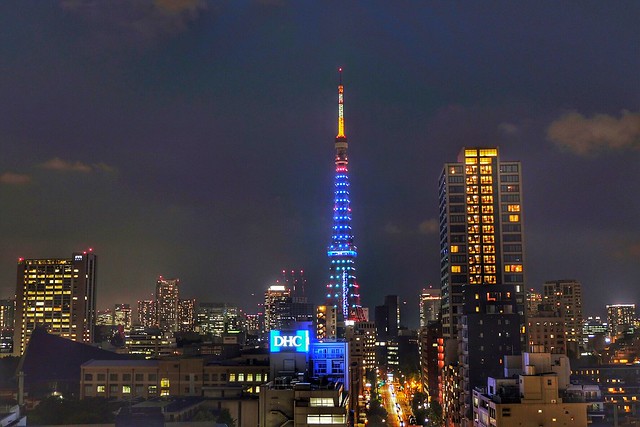 On a special day it was lit-up all blue!

One of the main reasons why we came back in summer was for the danna’s surfing. He had been so busy that he had not had any time to ride the waves.

We usually go to Bali or Gold Coast because when we are back to Japan, it was always winter season. It was nice to finally to back to Japanese waters!! 😀 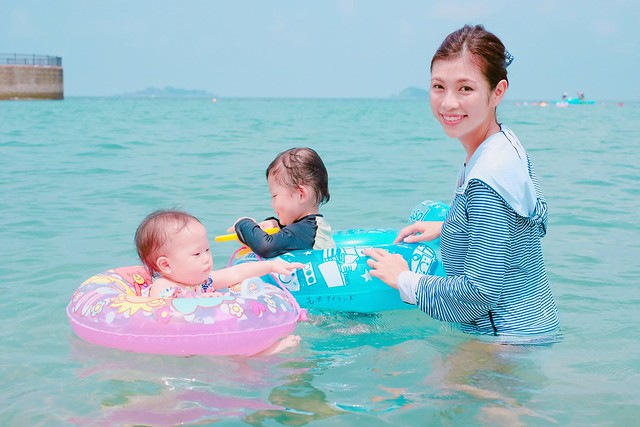 As crazy as it sounds, it was my (and also Cheesiepetit’s) first time in the Japanese ocean. (I stepped in sea water before but not fully in swimsuit!) The water was crystal clear, it was also very warm!

Had I not been back in summer, I would never have caught the breathtaking sight of sunflower fields in cheery bright yellow and lush green contrast. 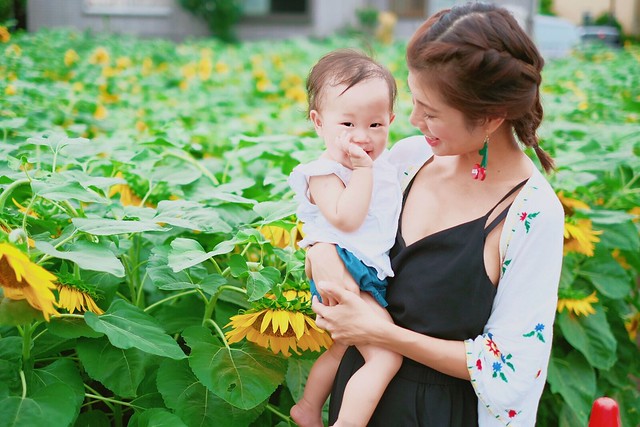 Japan is known for Sakura in spring, but this was my first time to a sunflower garden in summer time!

As it gets warmer towards the seasons, the grass and trees also look extra fresh and lush. And of course, if you travel up north to Furano, Hokkaido, there’s also the famed lavender field to lust over!

Among all the Omatsuri (festival) in Japan, Hanabi Taikai (fireworks show) is probably the most celebrated across the whole nation. The biggest and the best shows are always happening in mid summer. 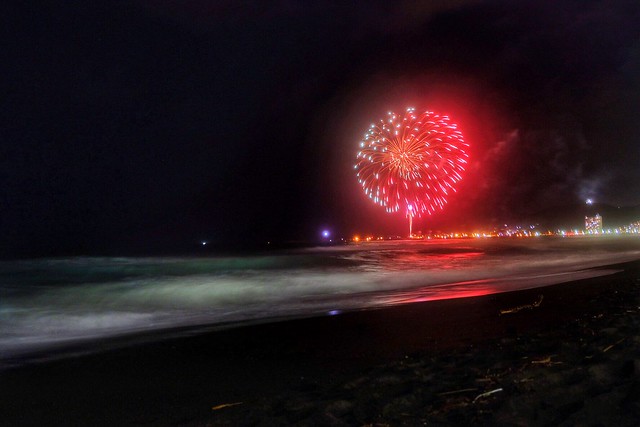 We had the honor to witness two shows, one in Isahaya, Nagasaki prefecture and the second one right by the beach in Kamogawa, Chiba Prefecture.

A lot of young girls get dressed in summer Yukata during the festivals, so it’s exactly like all the summer scenes you see in manga and anime! 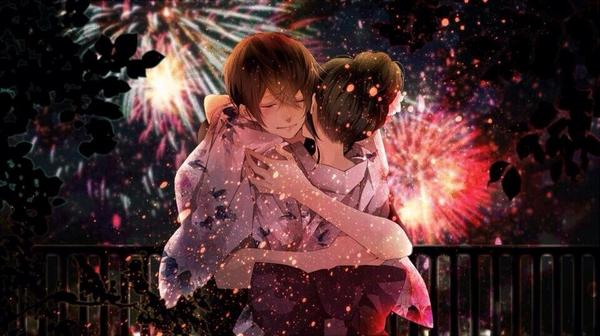 You may do this with your darling if you like lol.

One of the best things about seasons in Japan, is of course the seasonal produce and limited edition everything!! 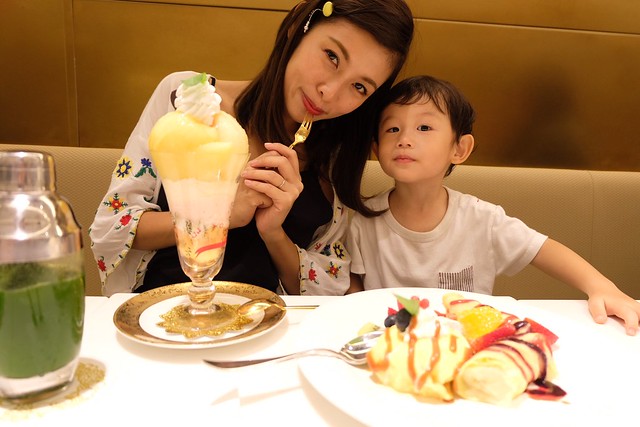 Ichigo is off season now, but summer is all about peaches, melons and grapes!! 😀 There are also pineapple, mango and lychee flavored everything, which might not be such a novelty for those from the tropical lands.

Everywhere you go you see summer edition, which means new varieties in Starbucks, seasonal edition drinks, special flavor everything, which could be savored specially in summer time only.

So yes. In conclusion, I want to learn to love ALL of Japan. Just like loving a person, sometimes you have to come to accept the flaws and see the beauty in them. 🙂

Now I have arrived in Aomori and the weather is so perfect! 23C at 2pm. If you plan to go somewhere for summer holidays, head north in Japan! ^^