We found out the baby’s gender by accident.

I had a bladder infection during my 16th week of pregnancy and got admitted to the hospital. My obgyn gave me an ultrasound check to make sure baby was alright. In the middle of the scan she was like

I looked at her in utter  shock, and she was like, “you did want to know the sex of your baby, right?”

I did, but i was also overconfidently sure that i was having a girl. So sure that the word “kuku” has not ever even crossed my mind wtf. I just knew i would have a girl. I would name her Lisa (in one of my pregnancy dreams, there was two little girls, who appeared to be my daughters, and the younger one called her sister Lisa. So Lisa it was).

But i was having a boy.

And so the whole list of cute baby girl names i jotted down over the past few months in the memo pad was to be burnt.

The first thing i said to the danna was, “well, the name is your job now.”

The baby’s name was “baby”, until yesterday wtf.

Many many many of you asked me on Instagram what the baby’s name was, i couldn’t reply because we didn’t have a name for him. Yet.

I didn’t realize how hard it is to give a new human a name.

We named Champon Champon because we wanted to eat the Nagasaki Noodle and were like, hey! Let’s name the dog Champon. But i cannot name my son Mentaiko just because it happens to be in our kitchen menu every week. Likewise the danna cannot name his son “Awesome Surfboard”.

The older you get, the more people you meet, the more friends you have, the more internet you use, the less names seem to appeal to you. (I mean, who would name their daughter Sadako, which is actually a beautiful name before the movie ruined it forever?? You like “Emily” but then suddenly you thought of the mean girl who bullied you in primary school.) You may want a unique name but you have to make sure the name you pick isn’t something other people can make fun of, and doesn’t sound weird or carry obscene meaning in other languages, etc etc etc. Because it is for life!

And then almost every other name you have in your name dictionary is bound to get spoilt by some kind of assholes in this world. Even if it isn’t, Google will spoil it for you.

For example i really quite like the name Narissa (when i thought i was having a girl), so i went google it and turned out it is a Disney witch queen who uses black magic and in the end falls to an explosive death wtf. Another time when i finally found a boy name that i think was super cute (like, oh-my-god-this-is-it cute), i found out it is the nick name to some shit boy band members and i was so so pissed off cuz i didn’t want people to think that was obsessed with some lame teenange pop idol wtf. Then in other occasions, the google images of a few names i typed in turned out to be porn pictures WTF.

It was so difficult i almost wanted to give up and just call my son “Hi baby” forever.

So then we just pretended it wasn’t something of urgency and shrugged it off, until our son was actually born. And that we had to register a name for him within 14 days. And it was getting awkward because our friends didn’t know what to call this baby.

Finally today we went to JPN and made him a birth certificate. He officially exists in this world. With a name.

And his name is Junya. 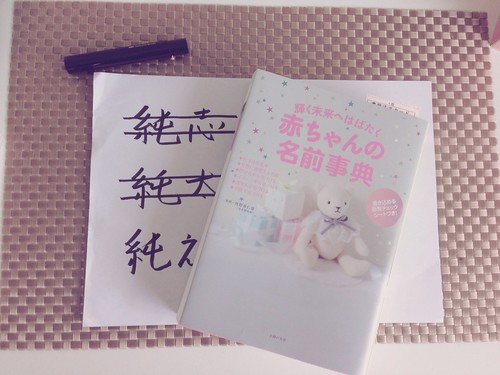 In Japanese it is written 「純也」because i always like the Kanji 「純」(pronounced “Jun”).

Initially we thought of calling him just “Jun”, since coincidentally he was also gonna be born in June. And if he happened to come to this world on 1st of June, confirm we would call him “Junichi” 「純一」（literally “Jun First” or “Jun One” lolol). Too bad he was born 10 days later, on the 11th. Then we briefly considered calling him “Junichiichi” (Jun One One) lolol. But briefly only la. Didn’t want him to hate us for the rest of his life lol.

ANyway the Kanji 「純」 means pure, or purity. And i want him to grow up having a pure and kind heart just like his papa. Which to me personally is really really the most important thing a person can ever have. And that it is all that matters in the end. 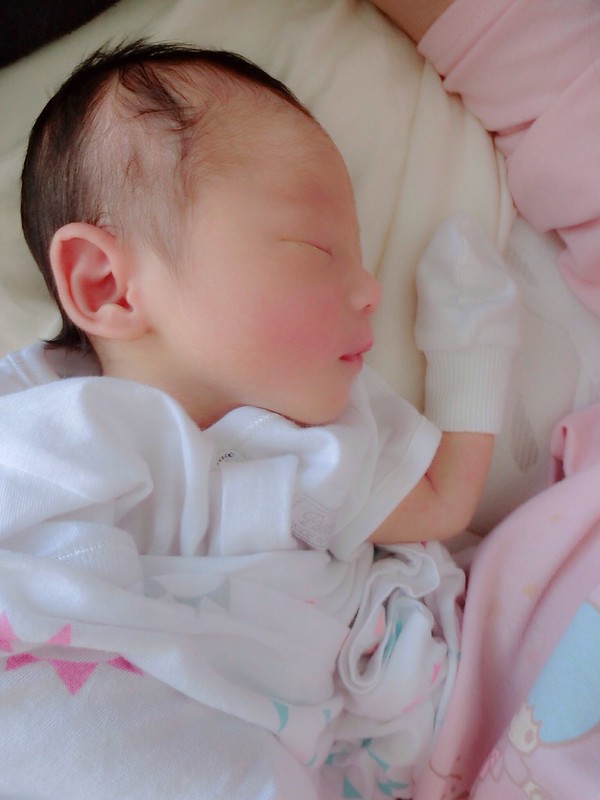