So RinRin and i decided to check out the new Kiki & Lala (Little Twin Stars) Cafe in Shibuya. We have been to most of the theme restaurants in Tokyo and we can’t miss this one out! 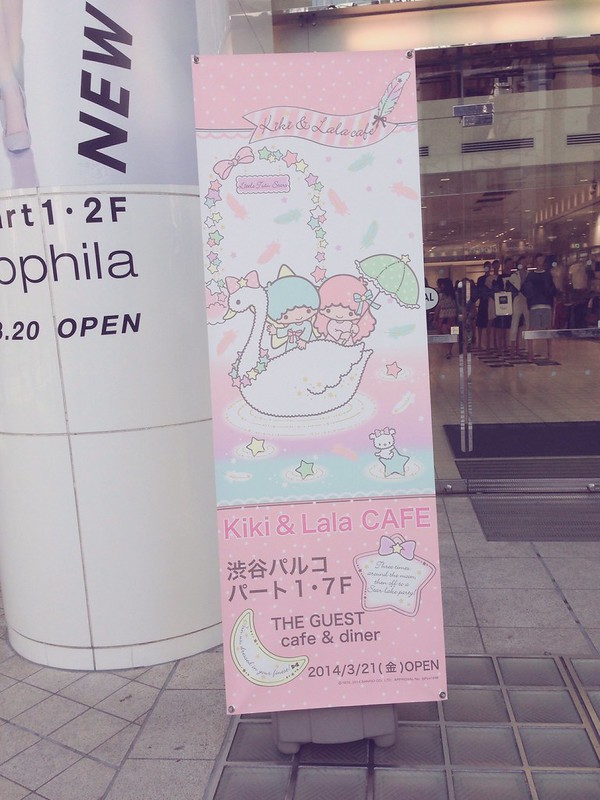 The cafe is at Shibuya Parco, about 5 minutes walk from Shibuya station.

And the funny thing is my reader Hermes wanted to meet me up while she was in Tokyo, and soooo happened she and her friend was also going to Kiki & Lala Cafe, and she told me the queue was 2 hours long WTF. And they were already half way queuing, so when i arrived and joined them i just had to wait like 10 minutes lolol super opportunistic. XD 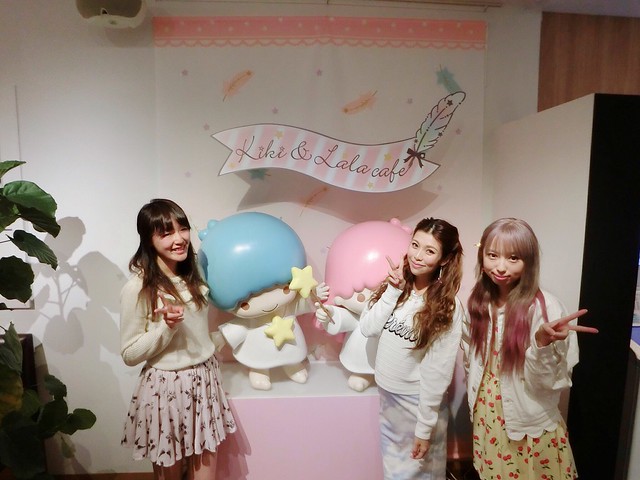 Hermes and her friend, whom she met for the first time in Tokyo, who also turned out to be RinRin’s ex classmate from LA. This world is really too small. 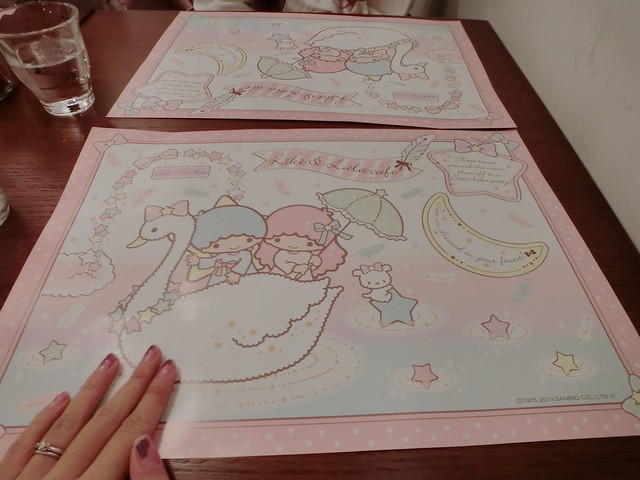 Ok la the cafe is quite nice, pastel and all that with a little store in front where you can browse and buy Kiki & Lala merchandize without lining up. The interior is quite simple though. I feel that for the kind of price they charge they should have put in more effort. 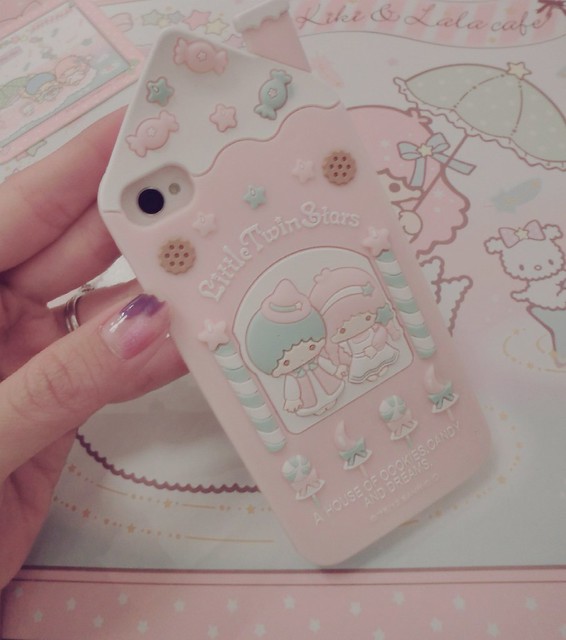 Hermer’s LTS iphone case. Wa she really dressed to the occasion to the max! 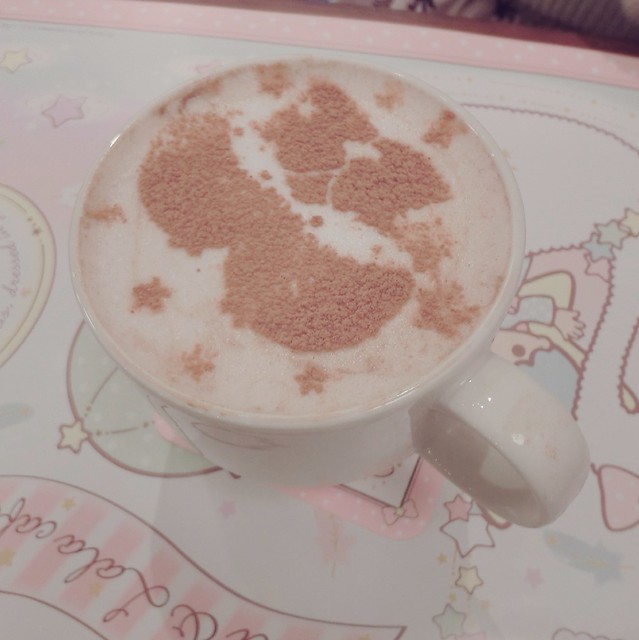 RinRin was late so while waiting for her we ordered our drinks. Obviously everybody wanted to order cute character beverages, and the only Instagram worthy ones are all cafe latte wtf. The rest are like soft drinks and sodas. Sien. 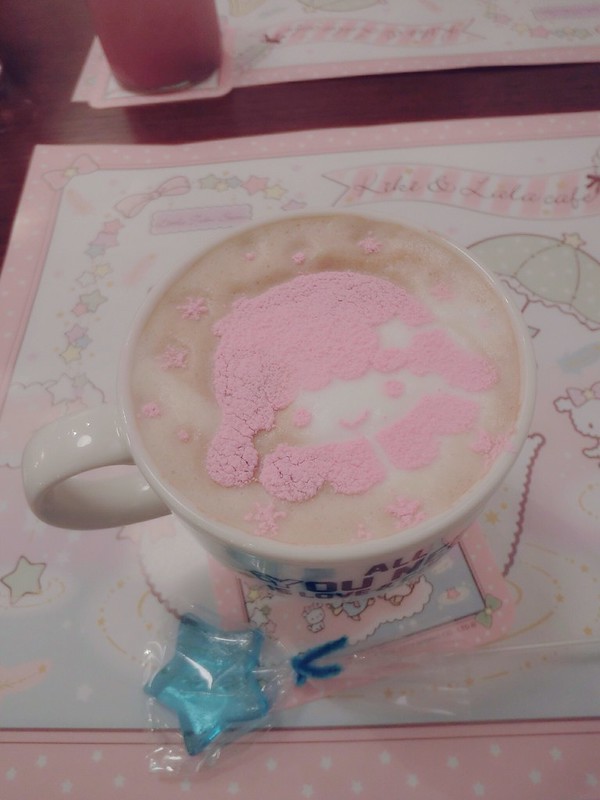 I don’t drink coffee, (what’s more pregnant) but really no choice i had to order this cafe latte just for the picture. You are welcome. 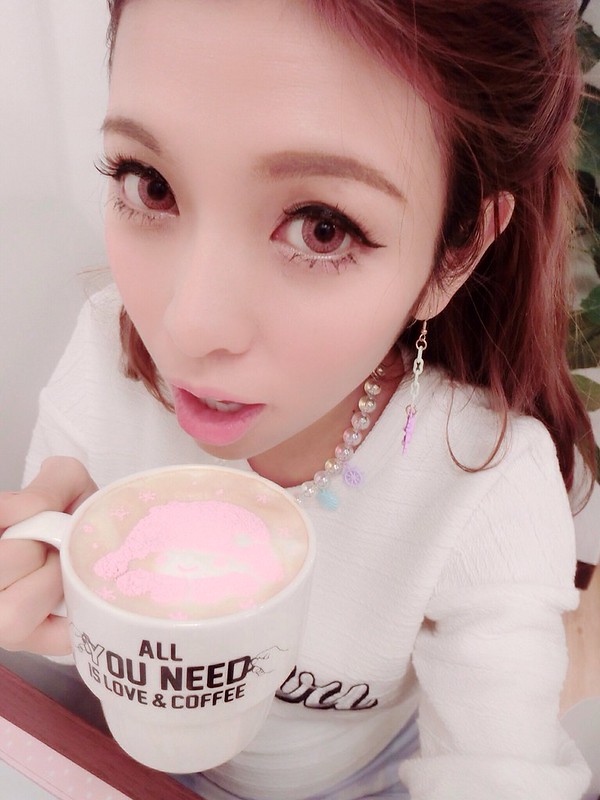 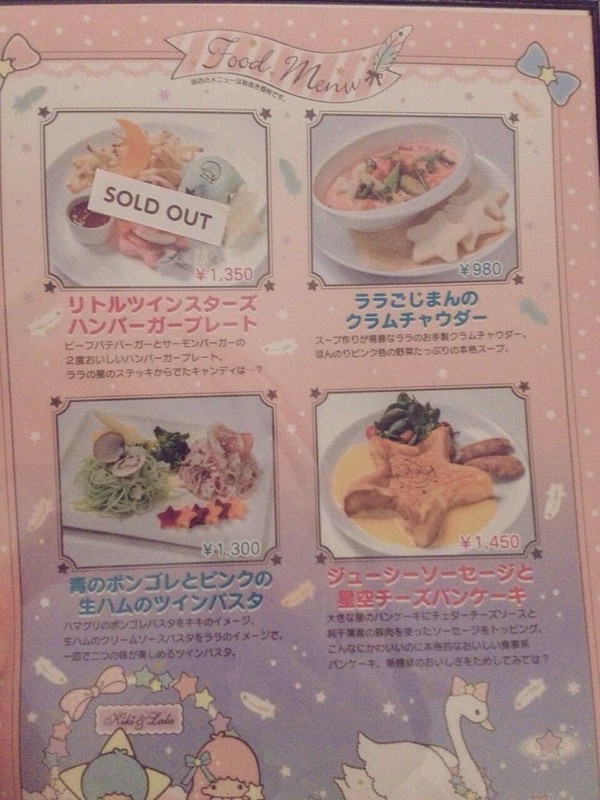 The only cute one (Little Twin Stars Burger Plate) was sold out. The rest are really quite meh. 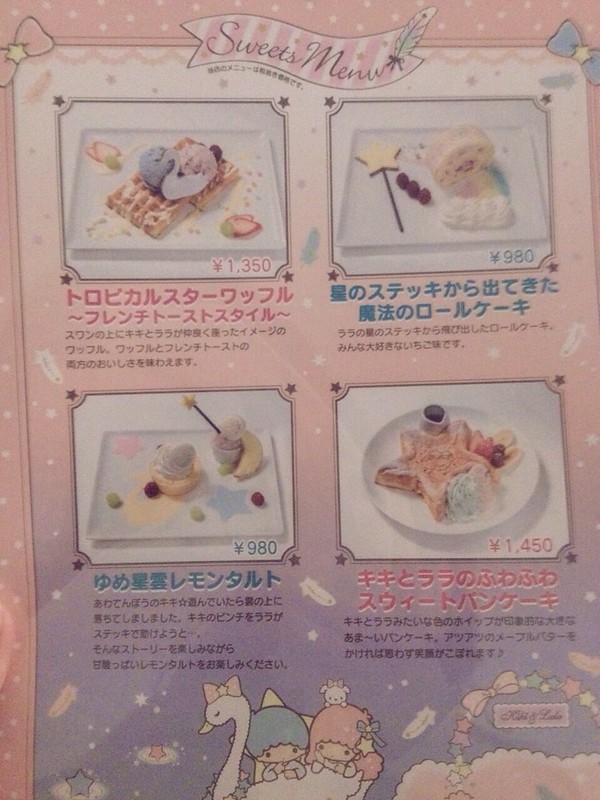 The dessert looks not bad though! 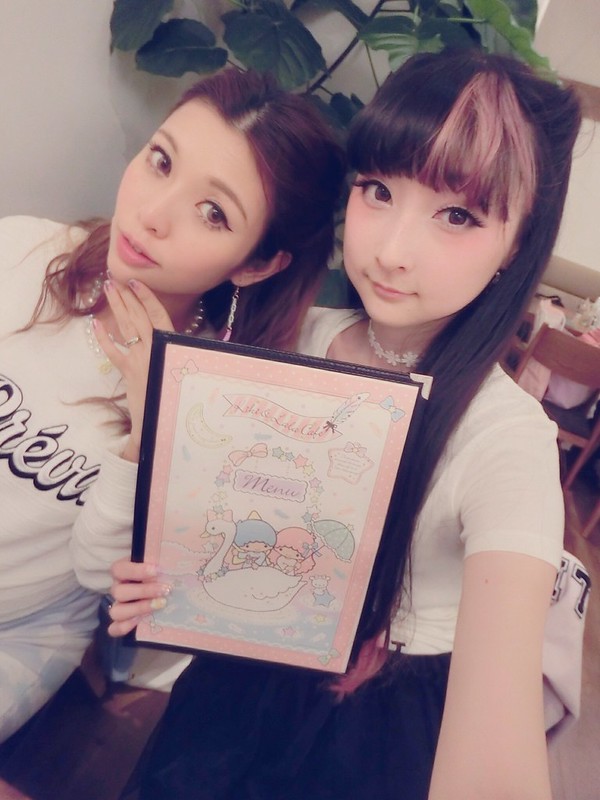 And RinRin was finally here! 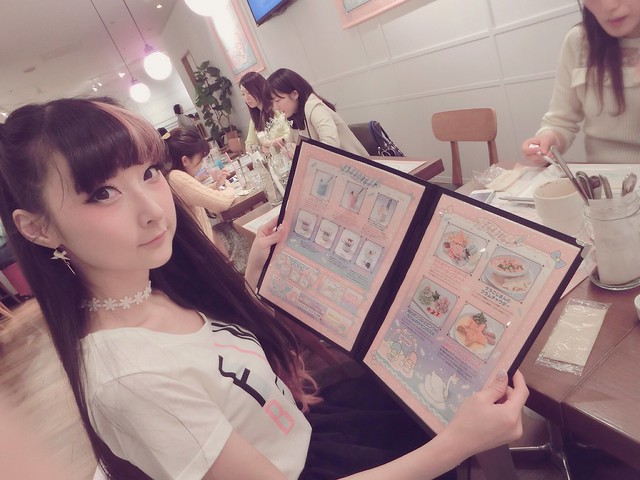 Since there were four of us, we ordered one each from the menu so we can take picture with each other’s food lol #annoyingbloggers

But anyway we had a big problem. RinRin is lactose intolerant, so ALL the desserts on the menu was out of the question. For the mains, the Clam Chowder and pasta was cream-based, and the pancake has cheese in it. And the only non-dairy burger is sold out wtf.

THERE WAS NOTHING SHE COULD ORDER LOL.

In the end RinRin requested if the pasta could be made cream-free, and the waitstaff was quite polite and helpful, she ran back and forth the kitchen to ask the chef, then she came back finally looking a little nonplussed, and said if it is made without cream, the taste would be “quite mild”. 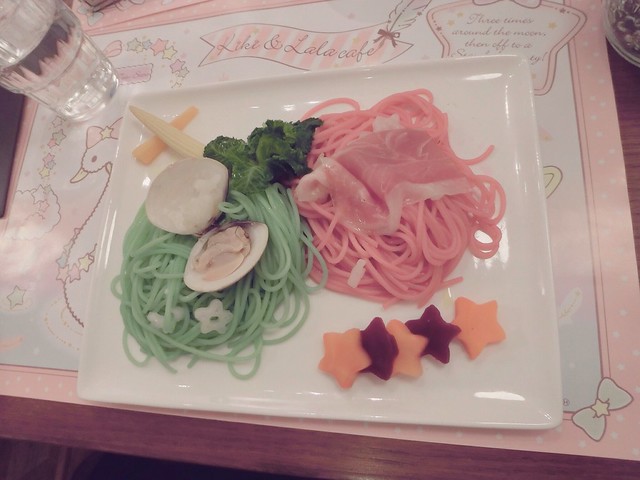 Her pasta. Without cream.

According to her it tasted like boiled plain noodle with a piece of ham and clam on top LOL. 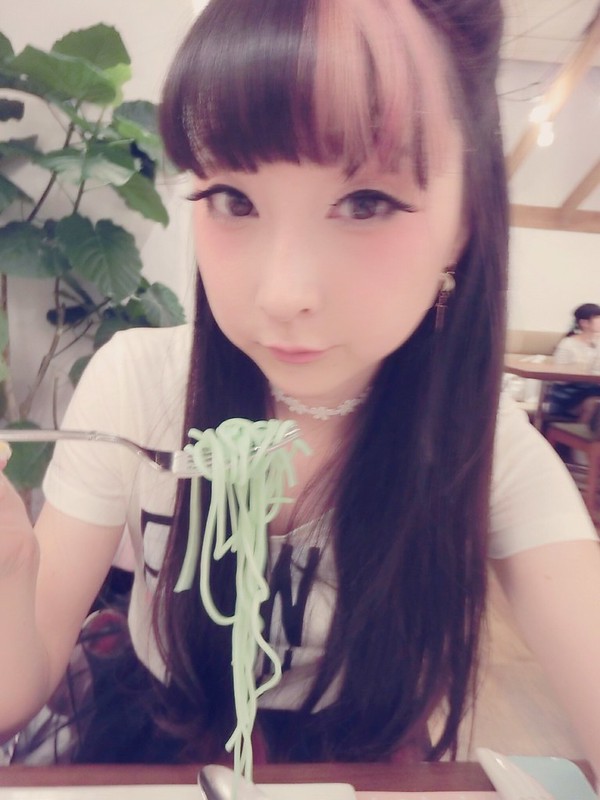 Most tasteless pasta in the world 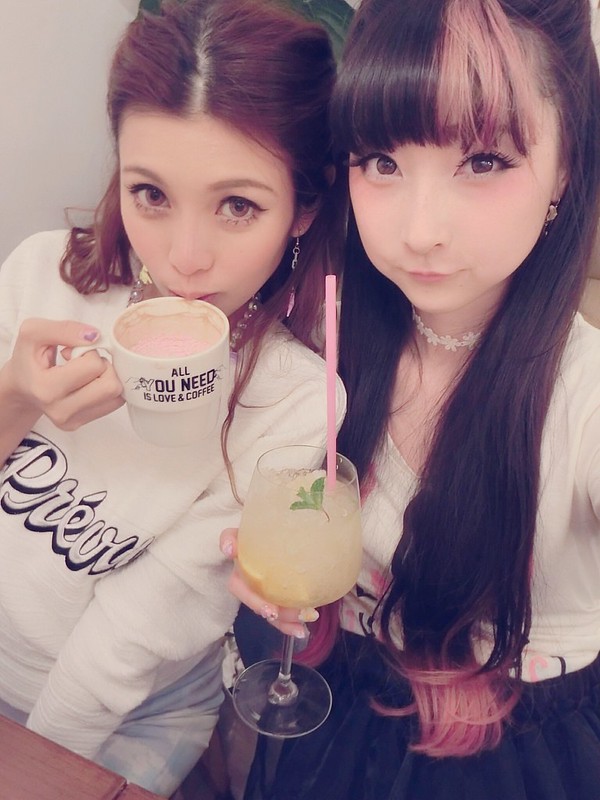 See my latte not diminishing lolol 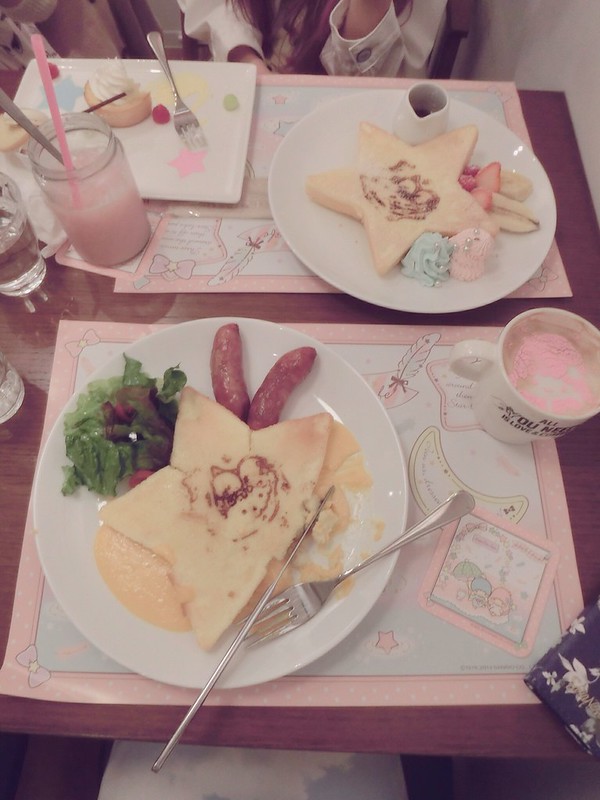 I don’t ever remember having bad food in Japan. Ever. But this has to break the record. Granted it is a themed restaurant so we didn’t have high expectation in the first place, but i give it 2 points for effort. They are so lazy with the menu they have the SAME pancake for both savory menu and dessert -_-. 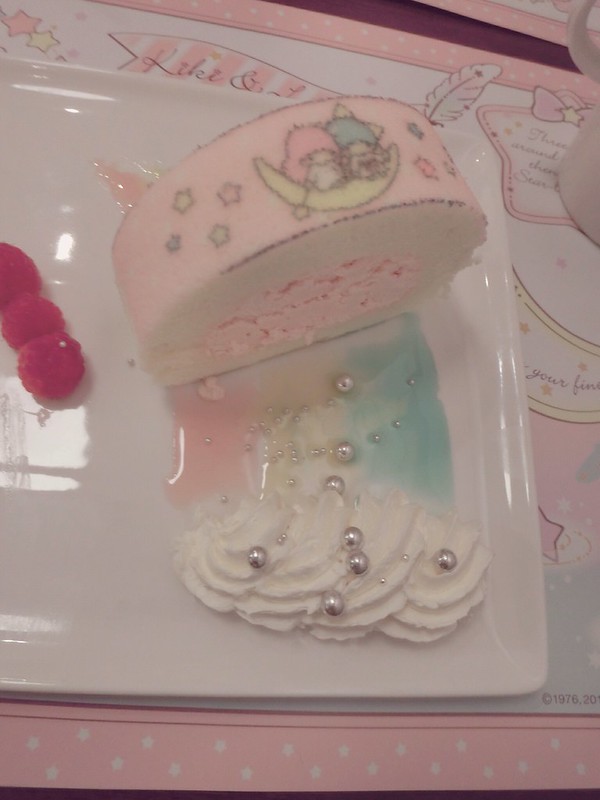 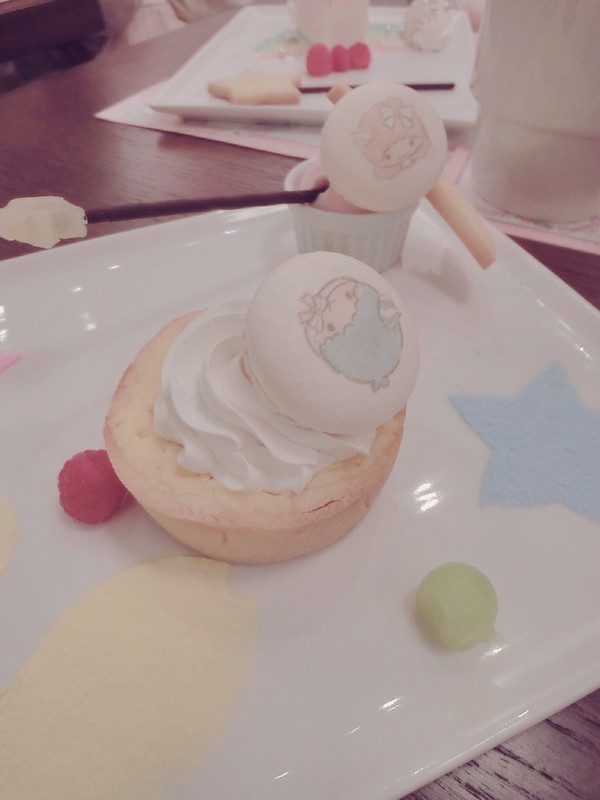 But i guess there will still be people going there just for the photos! I guess it is not as bad now since the hype probably died down a little and you probably don’t need to line up for 2 hours to get in. 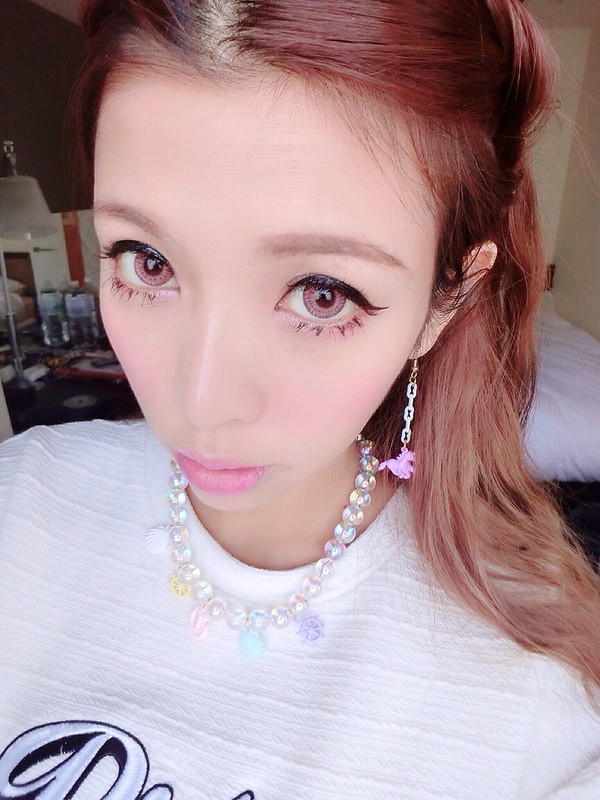 Make of the day 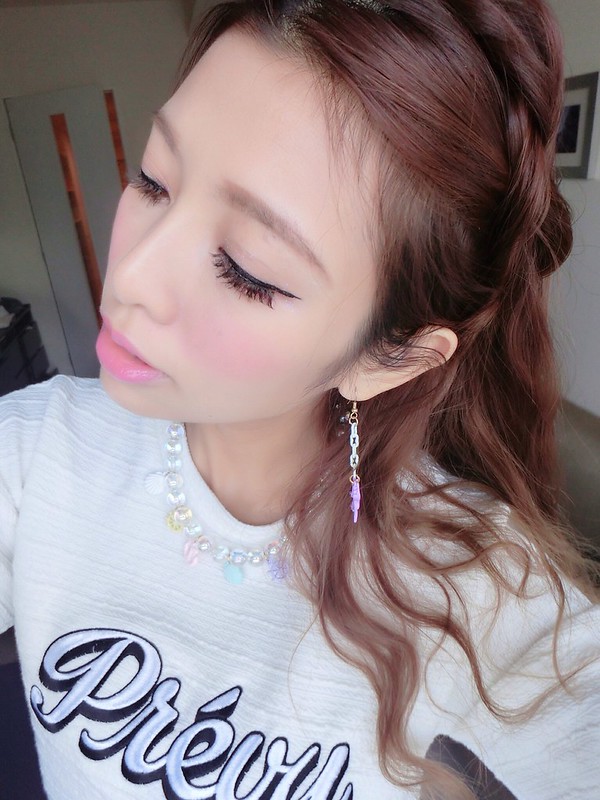 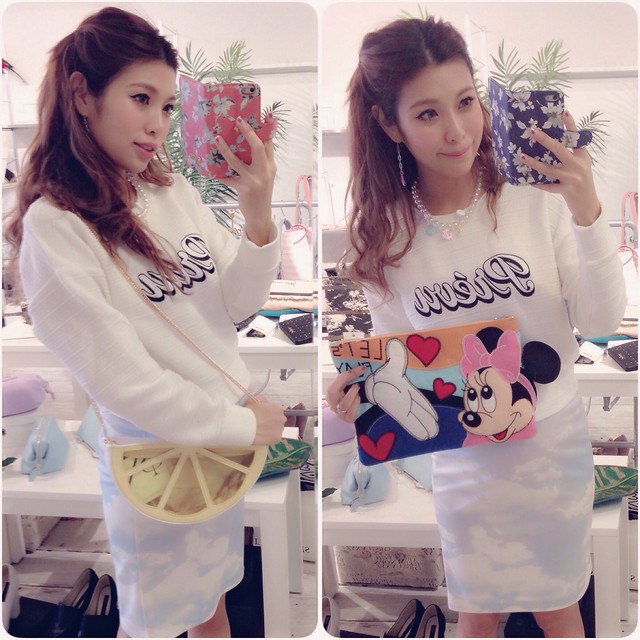 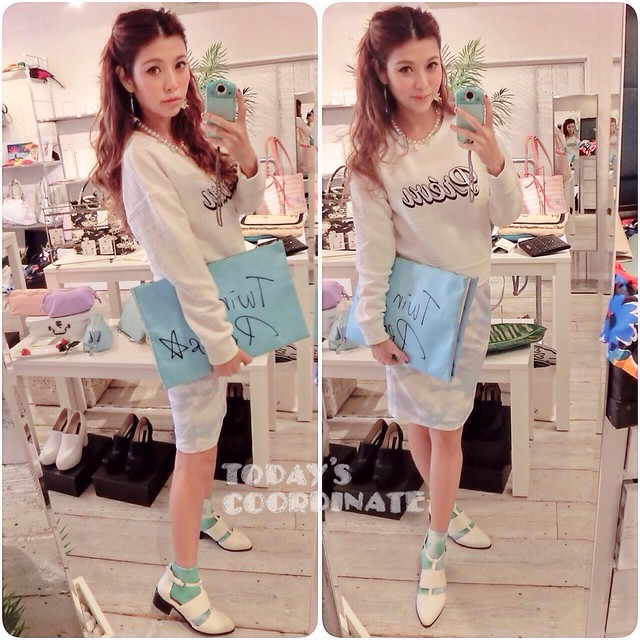 The paper bag with real hand-written signature on it! 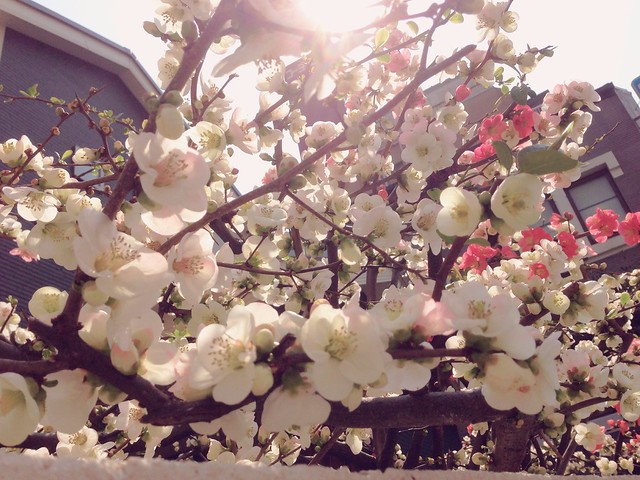 Also on the way to the press room i saw a beautiful bloom! I think it is ume (plum blossom) 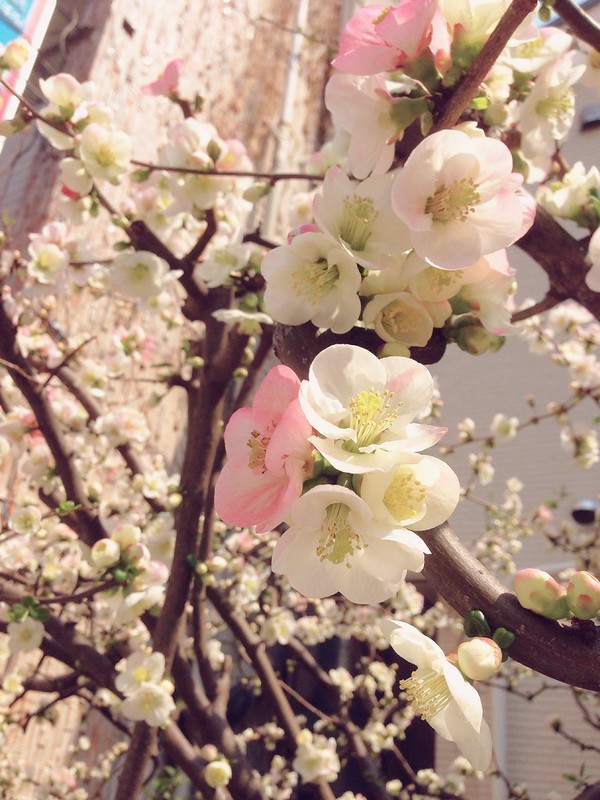 Will blog about hanami soon! If anyone is still interested #awkwardlaughter