Some people told me before that they don’t read my blog when it is a food post, because no matter how yummilicious the food looks, they don;t get to eat it anyway, unless they fly to Japan.

Lolol true also ah if i’m my readers i will be quite pissed off also.

So if you love Yakiniku, this is to top up your piss-offness. So, feel free to have beef with me (LOLOLOL).

Anyway it is a forever unsolved mystery how i only gained 1KG of pregnancy weight during my one month stay in Japan, because i ate Yakiniku all the freaking time. Like, average 3 times a week. And trust me, that’s A LOT of meat. I probably ate accumulatively a whole Japanese cow wtf.

It was almost like i was on a Yakiniku hunt throughout Tokyo.  Just two days after Yoroniku, Omatsu san and friends brought me to Meimon, their favorite and number 1 Yakiniku in Tokyo, although he hasn’t been back there for 4 years since it is a little far out and very very expensive (be prepared to spend at least ¥10000 per person!). 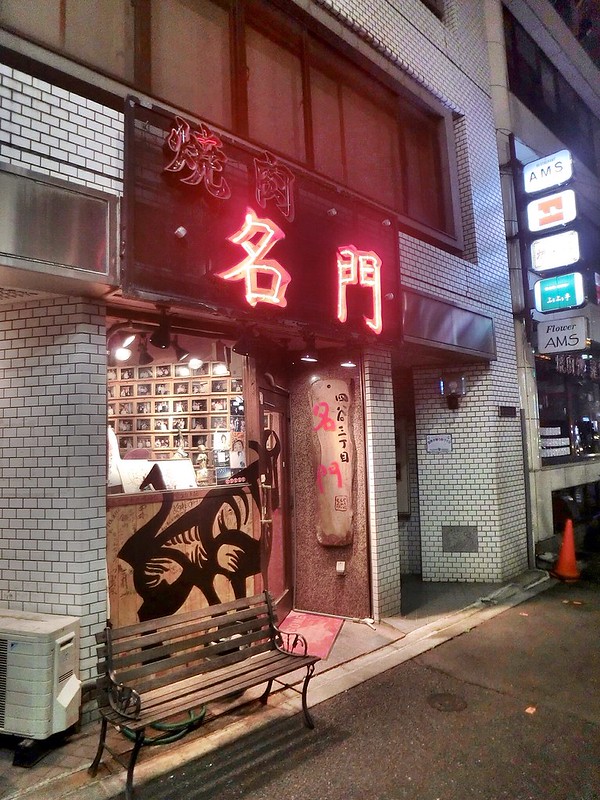 And totally not atas at all. But Yakiniku is not really something atas anyway, you end up smelling like BBQ human at the end of the day. 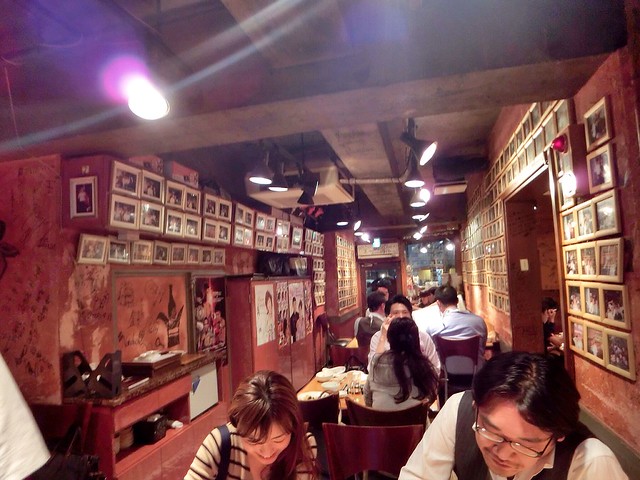 The interior! It’s full of photos of famous people who had been here. 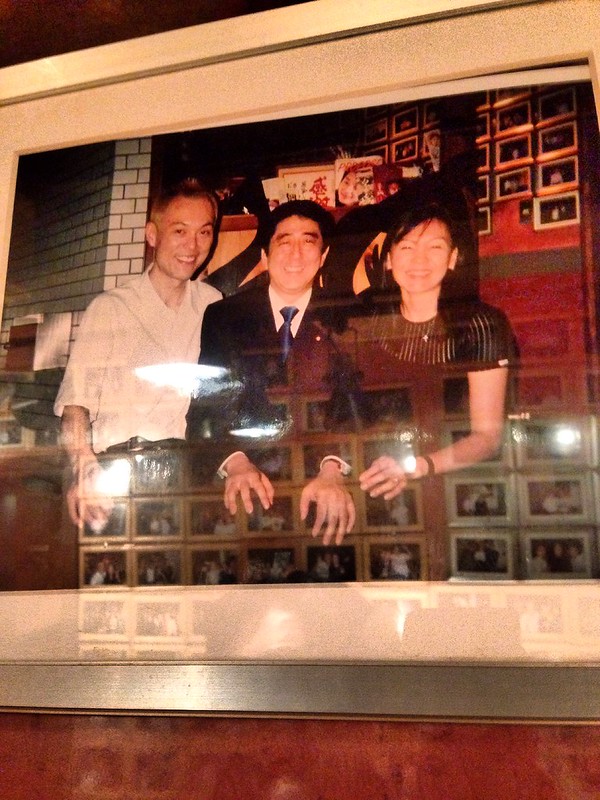 Including the Japanese prime minister. 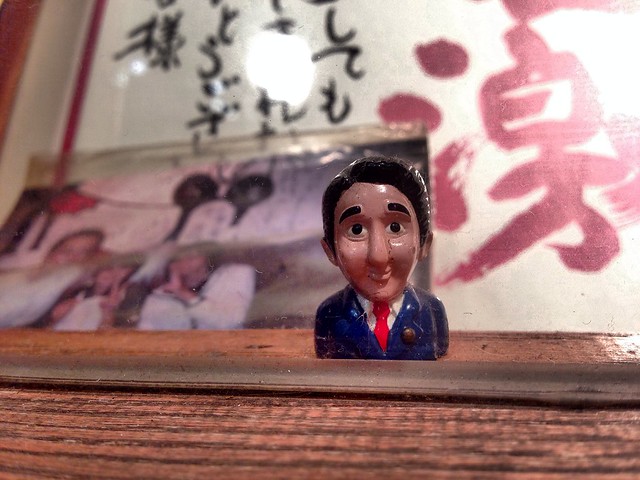 An Abe figurine hahaha quite cute! 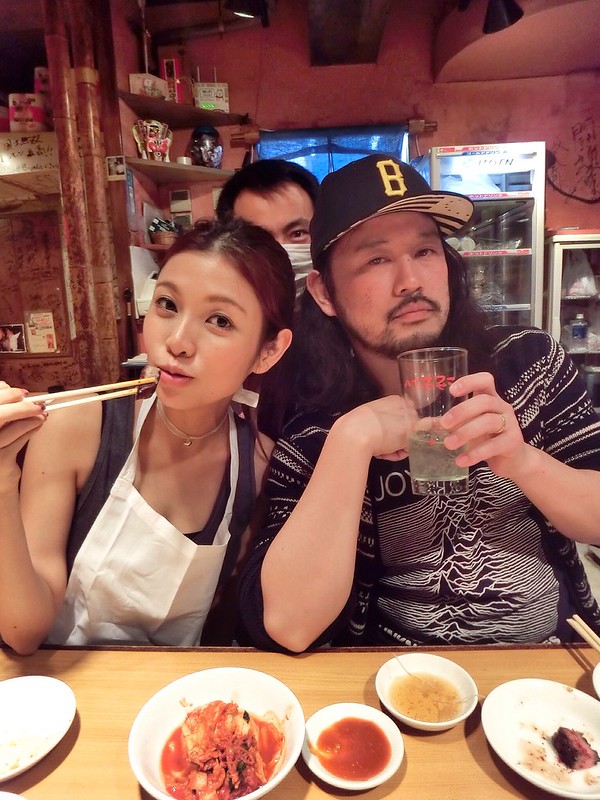 My Yakiniku buddy Omatsu san and a photobombing staff. 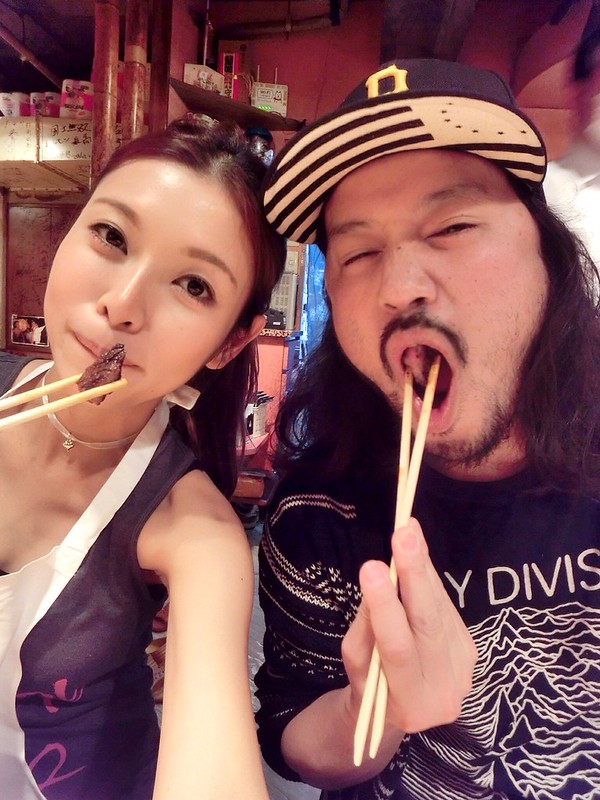 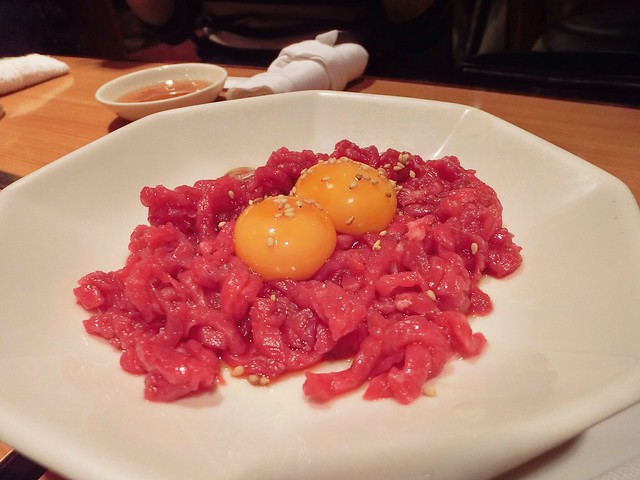 Yukke! The worst thing for pregnant people wtf. Raw egg + raw beef. I didn’t dare to post this earlier cuz scared kena scolded but i actually stole one piece to eat and subsequently had most of it :X. Just cannot. It was so good T___T. 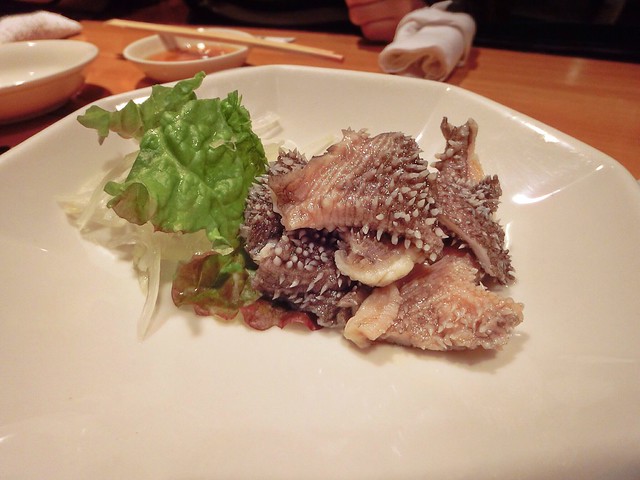 Beef stomach thing, which looks like some spikey fish. 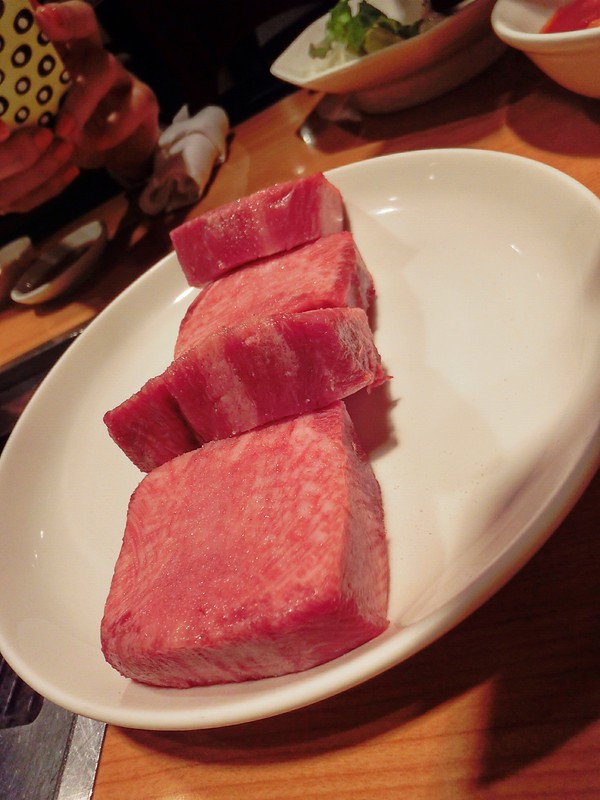 First course was this. Beef freaking tongue!!! I have never seen such a huge piece!!! Usually they are thinly sliced. 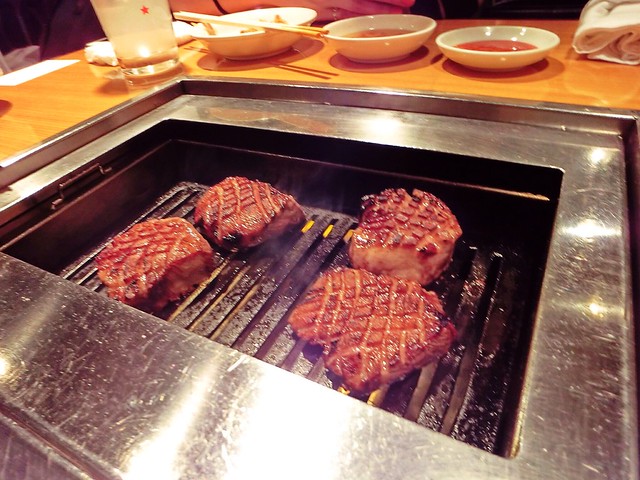 I always joked that i would name my future child Gyu Tan (Tan is my surname) but guess that didn’t happen lolol. Junya, you are welcome. 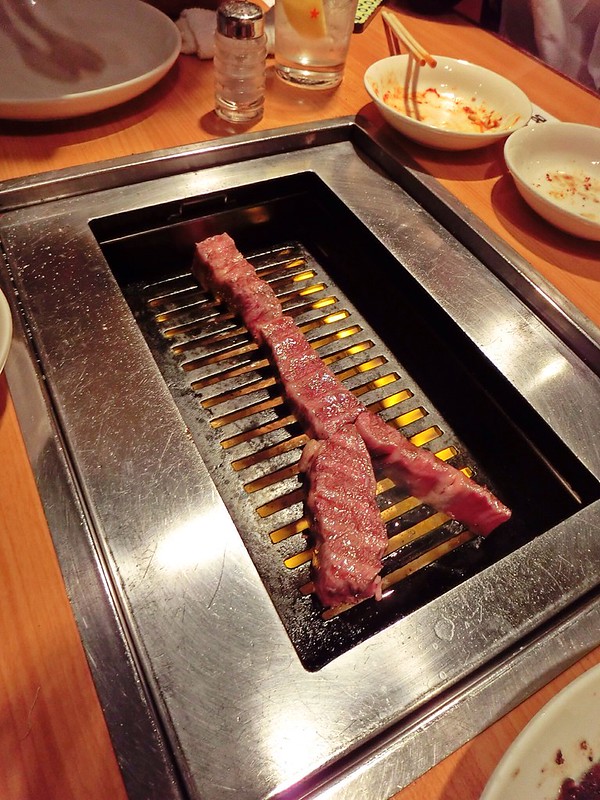 Then there was Y bone.

The thing i like about the restaurant is that full service is included. Meaning they BBQ everything for you (which is great! Cuz 50% of the yumminess depends on BBQ skill!), and they are really funny (or trying to be very funny). SO yea instead of T bone they made Y bone -___- 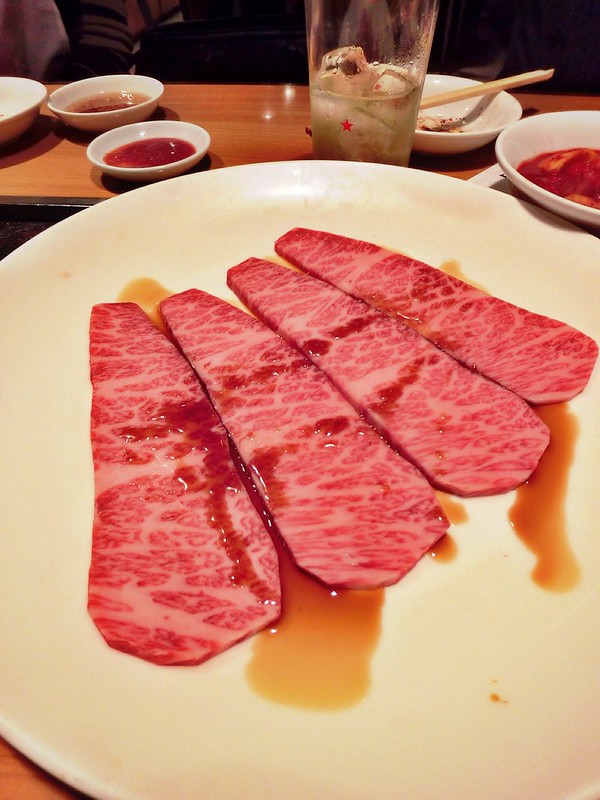 And then there was this crazy fatty beef 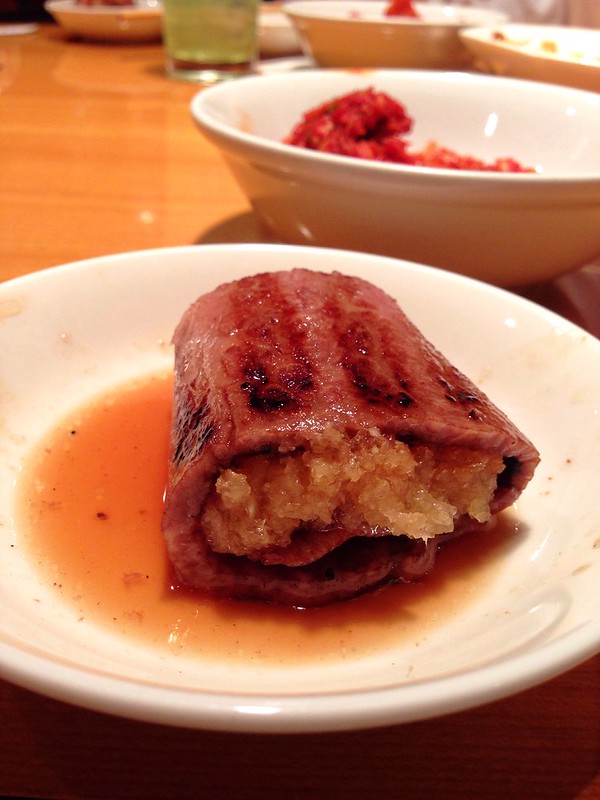 Which you then put Daikon Oroshi on top, wrap it up and eat the whole thing at one go. The juice would flow out and fill your mouth and you cannot talk for two minutes (out of fullness of your mouth and also sheer intoxication lol.) 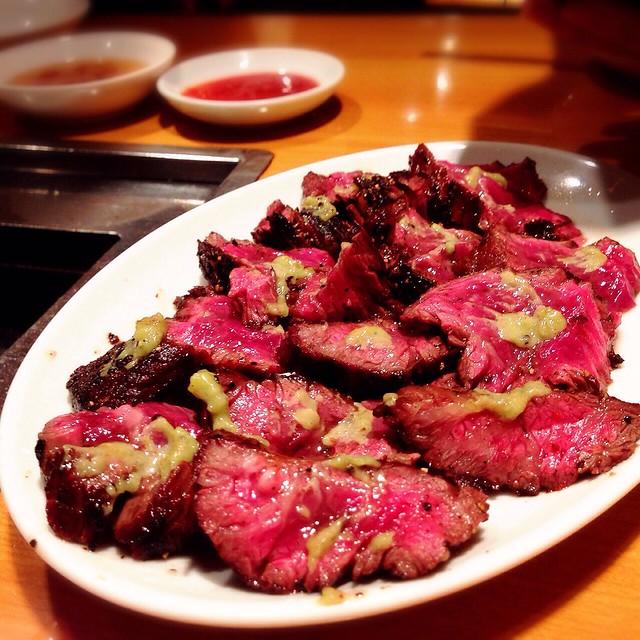 Then there was the loin steak with wasabiiiiiiiiii

Anyway i’m about to show you one of the grossest looking things you will never want to miss out eating and that is horumon. I probably blogged about horumon a hundred times already but i’ve never seen an entire horumon on its own before. 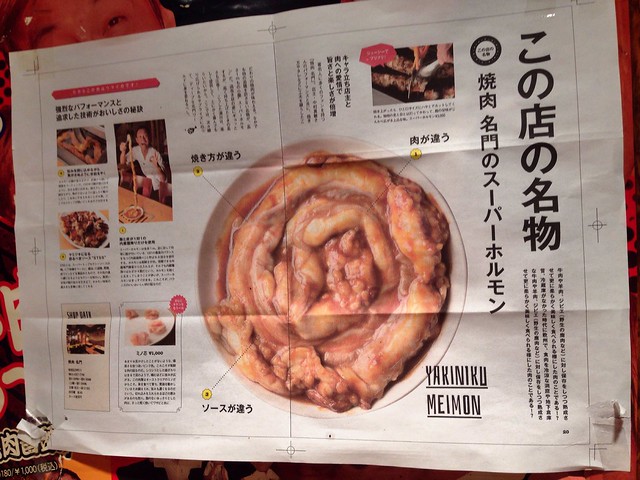 The most famous menu in Meimon. Nobody goes home without having this. 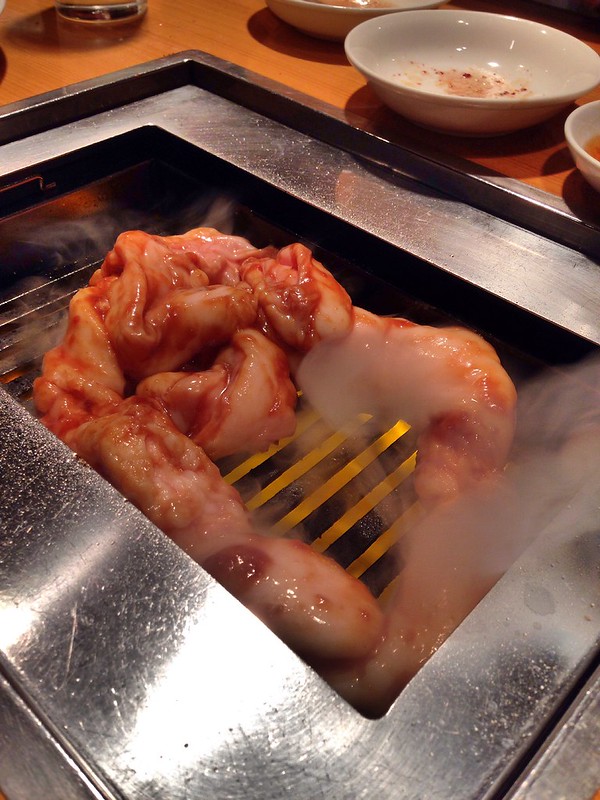 So this is how it looks. 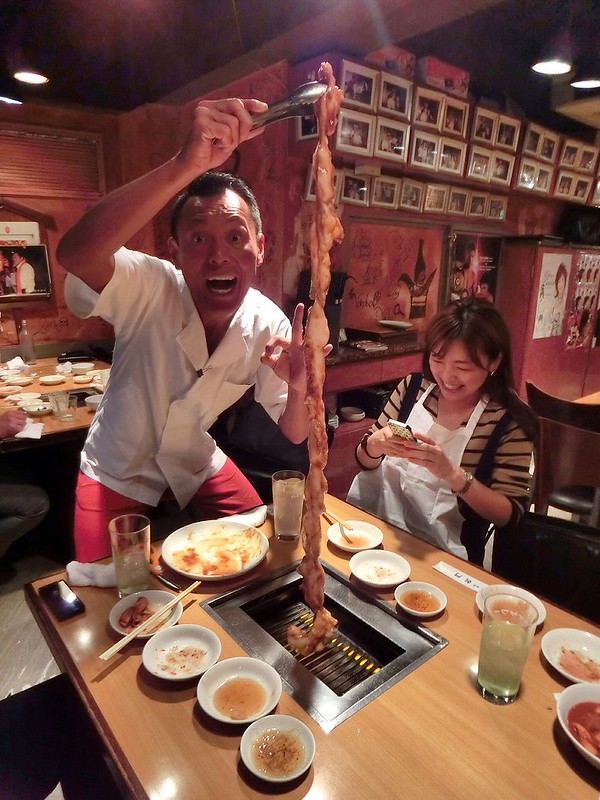 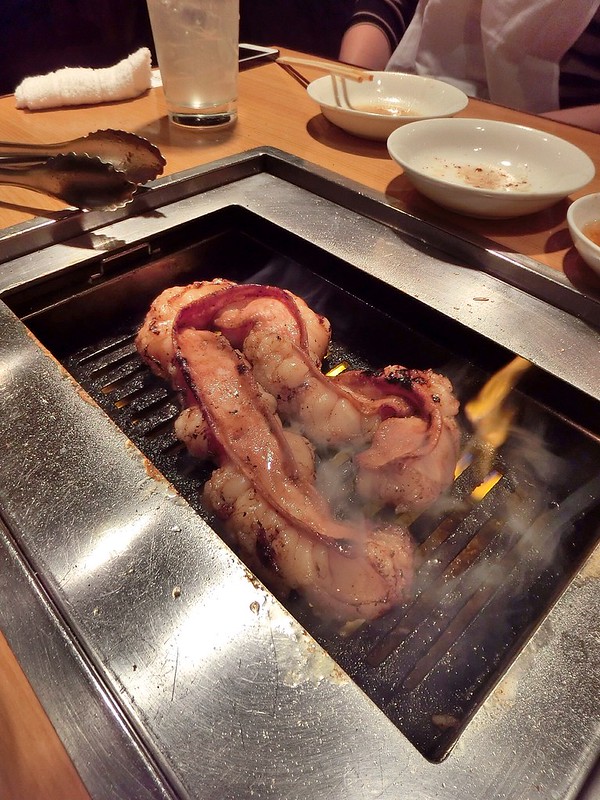 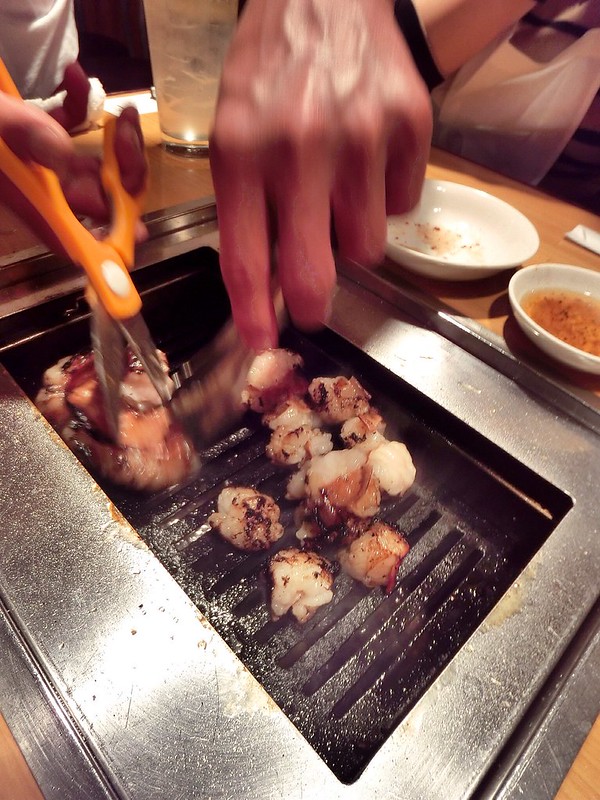 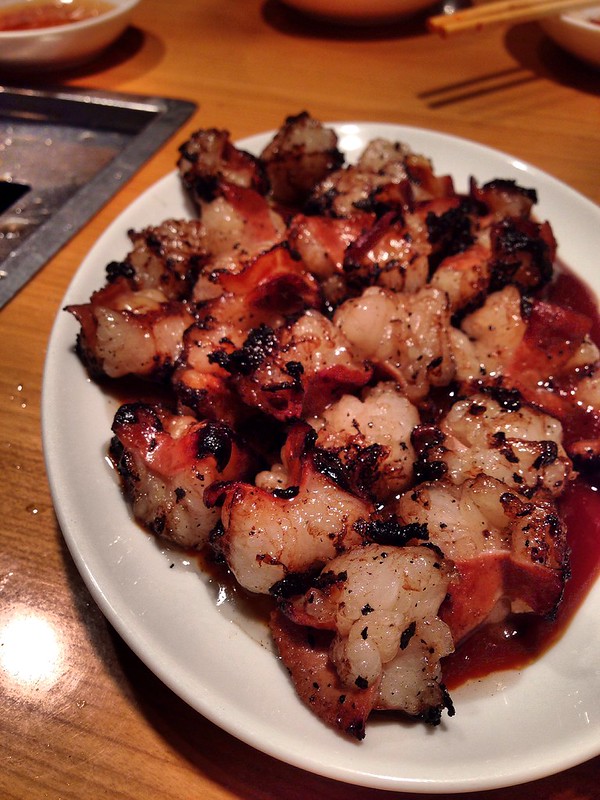 And i promise it is even better than the best char siew you’ve ever had. 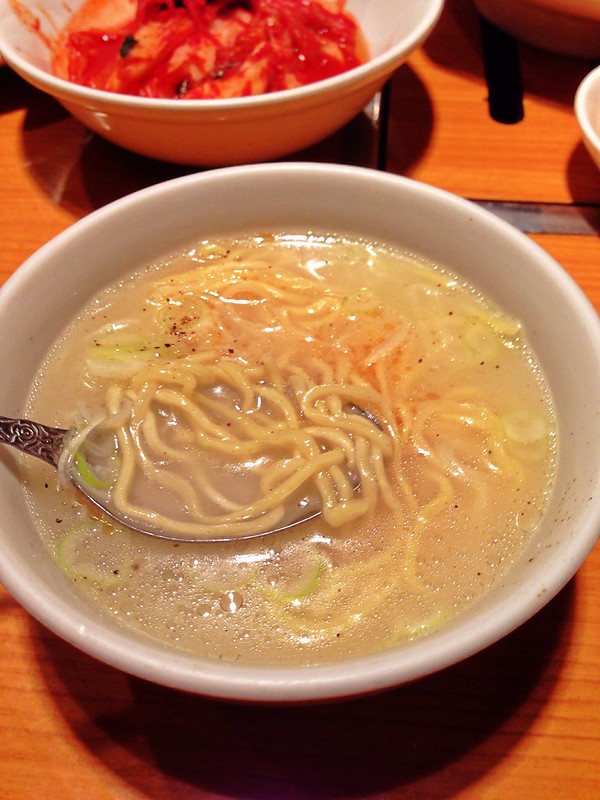 After so much meat there was still mini ramen. 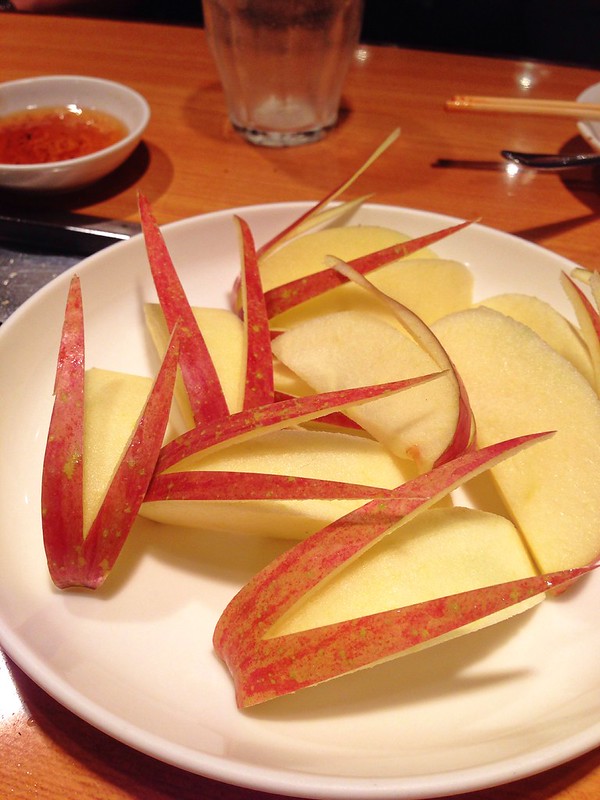 I was so freaking full i was on the verge of throwing up but that would just be too wasteful. (Bet i’d tapao the vomit if i did HAHAHAHA ok sorry gross but that’s how awesome it was lol.)

A break from Prison Break