The danna went back to Japan for work, and i took the opportunity to order lots of stuff from Japanese online stores so he could bring them back.

And these are the kind of things i bought: 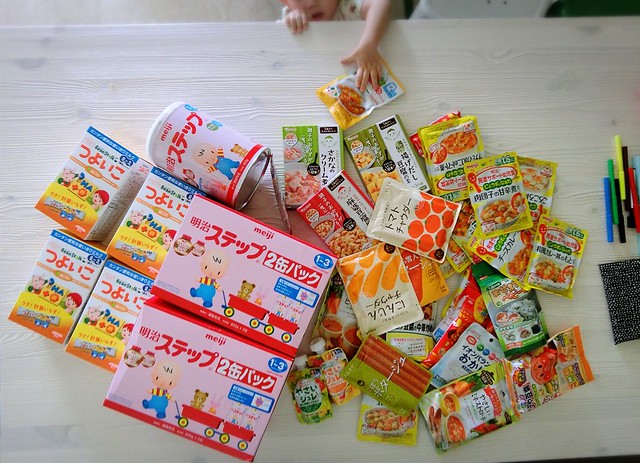 They say that when you become a mother, you just forget to buy things for yourself. I have come to realize that it is so true.

This is a shopping haul post, which probably will be of zero use to you since it’s exactly the kind of thing you can’t buy if you are out of Japan. But if you are thinking of shipping it from Japan, you can always find these on Akachanhonpo online store and also general drugstores like Matsumoto Kiyoshi. 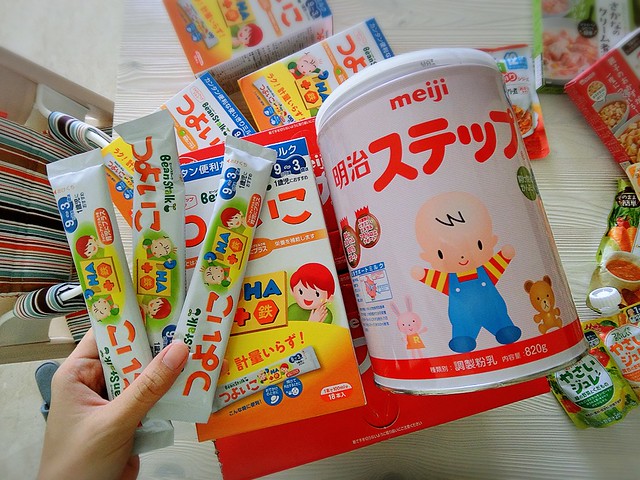 The most important one is formula! I bought  Step-Up Toddler Formula from Meiji and powder sachets from Beanstalk, which is super convenient for traveling. 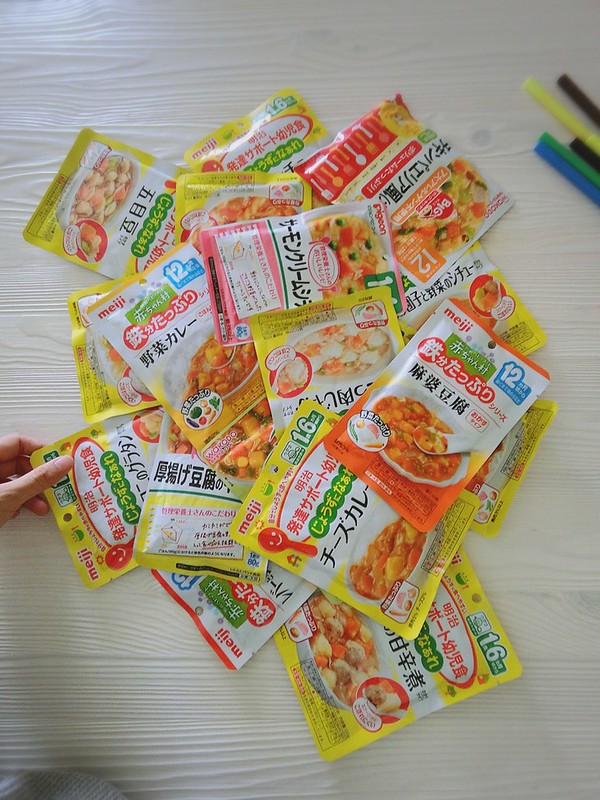 And then all the life-saving instant baby/toddler food because for the next few months we are going to travel soooo much! 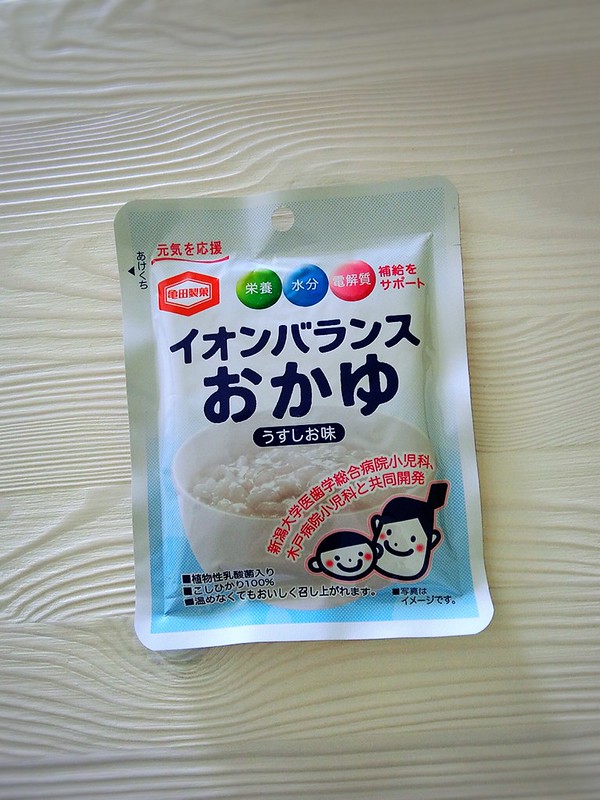 This is electrolyte porridge, in case Junya is not feeling well again. 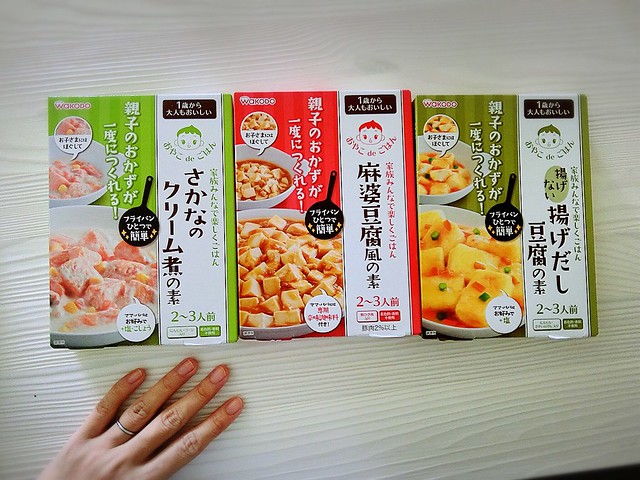 This is the pre-mixed sauces for different dishes! It’s for 2-3 person including toddler over one year old. So it’s perfect for a small family! 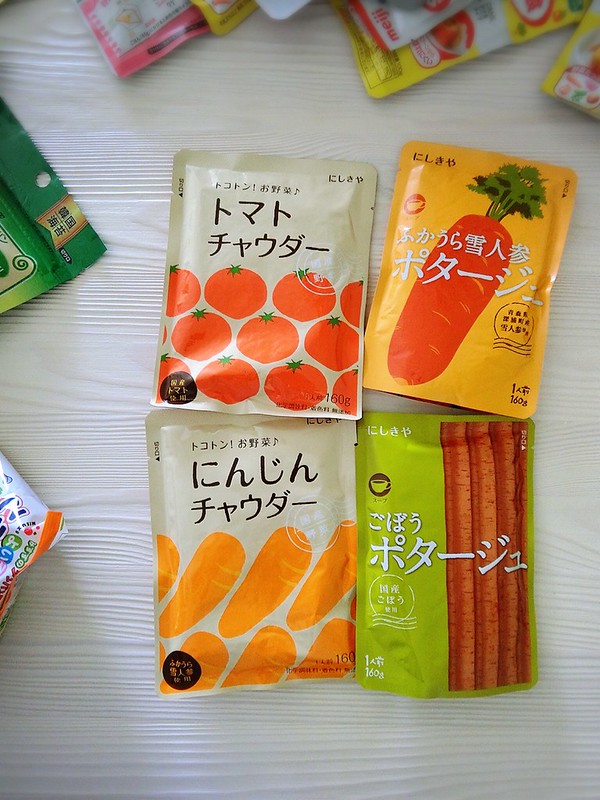 All kinds of healthy soup packs like carrot chowder, gobo potage, etc. Looove all these food that’s for both mama and baby. 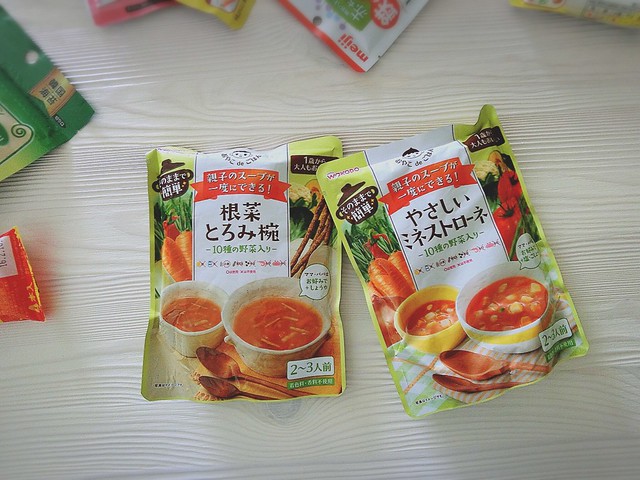 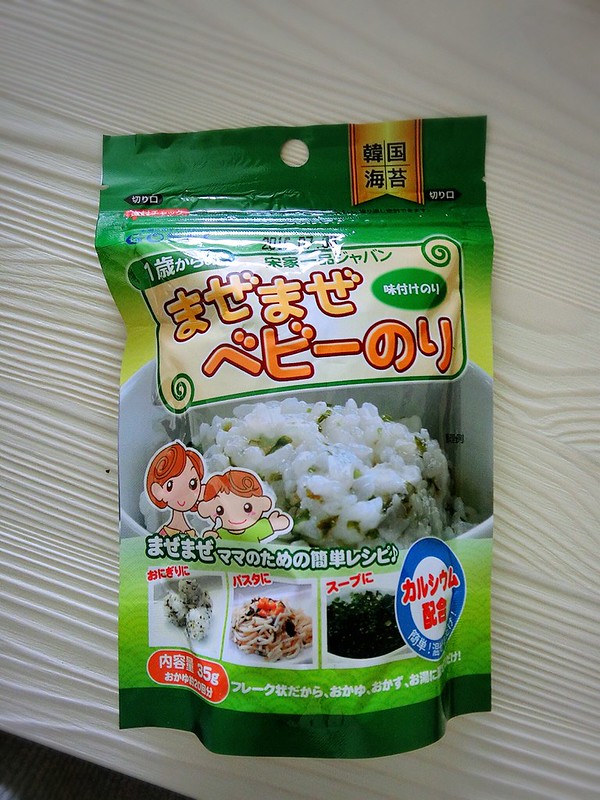 Junya loooves nori so i bought this Korean style seasoned nori which you can sprinkle in almost everything. 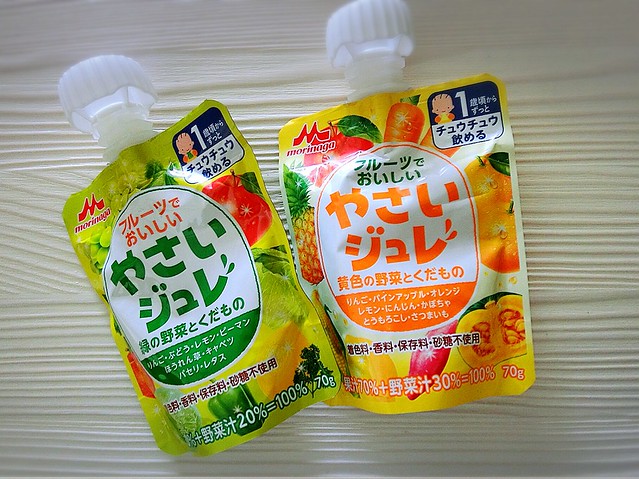 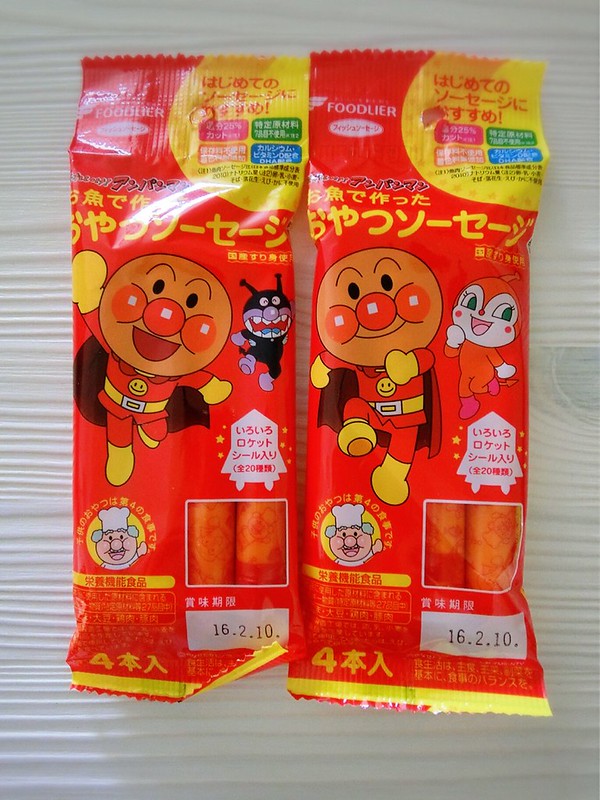 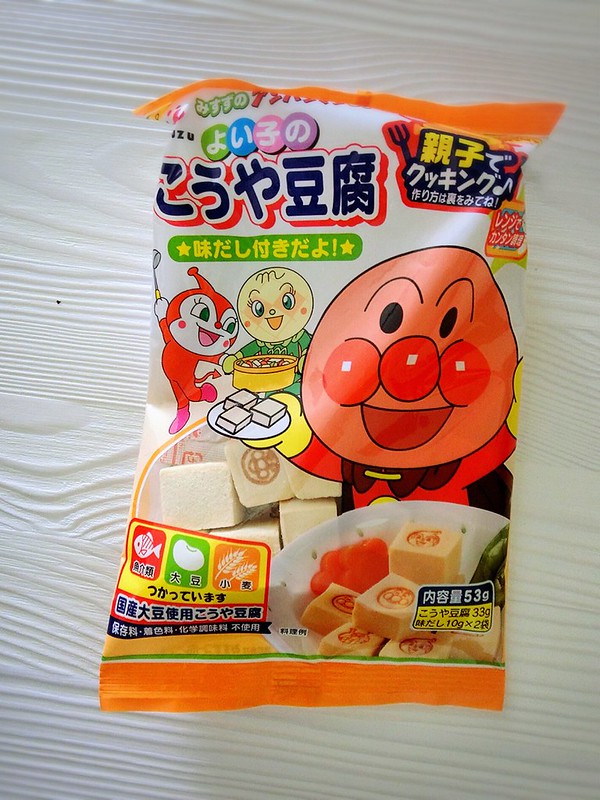 These are from the drug stores. 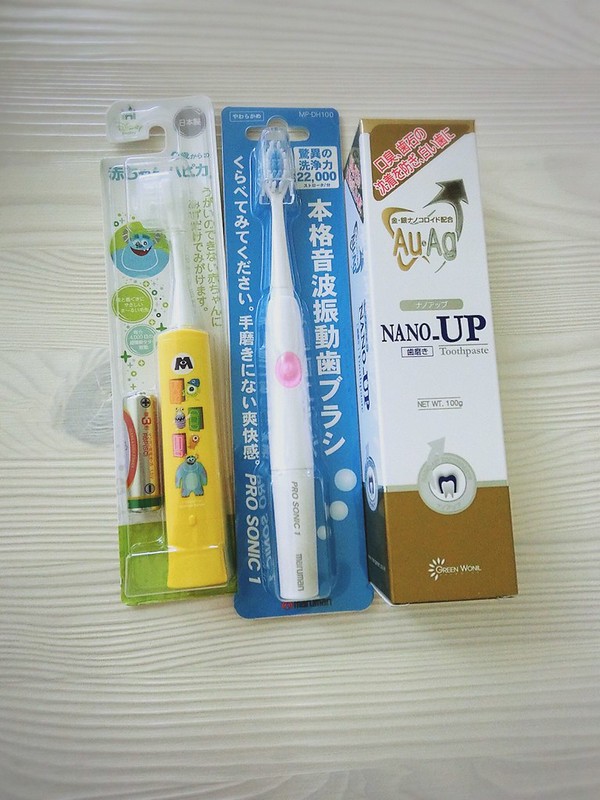 Also bought electric toothbrush for Junya, mama, and toothpaste. (After using Japanese toothpaste i could never use the usual Darlie/Colgate ever again -_-) 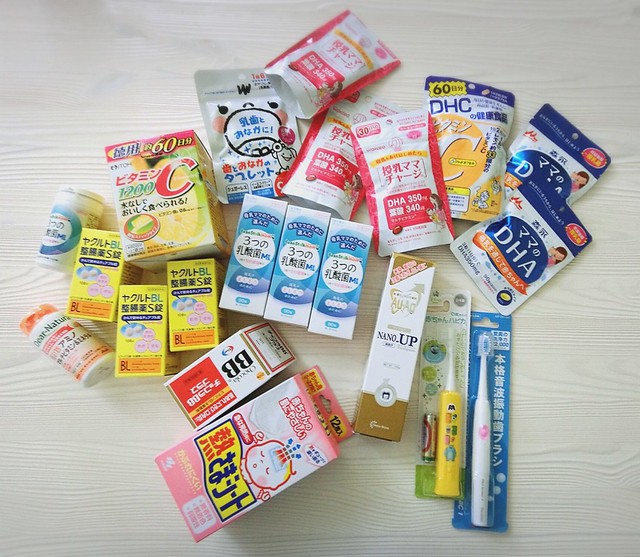 Supplement for pregnant mama and baby. Probiotics, multi-vits, fish oil capsules,vitamin C, Chocola BB, and probiotic tablets for toddler aged 18m and above! It’s for them to clean their teeth since Junya still refuse to let me brush his teeth -_-. 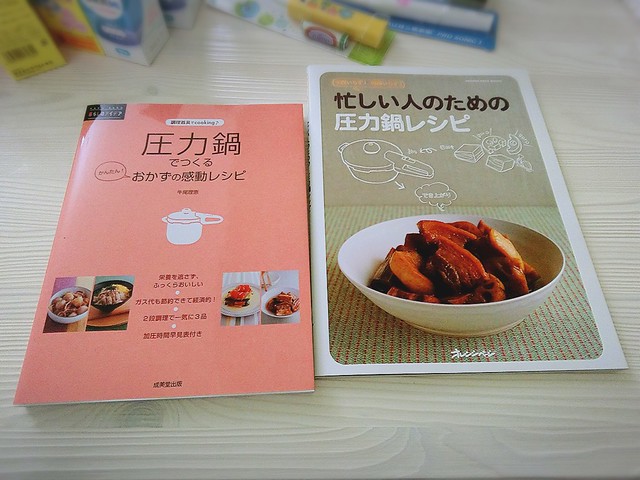 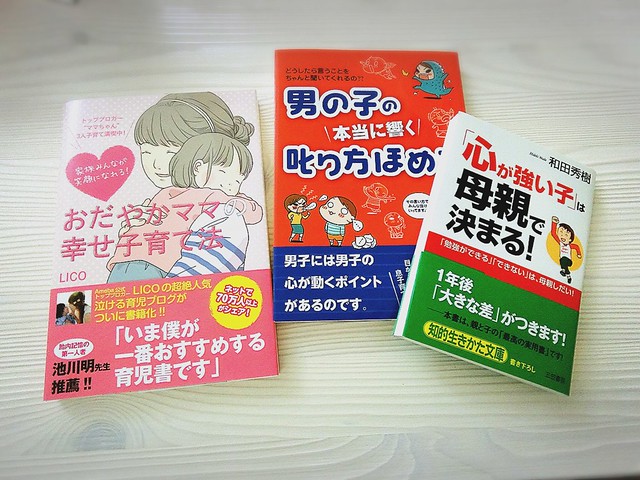 Parenting books. Was so inspired by the Japanese parenting method i bought more to see if there’s more to learn! ^^

My pledge to support Tohoku this month: 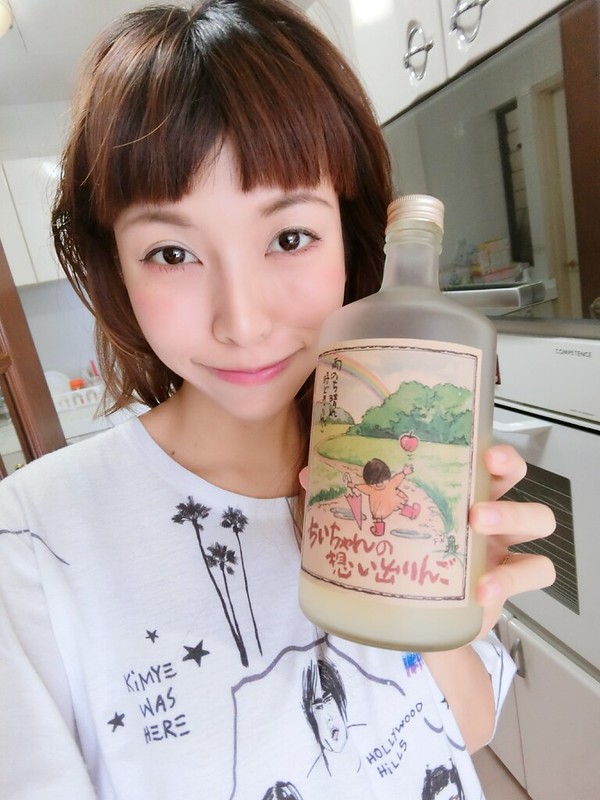 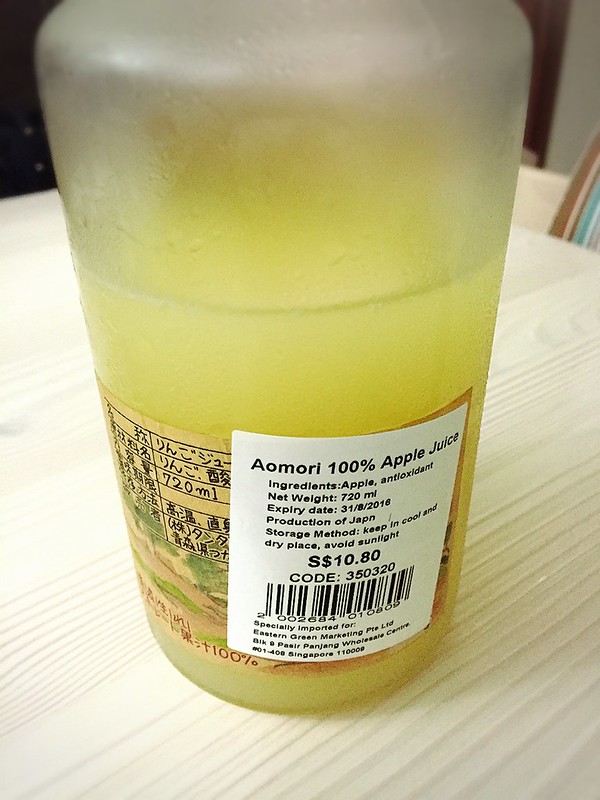 I’m sooo addicted to all kinds of Aomori apple juice. Yes it’s a little pricey but if you think about it this one bottle probably serves 3-4 cups equivalent of Starbucks juices and it’s soooooo much better!

Also, today i wanna introduce another food from Japan that you may have eaten but are probably not so familiar with! 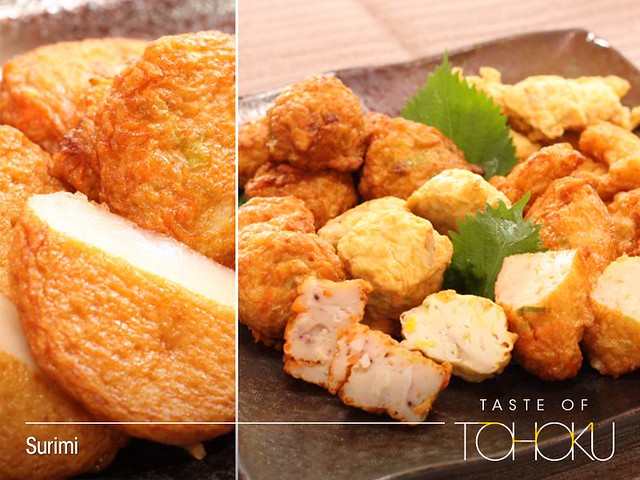 Have you heard of kanikama (crab stick), kamaboko, chikuwa, or satsuma-age? And if you have, have you wondered what are the differences?

They are actually all Surimi. The equivalent in English is probably “fish paste” or “fish cake” that we are familiar with, and in Chinese we call it 魚餅. There are so many different ways to cook Surimi!

If you steam the surimi, it becomes Kamaboko, the pink and white chewy thing you usually see in a ramen bowl. Sometimes they make fancy character Kamaboko too! 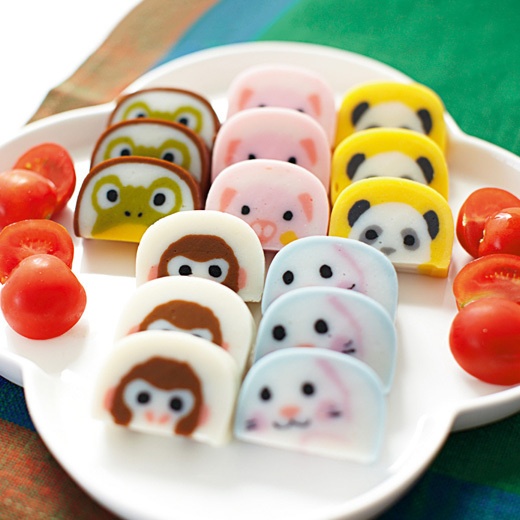 If you grill Surimi, it can be Chikuwa, which is often found in Oden. 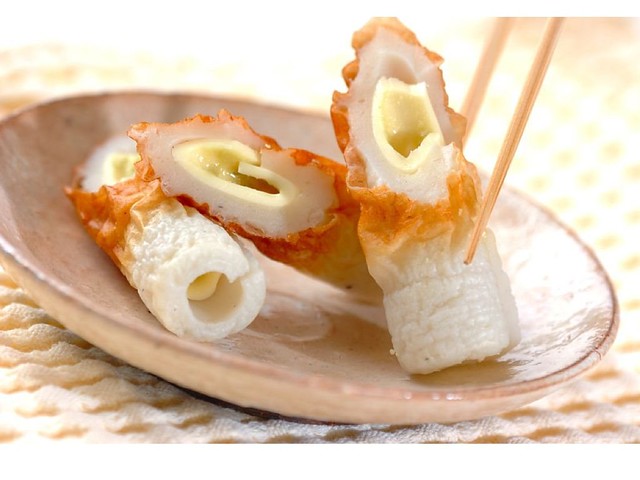 Sometime they have fillings in it too, such as cheese/vegetables.

If you boil Surimi, you can make Hanpen! 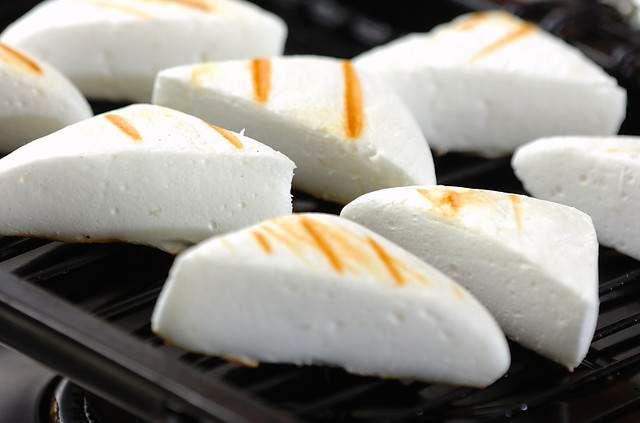 Hanpen is also often found in oden, and it is soft, fluffy and marshmallow like!! Since it’s easy to be cut into shapes, i love to use it in my kyaraben for decorations too.

If you deep-fry the Surimi, it becomes Satuma-age, which is the danna’s favorite! 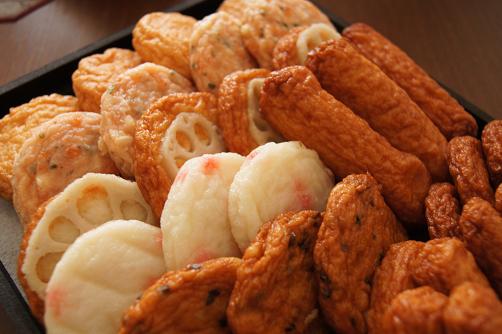 It comes in many different flavors and it’s perfect for hotpot and soup or as snacks.

The origin of Surimi dates back to 1115, when it appeared for the first time in a painting depicting a laid table in the home of a Japanese noble. 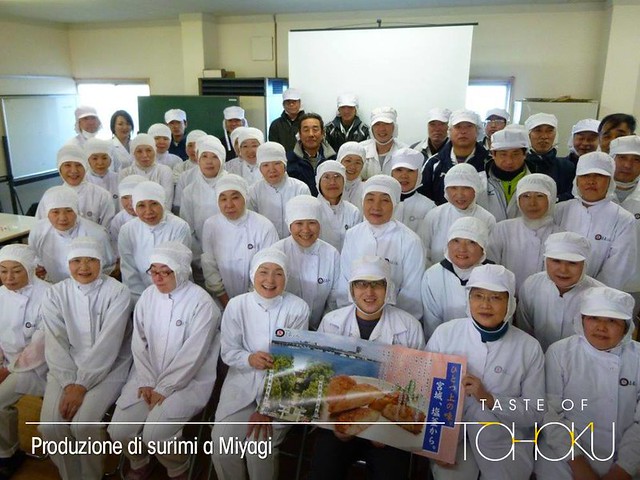 For 27 years, Miyagi Prefecture has always been the top in Surimi production nationwide, however after 2011, it dropped to 7th place. But in 2014 it climbed back to the 3rd  thanks to a natural surimi original recipe that combines from 5 to 8 types of fish meat!

For more tips on Tohoku culture and food, you can visit Taste of Tohoku! It’s available in both Italian and English!