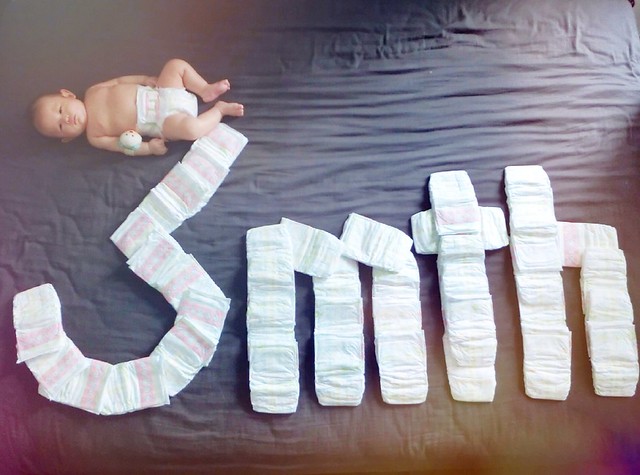 Every new month gives me a whole new feeling. (Wrote about his first month and second month here.)

I think by the third month, which is now,  i’m getting the hang of it XD. Everything we do now is less scary (yes, we. I’m less paranoid about explosive poo in my face during diaper opening and he is less afraid of his own mother trying to drown him lol), and i am enjoying it more and more each day.

Surprisingly, most of the things i wrote a month ago doesn’t even apply anymore! For example, I no longer need to put him on the dining table like a dish. And i also get to finish my dinner within 2 hours lolol. Although no.12 and no.13 still happens. XD

So here are some of the things that have changed in the past month:

So we bought a king size bed. It makes A WORLD OF DIFFERENCE. I could actually feel my arms when i wake up now!!!! Also, those sleepless nights are gone 😀 :D. He still nurses 1-2 times through the night, although i can’t tell for sure because I DON’T REMEMBER

. I am trained to be on auto-pilot now, baby cries –> lifts shirt and pulls him closer, continues Zzzzzzz. Without me waking up (or at least not remember waking up). Awesome. Now that there’s no bottles and diaper changing through the night, the danna wakes up ZERO time.

2. Feeling more confident to go out (with or without him).

Now that his neck is stronger and sleep/feed schedule more predictable, i tried bringing him out lepak for the first time, just the two of us. It was to Fighter’s birthday party! 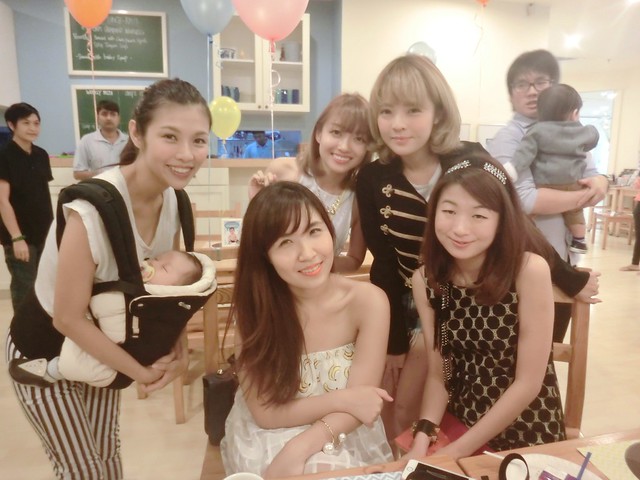 We both came back alive lolol.

Then i also traveled for the first time without him! Although only to Singapore for one night to fix my loooooong overdue invisalign (supposed to go a year ago before my pregnancy wtf). My mom came over to help take care of him so everything went well!

In the early weeks it stressed me out so much that i couldn’t produce enough to feed my baby. They are right to call it “liquid gold” cuz every drop is so precious.

And finally i fully and truly understood the expression “crying over spilled milk”, because i have experienced it first hand, literally. 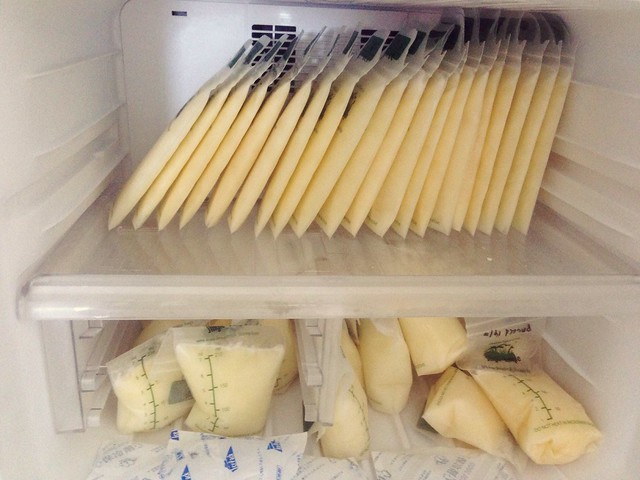 Anyway, now i have just enough to keep Junya’s cheeks expanding plus a little extra. I also took a reader’s advice and store the milk flat for more storage space. I could even donate a few frozen packs to a mommy friend who was in the same boat. And when i was in Xiaxue’s house (with Junya in Malaysia), instead of throwing away expressed milk i gave it to Dash, he drank all 200ml and Xiaxue said i’m officially his 奶妈

It’s a lot of work (compared to just blogging) but it is also so much fun!!!! I want more babies already XD. 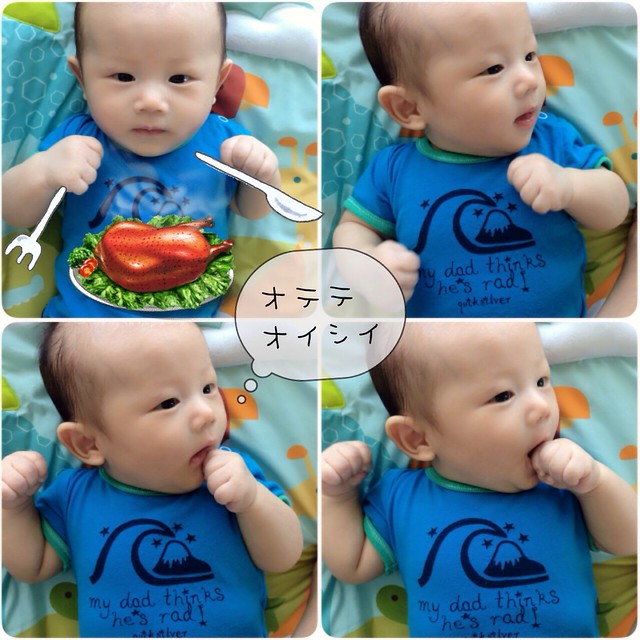 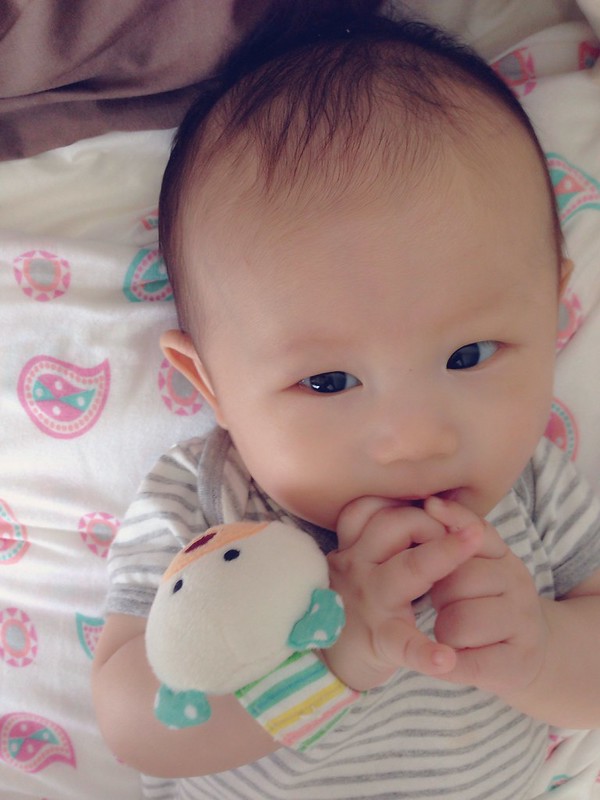 Junya’s new hobby is fist-eating. He still doesn’t take a pacifier, but he looooooves his hand-flavored KFC. It lets him learn to self-soothe so actually it saves me a lot of trouble also. 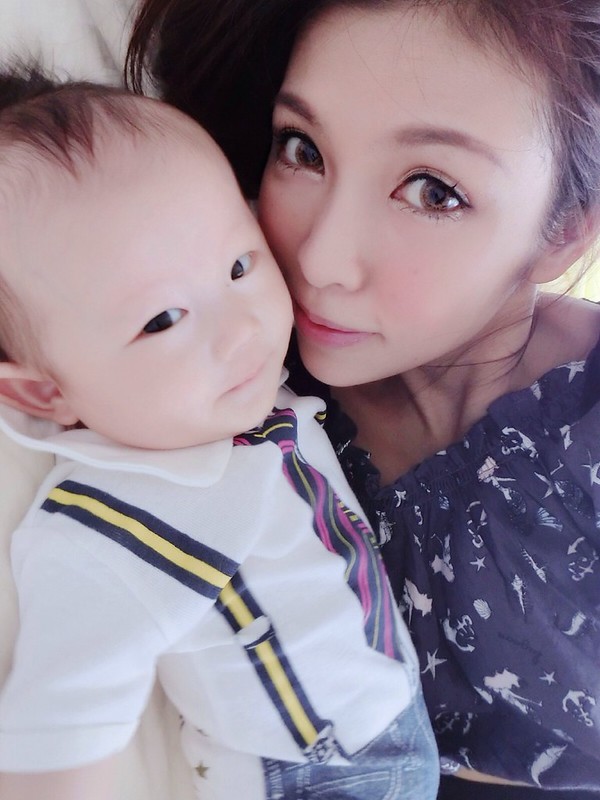 Hahhaha this one is i force him wan. But yea he doesn’t seem to dislike the camera, and he’s always very happy to see himself so i guess that makes two of us. XD 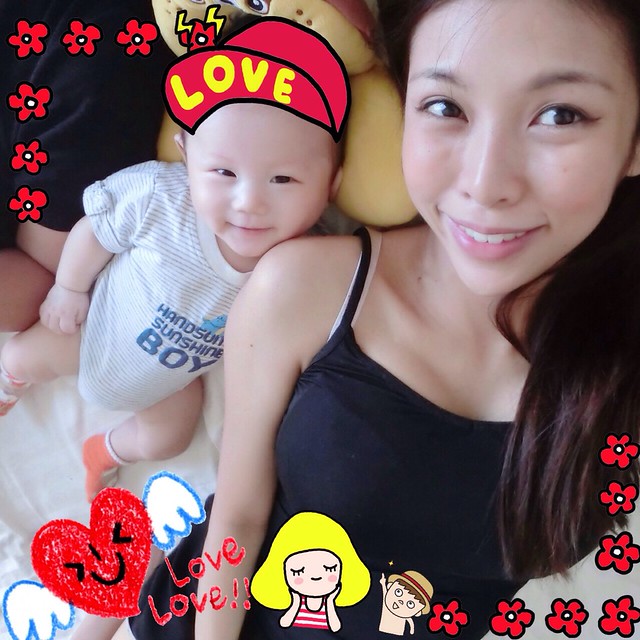 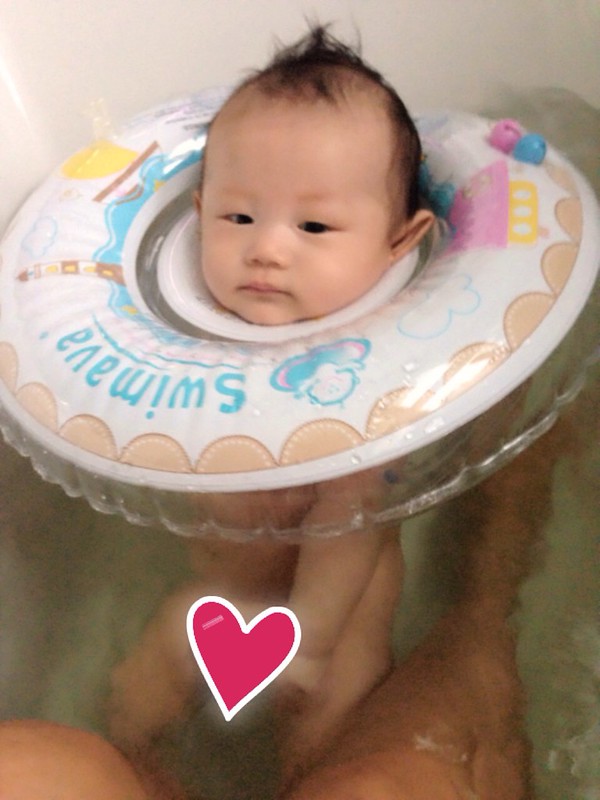 The first time i put him in the bath i thought my son was water-phobic and he will never get a shower ever again for the rest of his life. But now he loves bathing time so much that seems to be the only way to stop him from those nonsense crying. 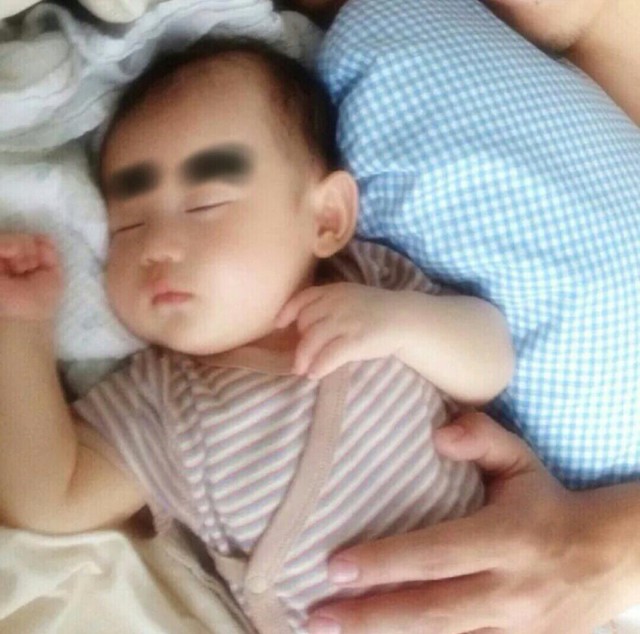 Which is the moment he wakes up. Which sometimes can be 6am wtf. So some days i would wake up to him squealing in delight at the wall. -____-

He seems to be forever in the good mood no matter how the night went. And when he sees our faces first thing in the morning he would give us this big big BIG smile that would truly make any day. 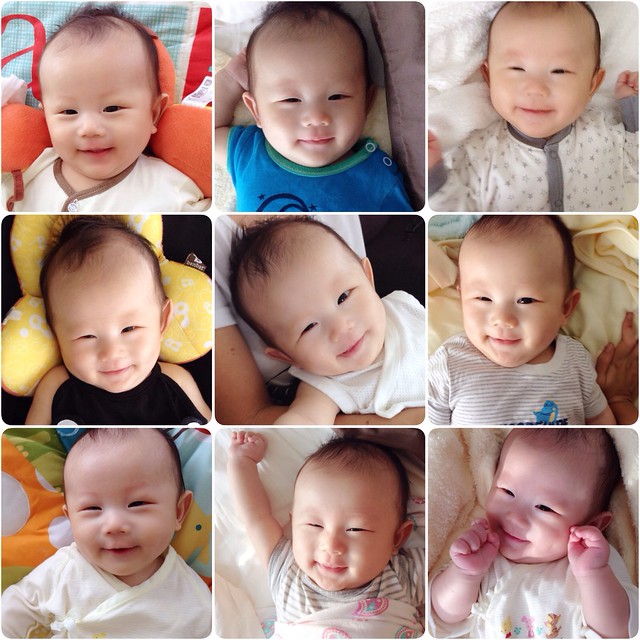 This is some of his Rise’n Shine collection.

Actually at two months he couldn’t wear newborn sizes anymore, but now he’s so much bigger he could wear 3-6 months. Diaper also changed from newborn to S size! 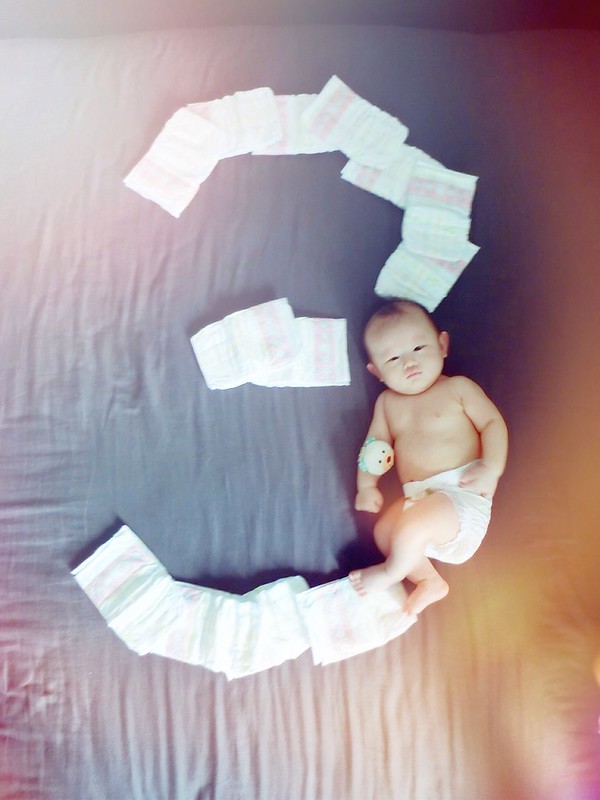