The danna grew up eating a lot a lot of Chicken Ramen (the first ever instant ramen created), so instant noodle holds a very special place in his heart. He remembers that in one interview, Ando Momofuku was asked how he feels about being the founder of a company that creates something that is not very nutritious or beneficial to health (obviously everyone has the impression that instant noodle = unhealthy), and he answered that it was not healthy food he aimed to create. It was to make a change in people’s lifestyle and save people during a time of emergency. Be it a hungry student on a super tight budget studying for exam in the middle of the night, a employee rushing for a project who doesn’t have time for lunch, a mother too tired to cook herself proper food after settling her kids and the house (or too lazy to even go downstairs to tapao food)… yeap the last one is me.

Also, not to mention how cup noodles have saved many hungry victims when a natural disaster strikes.

So yes, my first visit to Cup Noodles Museum, Yokohama!

With Sayaka who lives in Yokohama! 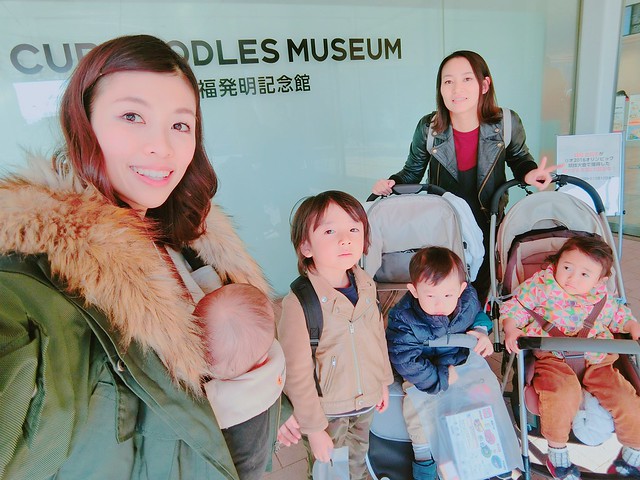 One of the most popular activity to do in Cup Noodles Museum is of course making your very own cup noodle! Personalized to be the one and only cup noodle in the world! 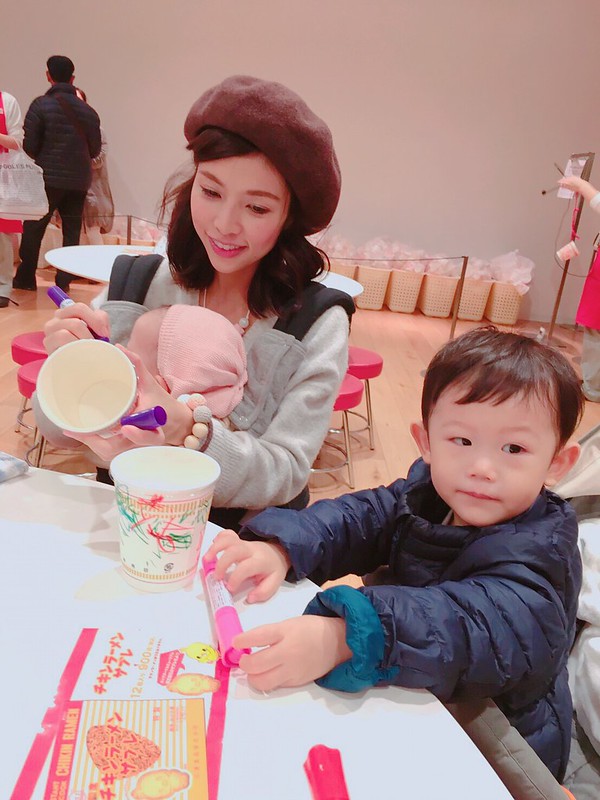 Over here you can purchase empty cups for 300 yen each. You go to the design station and decorate your own noodle cups with messages or drawing. 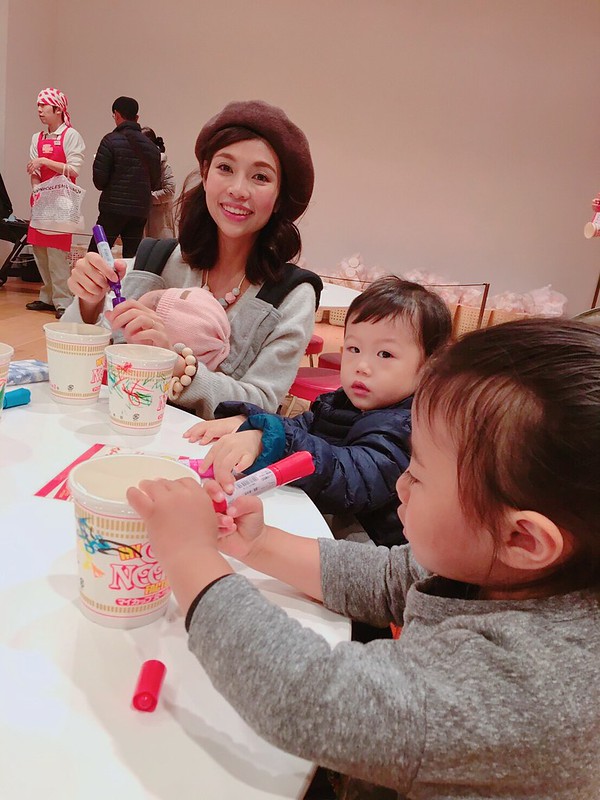 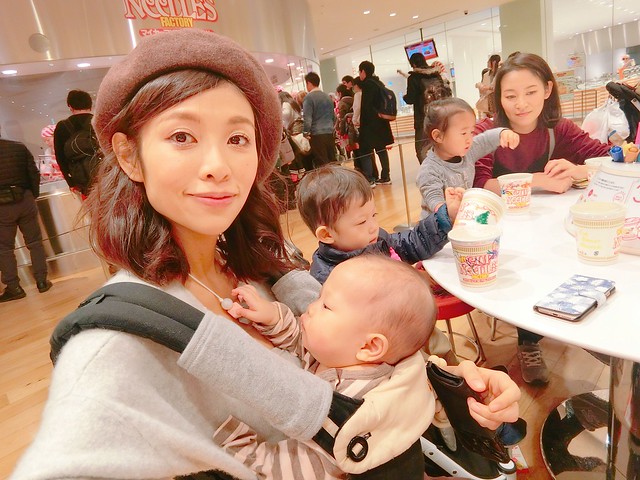 While Sakura chew on my necklace. 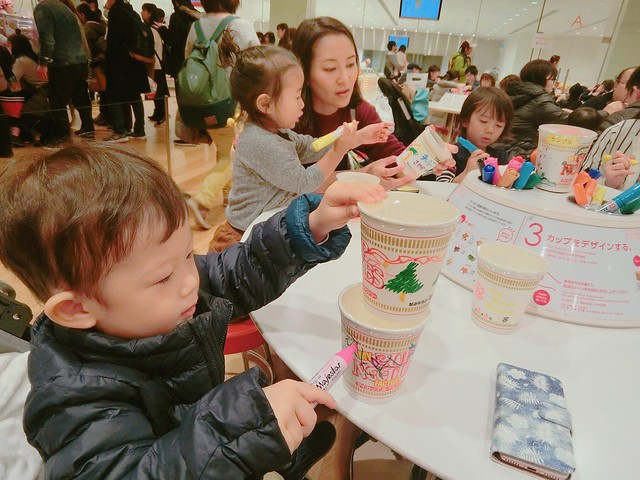 Junya made one for his godmom. 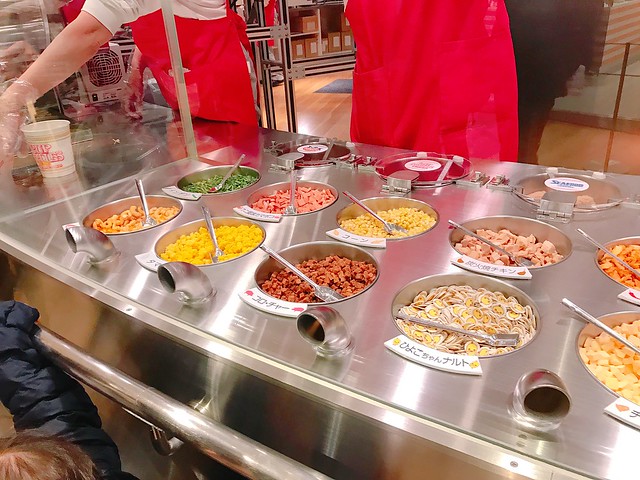 After that you go to the noodle station to fill your cup with noodle and choose your soup base and toppings! 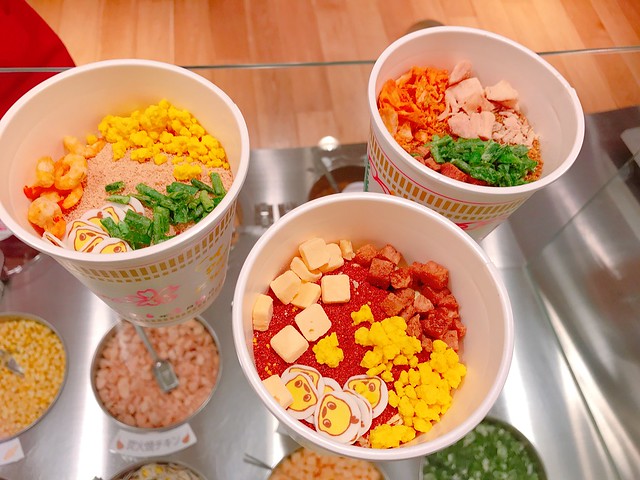 I think ours were quite balanced!! There were eggs, shrimp, negi and Hiyoko naruto (the chicken thingie!). Sayaka told me Anna chose Hiyoko naruto 4 times for her cup noodle lol. 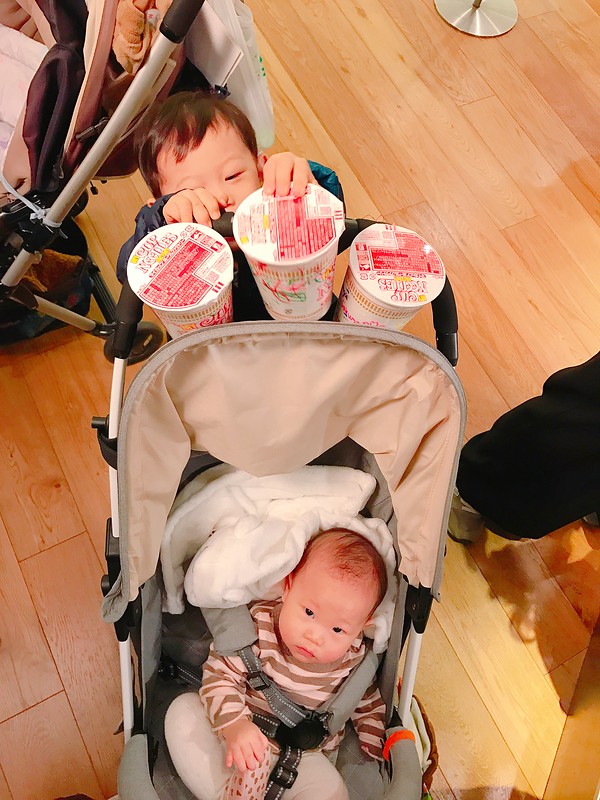 Sealed and ready to eat!! 😀

The kids were hungry so we headed over to the in-house eatery, showcasing noodle choices from 8 different countries! Each bowl for 300 yen. 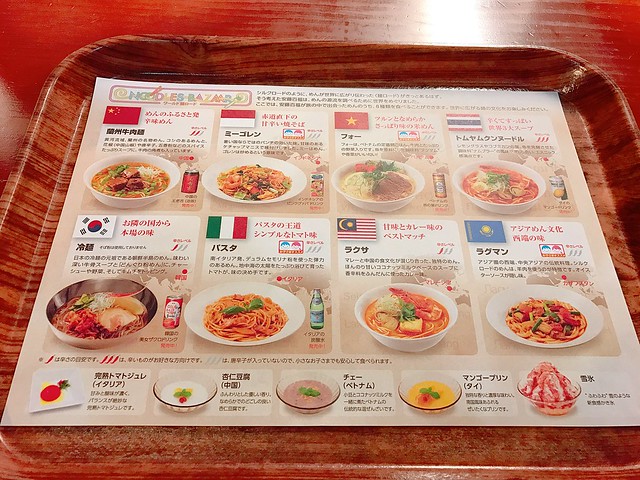 Look, Malaysian Laksa is one of it! 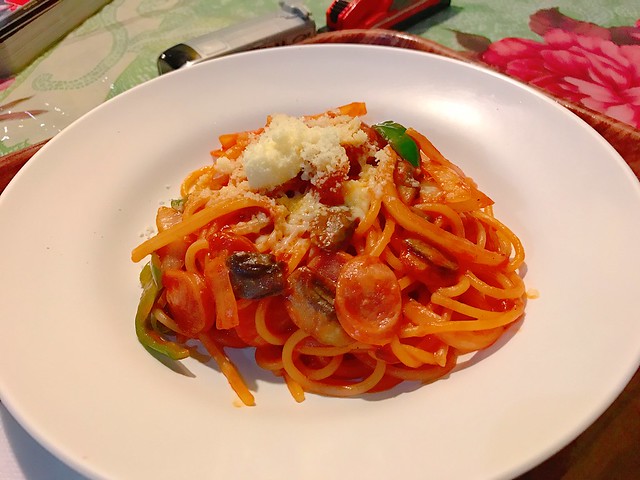 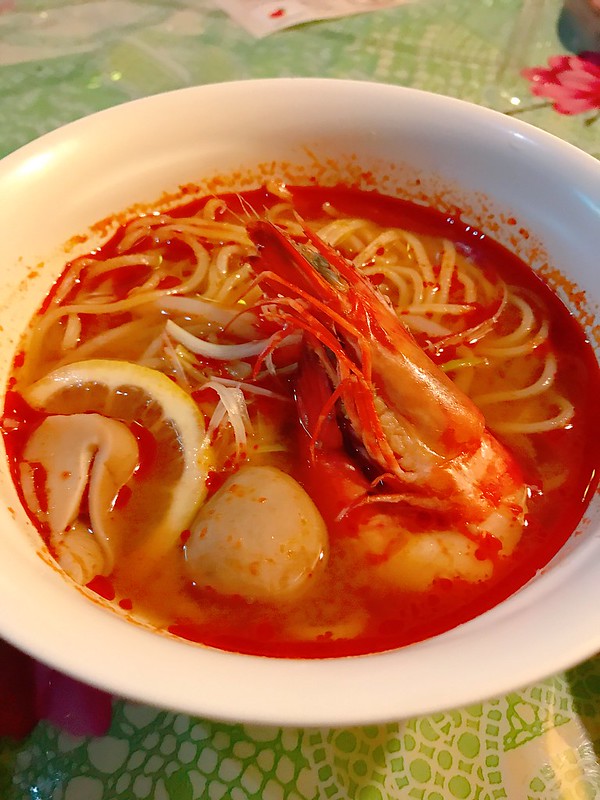 And I ordered Thai Tomyam.

You also get to try the one and only Cup Noodle soft cream in the world. Yeap you heard it right. 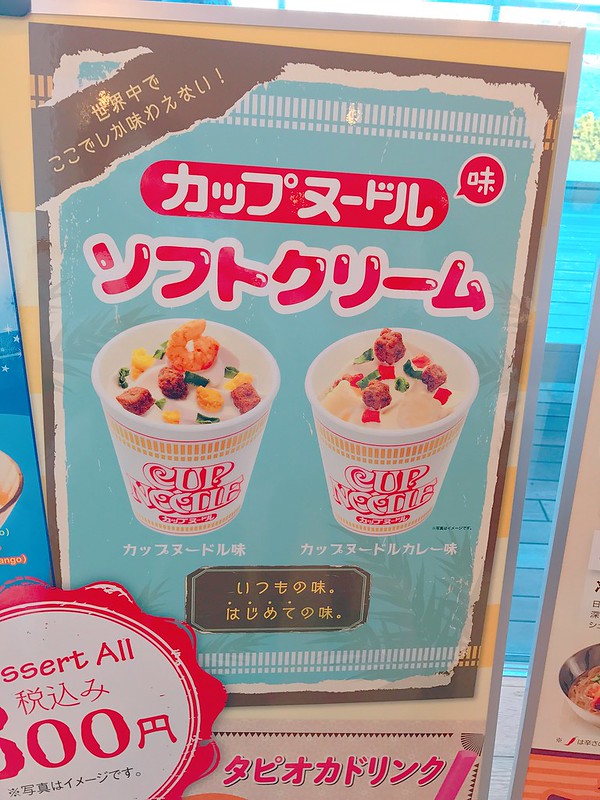 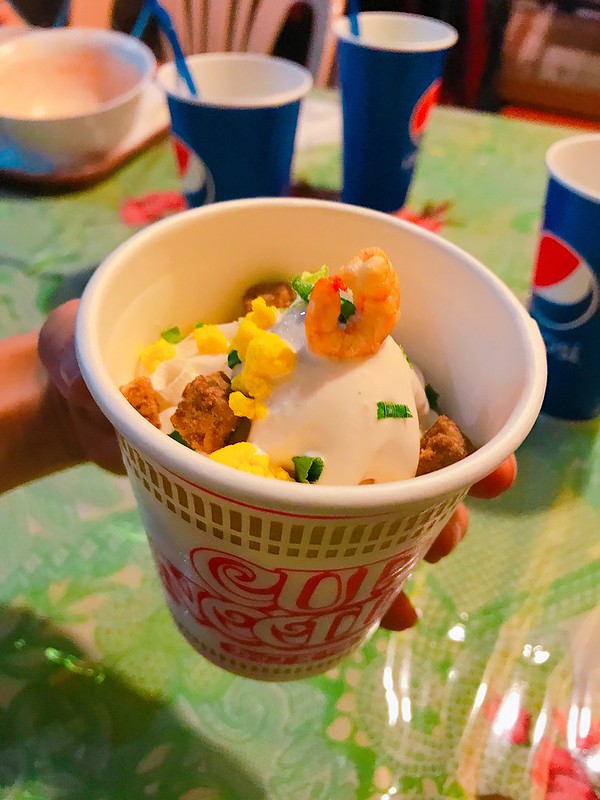 Hmmmm. That was weird. lol.

The second floor is the museum’s gallery! 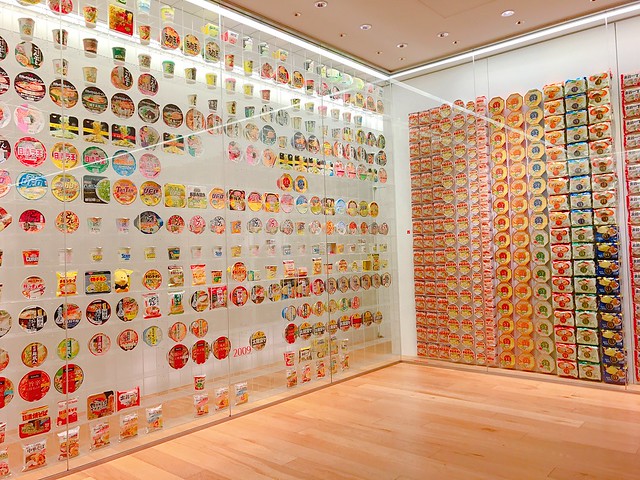 It is a walk down the memory lane of Nissin’s exhibition from its very first Chicken Ramen to the ones available in the market. 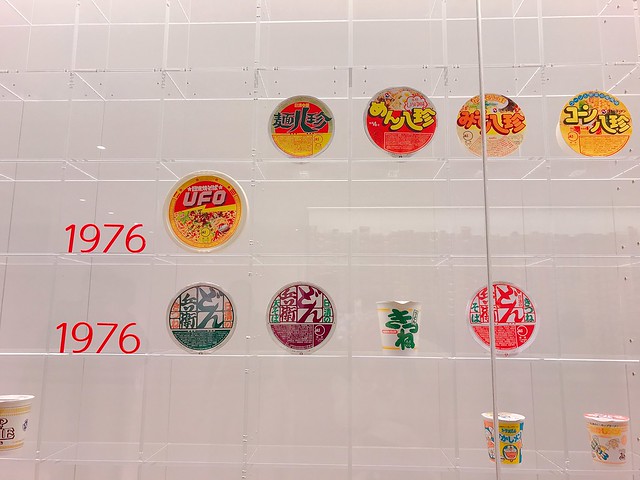 I didn’t know my favorite Donbei has been around for so long!!! 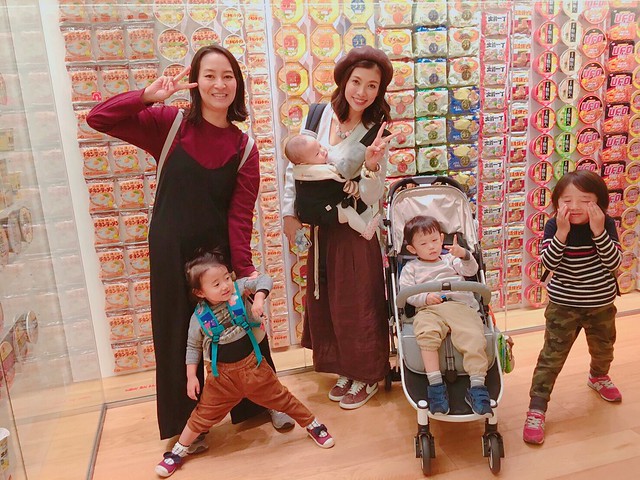 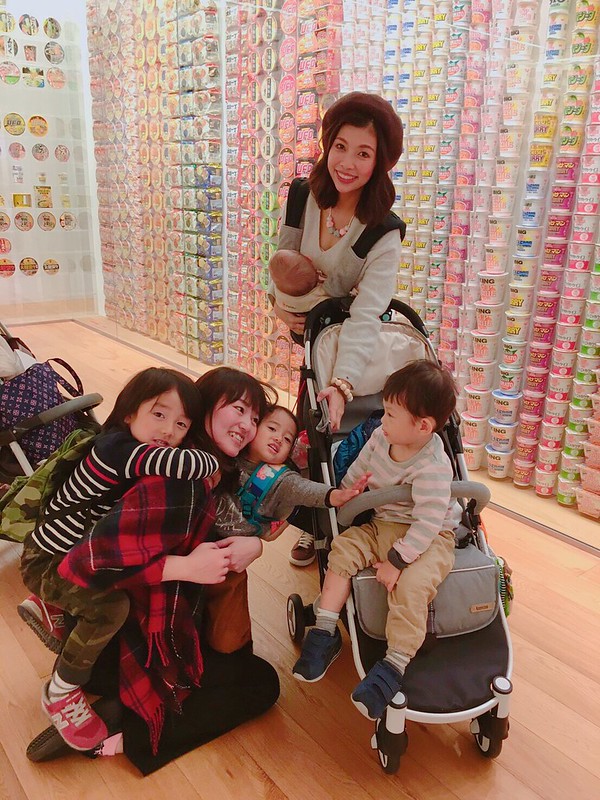 Sayaka’s sister who worked part time in the museum came to meet us. 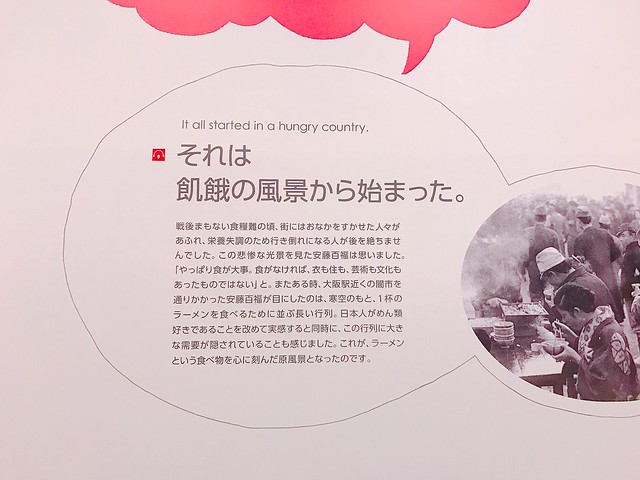 It all started in a hungry country, when Japan was suffering a food shortage post-war. Ando believed that “peace will come to the world when all its people have enough to eat.”, and his dream was to help Japan feed its entire population.

Ando spent a lot of time trying preserve ramen noodles without any success, but one day he discovered the secret that comes from an inspiration after seeing his wife cook tempura, and the secret was to flash-fry the cooked noodles in oil.

The lesson learnt from these two stories is that wives are very important. Especially in the kitchen. My life mission is to be the danna’s 背后的女人 and one day cook something so inspiring that makes him a great inventor who changes the world HAHAHAH. 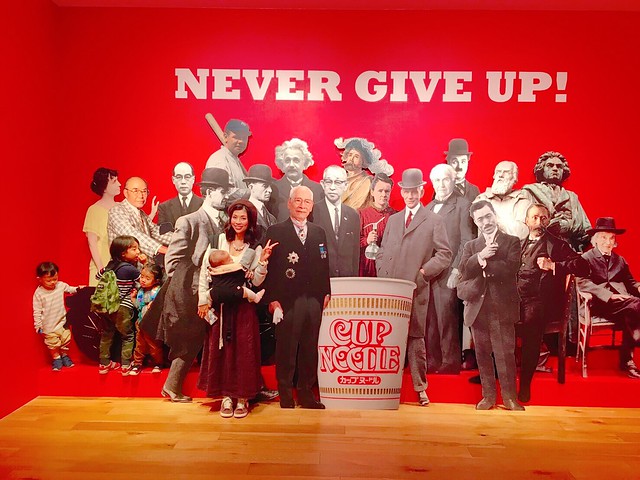 Ando Momofuku’s motto. Never Give Up! 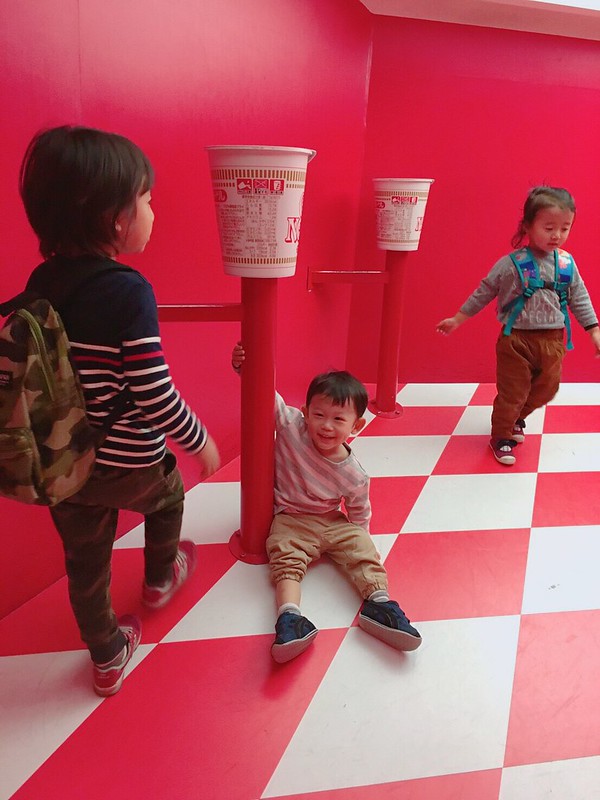 The gallery has many fun corners that focuses on the importance of creative thinking. It’s like a mini science museum! 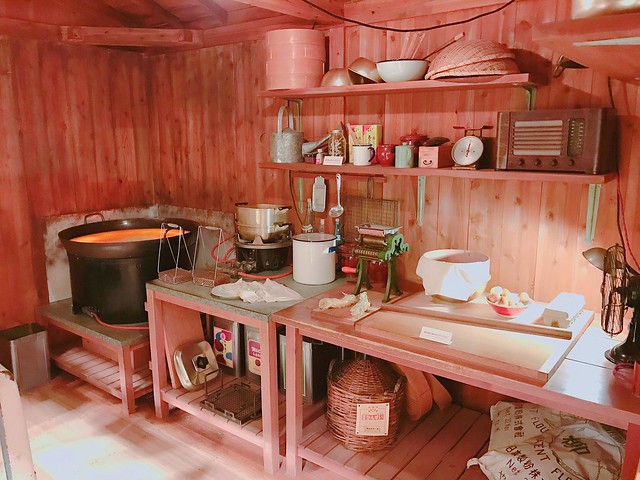 Replica of Ando’s kitchen and the pot his wife used to fry tempura. That was a life-changing pot. 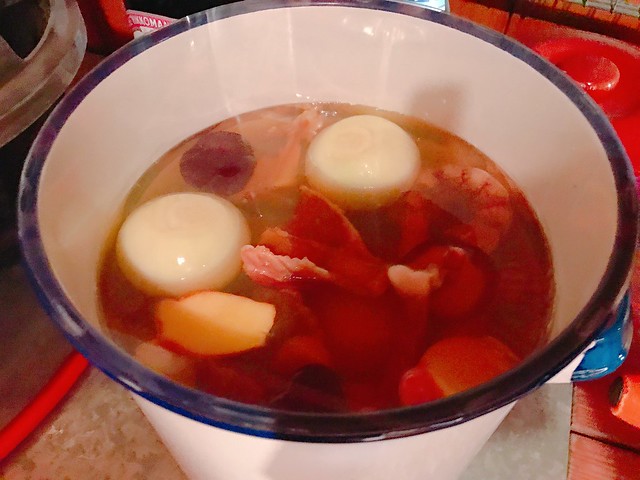 There’s also a souvenir shop on the ground floor. If you are a Tomica fan, don’t miss out the Nissin special edition Tomica!! 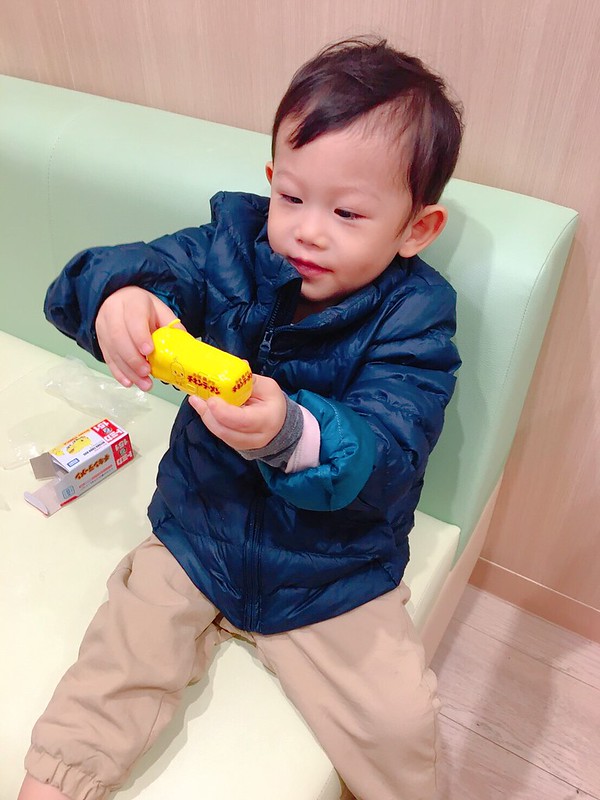 Got Junya his Hiyoko Bus. 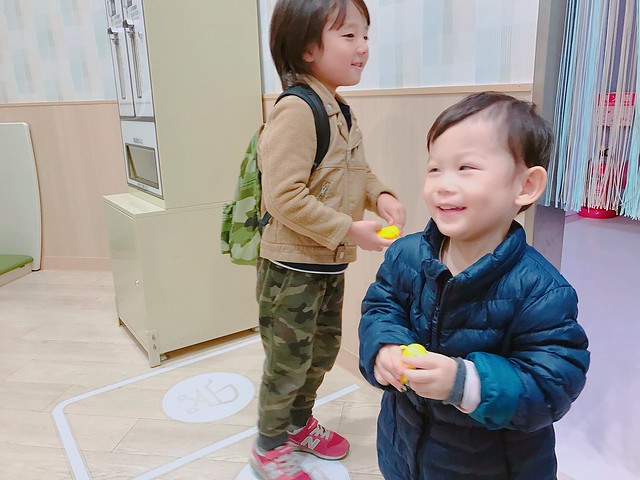 Sousuke got a same one!! 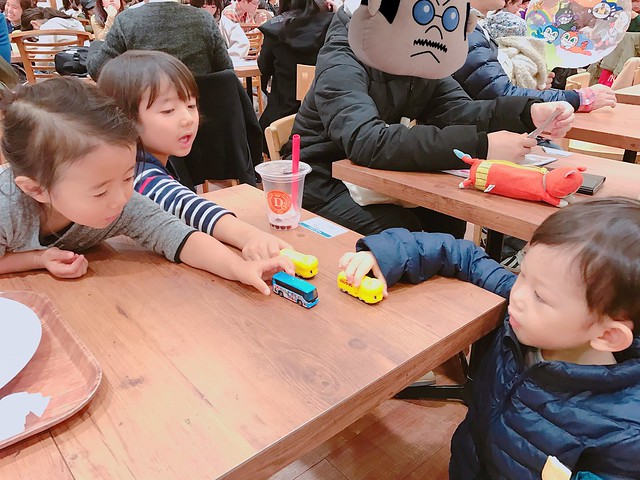 The kids with their Tomica <3 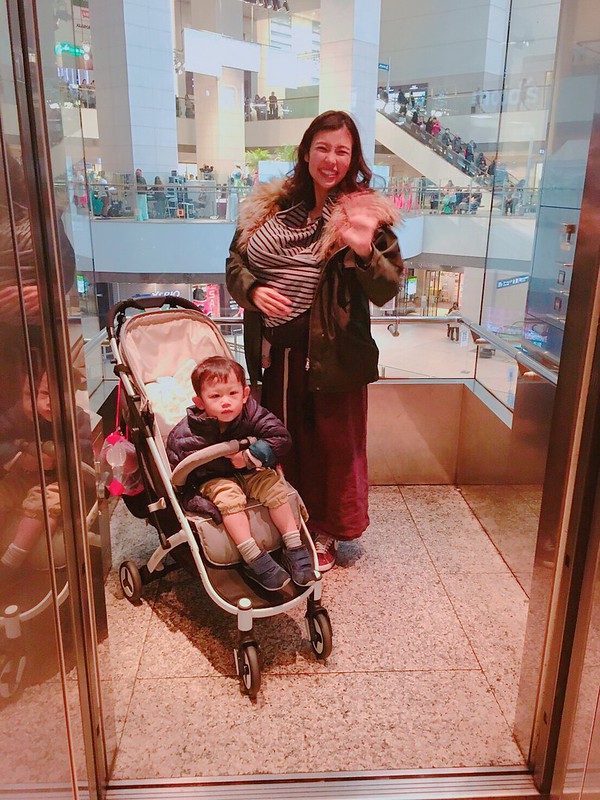 Haha. Sayaka took this picture when we parted and I took the train back to Tokyo.

By the way, Ando Momofuku lived a long and happy life and he passed away in 2007 at the age of 96. His secret to longevity was golf and eating Chicken Ramen everyday. I have to stock up on some more Nissin cups right now.

Stop and smell the roses