The fusion of Japanese food with western style and presentation. How would this hybrid of culinary passion turn out? Take a look for yourself 😉

This lil’dish caught me off gourd, as it was surprisingly crunchy and refreshing, not what I was expecting it to be! Which is a good thing 😉

Sea urchin served in between scallops with salmon roe.

The taste of the scallop was very fresh, however i personally didn’t quite like the taste of sea urchin. Kinda spoilt it for me.. read more

Pun of the day:
Those who are single-minded on making new friends turned up for the party that night.


JoyceTheFeriFeri wrote about the event so i’ll just provide pictures.

And i’ll damn well make sure you regret not going to the party. 😀

My first party post that has something to do with alco. It’s as good as Joyce writing about a thorough study into the effect that certain smells of cheeses have on the well-being of chess players. But Cheesus Crust was the crowd huge.

In Joyce’s words: So happening gila babi can die dot com dot my.

Just some super random old photos i found in my 30GB gallery.

I could have said so much about them.

But i can’t exactly say anything about them.

Credits to Ching for some of the photos.

And yes it’s upside down.

I was a table lamp.

My hair was longer. It grew, i trimmed. It grew, and i trimmed again. 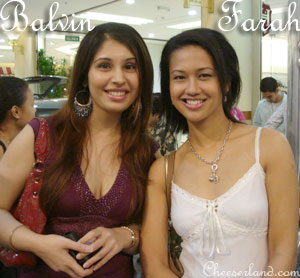 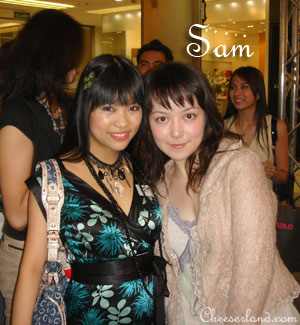 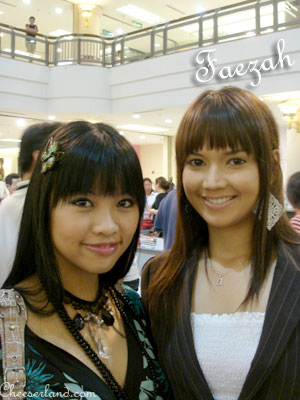 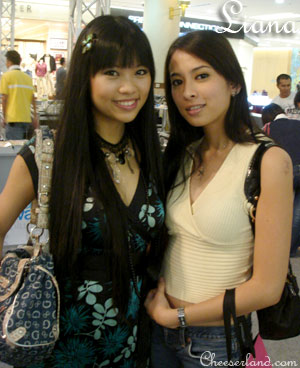 Lianaaaaa! Haven’t seen you for ages since your graduation! Damn suprised to know that you work in BnBC now. Small world! 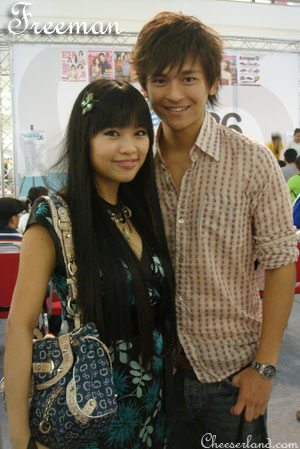 CheeMeng! Still looks stunning as ever after three years. Why you change your name la. CheeMeng sounds good. 🙂 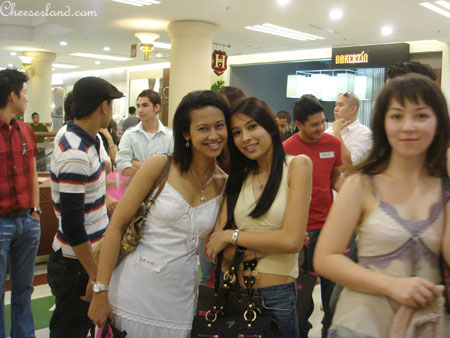 I actually love my new hair. You know why?

I save damn lot of eyebrow pencil refills! 😀 😀 😀

OMC OMC. I want to keep a dog. I wanna have a maltese and i wanna name him/her Cheddie. 😀

I love going to Ikano pet safari. I can stay there just staring at puppies sleeping for one whole hour. They are just too cute! It’s like how the girls get mesmerized at Tiffany’s. Breakfast at Pet Safari. Wahaha. read more

Pun of the day:
When will i si-chuan again? What’cheng-du with no more china posts?

I can’t believe it took me two months to finish my 8-days Sichuan travel log.

It feels kinda sad to write the last post about Sichuan Cheesecapade because i don’t know when is the next time i’m gonna go travelling again. 🙁

Speaking of which, Chengdu is a prosperous city in China. People there have good fashion sense.

The girls there are so chun you just wanna turn lesbian and marry them. read more

I Cut My Hair

Pun of the day:
At first I hated my haircut, but now it’s growing on me.

Finally. I cut (read: not trim) it. After 5 years of same old crap.

Celcom is giving away brand new phones if you register your X-Pax Prepaid before the deadline. Download the TowerX widget and see if you could be their next winner. read more

Pun of the day:
I really tried to punda post, but i think i’ve used up all the relevant panda puns.

Guess where are we going today?

I went to see the pandas in the biggest panda base in Sichuan, for the first time in my life!

Now i can really be one smart panda after learning more about their ways!

Suddenly everything was so pandaful

My Lullaby of Rain

Pun of the day:
I love to be showered in serainity when i go to sleep.

It’s been raining every night here.

There are some people who prefer the solitude of silence and darkness when they lay themselves to sleep.
The only lullaby which can accompany them on their journey is the soothing sound of raindrops falling.
They fear distractions.
They dread rude awakenings.

I do know someone who can only fall asleep by being immersed in the liveliness of noise.
A jarring cacophony of sounds is needed to escort that someone to the land of dreams.
“I need to feel that there’re people around me”.
Perhaps, you’re just as insecure as i am. read more

Pun of the day:
Never upset a cannibal. You might end up in hot water.

I finally know how it feels to be a dog who eats hot dogs.

Yummy cookie sandwiches, enriched with Omega 3 and 6. Sounds great. Good for my nails.

And take a closer look.

Burst of flavor–Chicken and Mint?!?

What kind of sick cookies are chicken-flavored? As if that’s not bad enough, they also wanna make the chicken taste like toothpaste!

Pun of the day:
These doggies ain’t poochovers, as evident from their dogged standpoints.

So i decided to eavesdrop on four male doggies, Alsensation, Bull Terror, Cheesehaha and Dullmation who were having a macho night outside my house ranting about girls.

Alsensation: Haih… So hard to get a real girlfriend nowadays.

Alsensation: I *was*. They are all lookers… but at the end of the day, they’re just hypocrites who are only after your money. Nothing is real in them. Man, even their tails are fake. read more