Junya was about to go on his first date! 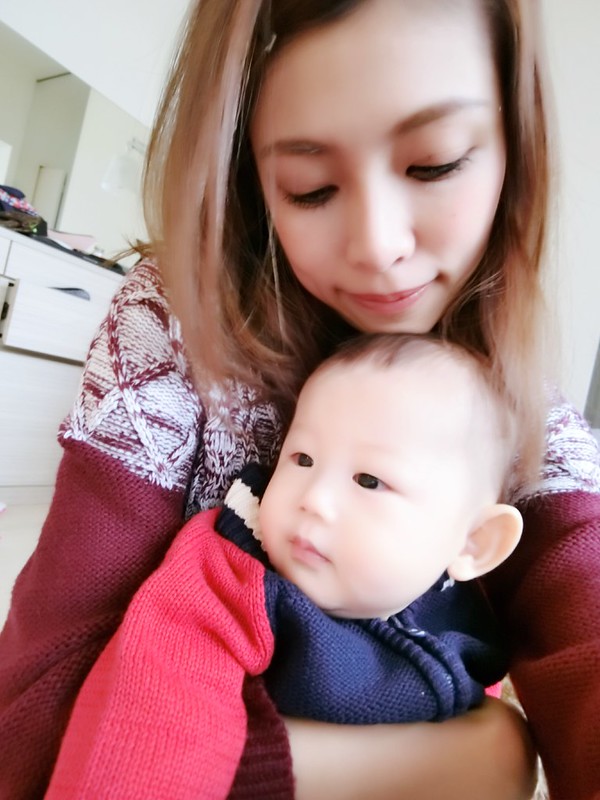 After the meet-up with Sayaka and Anna, we decided to meet again when Junya is finally here so that the two of them soulmates can meet for the first time.

To cut the story short (long story is on the link above), Junya and Anna was born on the exact same day, so their mommies feel that it’s sort of fated! When we chatted all these while, we also found out that they have too many similarities!! Of course the age is exactly the same, so it’s very likely they will hit milestones at the same time. But things like falling sick on the same day… that’s just like they are lovers on another star in another paralel world XD read more

To continue from Part 1!

This was back in December, 2014 during our stay in Tokyo.

The danna had work most of first and second week so i braved myself to go out alone with Junya to catch up with some friends!

RinRin was the first person who came to meet me up all the way at Lumine Ikebukuro! It’s just right across my apartment so it was really easy for me! (If i forget anything we could just go back to my place) 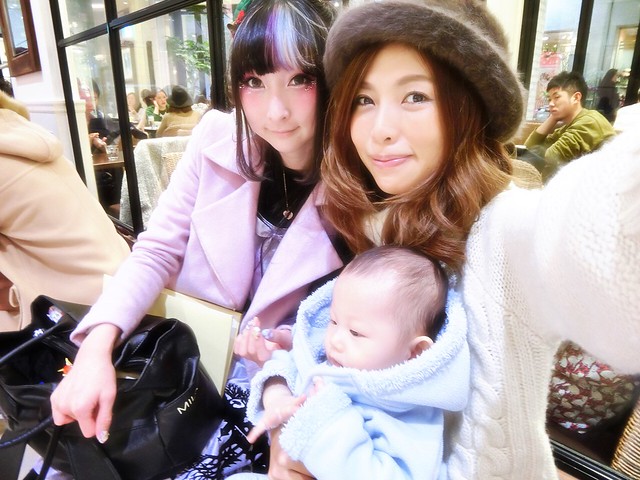 Harb is a chain cafe that serves light brunches and also cakes. They are baby-friendly, however we had to wait about 15 minutes as they only allocate certain seats for guests with strollers (so that it won’t be in the way). read more

Are you a fan of Hello Kitty, Gudetama and other Sanrio characters?

And I was so lucky to receive some of the latest collections! I ordered them in my pre-pregnancy size so I can wear them soon!! Here are the coordinates: 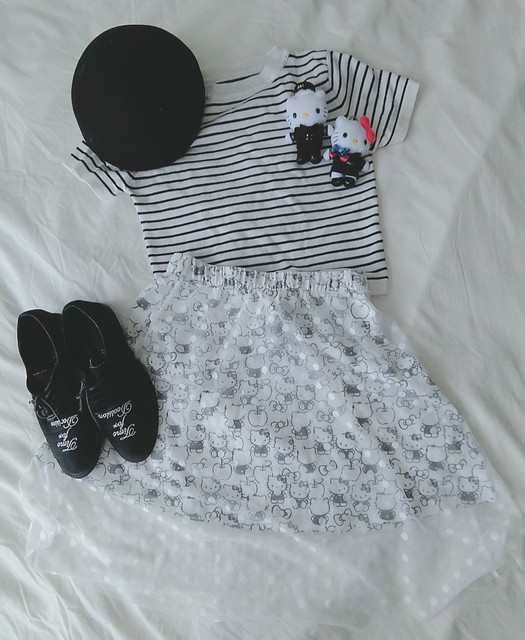 What is Tokyo without having ALLLLLLL the awesome food!!

Before i had Junya, i could eat the entire Tokyo if i wanted. The only problem was the space of my stomach. But not now when i have a little one glued to me 24/7. My choice were limited, i had to think thrice before deciding where go eat. My whole knowledge about dining in Tokyo was corrupted and had to start from ground zero.

Or so i thought.

It turned out, the only thing i didn’t have was probably tequila. I fulfilled and checked all items off on my Tokyo Must-Eat list, including sushi, ramen, yakiniku, hotpot, pasta, gyutan…… It was quite amazing! We went to all the restaurants we couldn’t previously fathom having a tiny baby around at, and we survived (gracefully). read more

How I saved my baby from murderous dead chickens

So this is a story of how i saved my baby from murderous dead chickens. Raining down from the sky. Yay i just promoted myself to Supermom.

Except no red cape, no weird fringe, no flying hi-speed across tall buildings scooping my poor falling child up with one arm to escape a villain zombie chicken attack.

What happened was, in actual life, we just came back from our family trip to Singapore late at night, all tired. Except the little one because he just had a nap in the car. And i had tons of chores to do and one of the first things was to put all the perishable groceries into the fridge (Hokkaido milk from Meidiya, yay!). read more

Photobook for the family!

If you have a baby, i’m sure you know how important it is to capture every single precious moment. You can just miss a couple of days and suddenly your little crawler has a tooth.

I have more than 10,000 photos and videos in my iPhone now XD. It would be really nice to print some of the best ones and compile them into an album. Photo albums are so nostalgic but also a bit outdated.

Nowadays most people go for photobooks!!! I have quite a lot of photobooks (for honeymoon, wedding etc), but they took me weeeeeks to design, and honestly i don’t really have the time for such luxury nowadays, yet i still very much like to have a few keepsake to document Junya’s life as a baby… read more 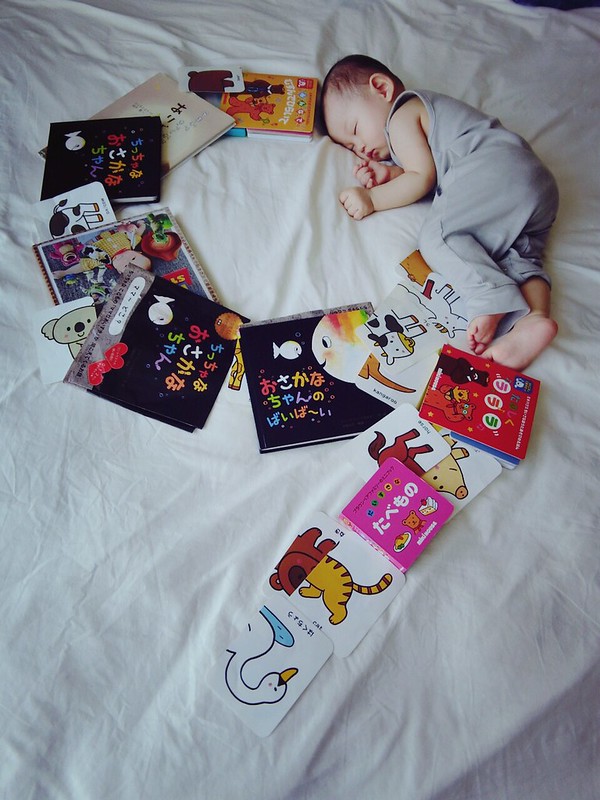 Honestly i don’t really remember anything life-changing happening in the past few weeks, so i’d say it’s a month of steady strengthening instead of breakthroughs. For example the beginning of his 8th month he started pulling to stand with much struggle, and by the end of it he did it like a piece of avocado. Into the first week he dropped 4 out of 5 Egg Boro i gave him, and the past few days he’s been picking up food off his plate like a juggler! read more 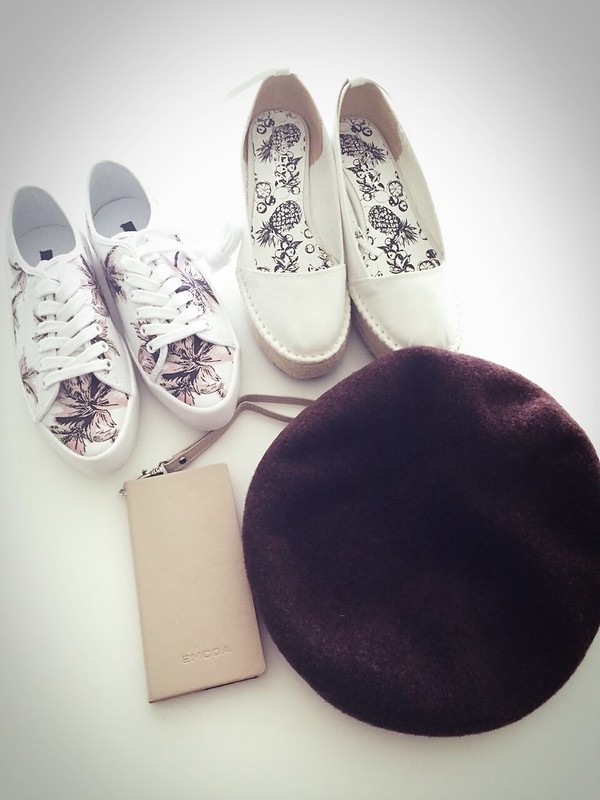 Some new shopping from EMODA.

The theme for EMODA Spring/Summer is Effortless Bohemian. It’s a little more feminine than AW last year with lots of fringes and laces! In terms of colors, they are playing with a lot of white/silver, and plenty of denim.

Here are some of my coordinates this spring 2015: 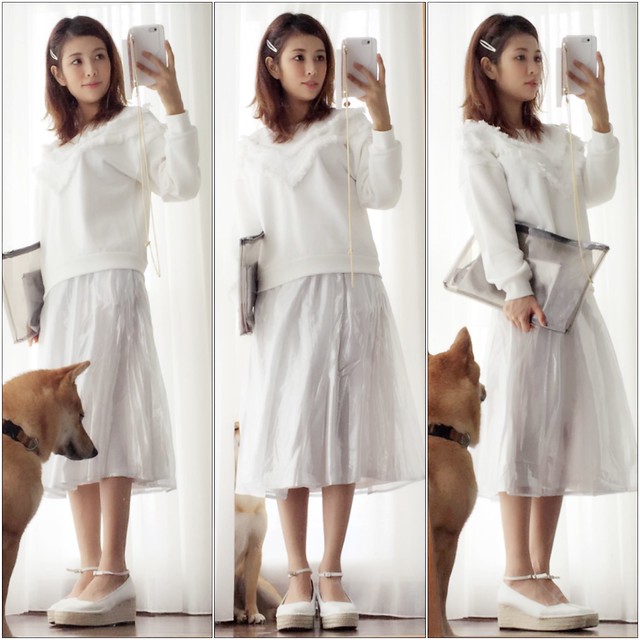 I really wanted that pair of espadrille, but it was a little pricy (EMODA’s collaboration line with Tsuru is of a higher price usually), but now it’s on sale!!!! :’D read more

You can refer back to that post for all the basic features. In this second review, i will focus on some of its modes and filters!

Just to recap, Casio Exilim MR1 is a new style selfie camera that captures the image you see reflected in its mirror surface. 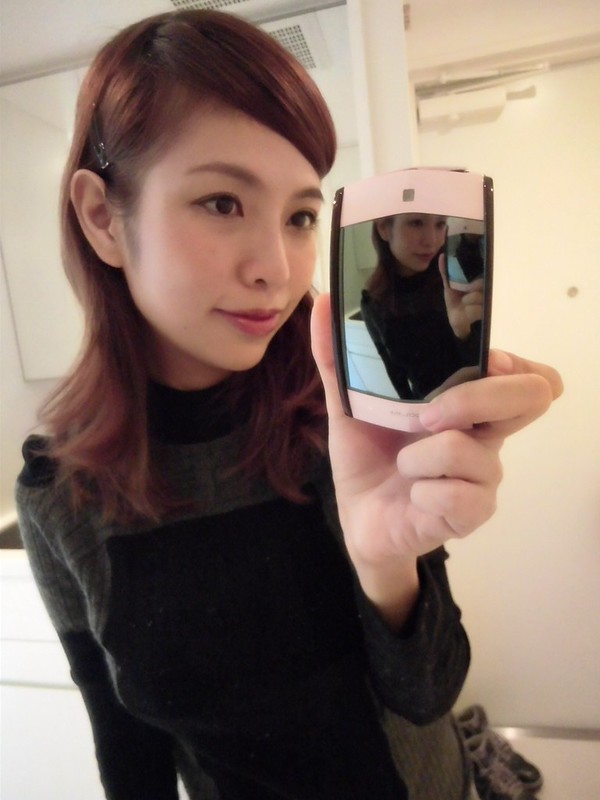 Let me just elaborate on a rather often overlooked problem of other selfie cameras. 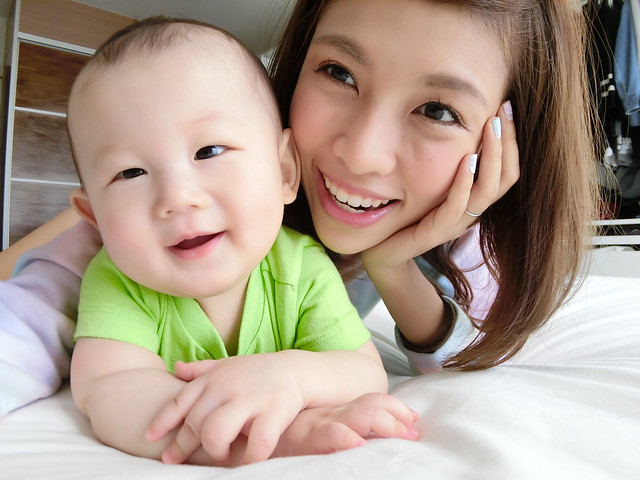 Except that we are both looking at ourselves, which is the screen. Which is away from the lens. While of course i could just make an effort to look at the lens instead, but to be honest it is quite hard to do that because people who takes selfies are people who are obssessed with looking at themselves LOLOLOL. Ok la and also if you take a groufie, chances are some people will look at the lens and some will look at the screen. read more

You never expect that there are so much to do in a hotel!

I have previous blogged about the Keio Plaza Hotel’s Hello Kitty Room, this time around, it is all about foooood.

There are more than 20 restaurants and bars (!!!) in Keio Plaza Hotel, so you can expect an array of gourmet surprises during your stay in the hotel.

To be honest, during my 2-night-stay in Keio Plaza, i almost never went outside of the hotel (only to Isetan and Don Quijote nearby for shopping), and i had all my 3 meals in Keio Plaza daily.  It was almost like a relaxing resort holiday. So here are my dining experience throughout the 2 days! read more