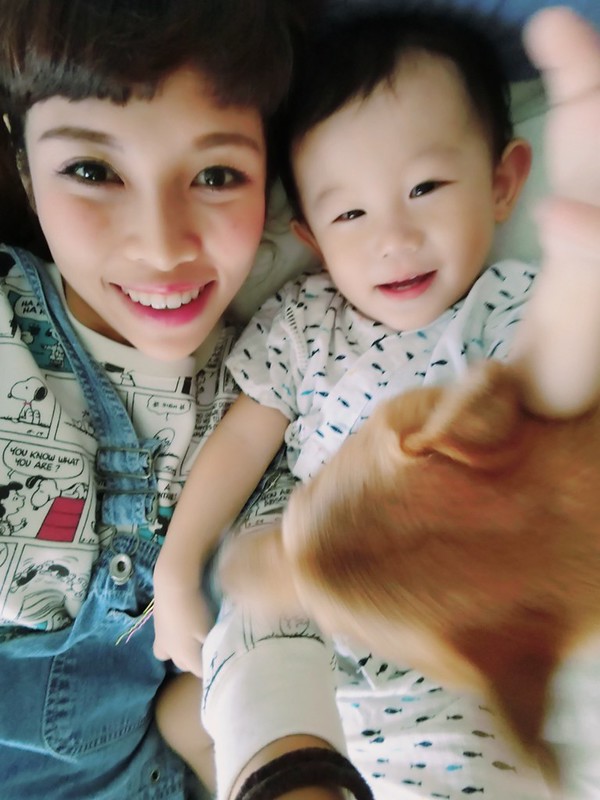 He also likes to tell himself “don’t cry” when he is crying lolol. That was cute.

He loves to ask for hugs, and goes like “mama, mama, hug, hug!“. At first i was soooo happy that he was so sweet then i found out that it’s fake because he just wants me to carry him so that he could reach areas that he could not by himself. -_-

Junya caught a major flu bug this month T_T. Our family took turn to get sick on CNY. Firstly he was sniffling and coughing a little, then i had a full blast pleghmy chest and runny nose and the worst part was that i could not take any medicine at all. It really felt like crap T__T. And then now it’s the danna’s turn.

But for the first time he learnt how to blow his nose!!! 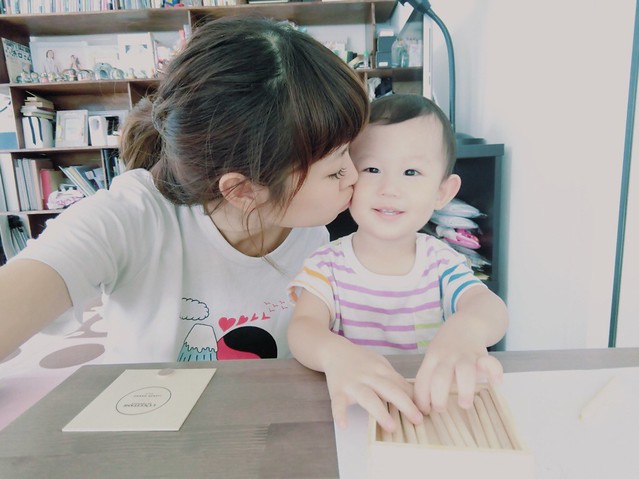 We also bought him his little “work station” so he can do his coloring and stickering!

What else happened this month?

Because I haven’t been around.

This is probably the most emotional monthly update of Junya i’ve ever written. For the past couple of weeks i have been feeling so upset that I actually thought I couldn’t bring myself to write this post. But then what do you know, motherhood is not just about cuddles and laughter and cute mama&bb selfies.

I have been away half the time the past month in Japan for work. I was in Osaka for 4 days, then travelled back for 3 days, and then left again for a week to Tokyo and Tohoku.

Remember the reader me who accused me of making my son unwell by bringing him travel too much in my blog post last month? Well guess what? He didn’t travel, he got sick, and not bringing him to travel with me was the biggest mistake i’ve made as a mother.

Well bringing him together with me was not an option either since it was for work. But now i could just say to myself

Do not ever leave your son and go travel alone again.

Because i was away for just one week, and Junya was a changed person. Like, completely.

Before i left for Japan, I sent Junya back to my mom’s place with our helper. Papa was in Singapore working his ass off for the CNY rush. Both his parents were not around.

The only time i got to interact with him was through FaceTime during my work breaks. 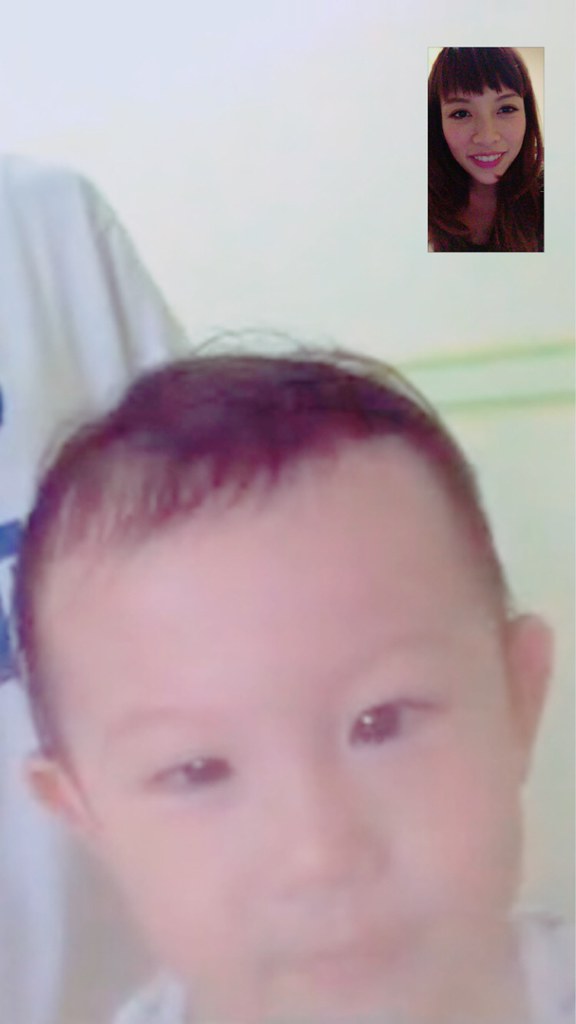 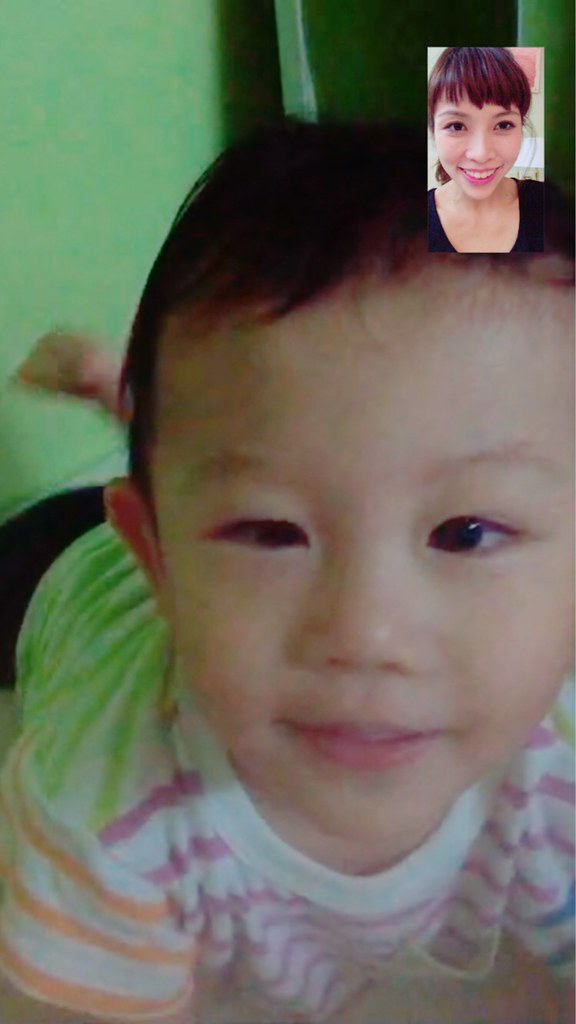 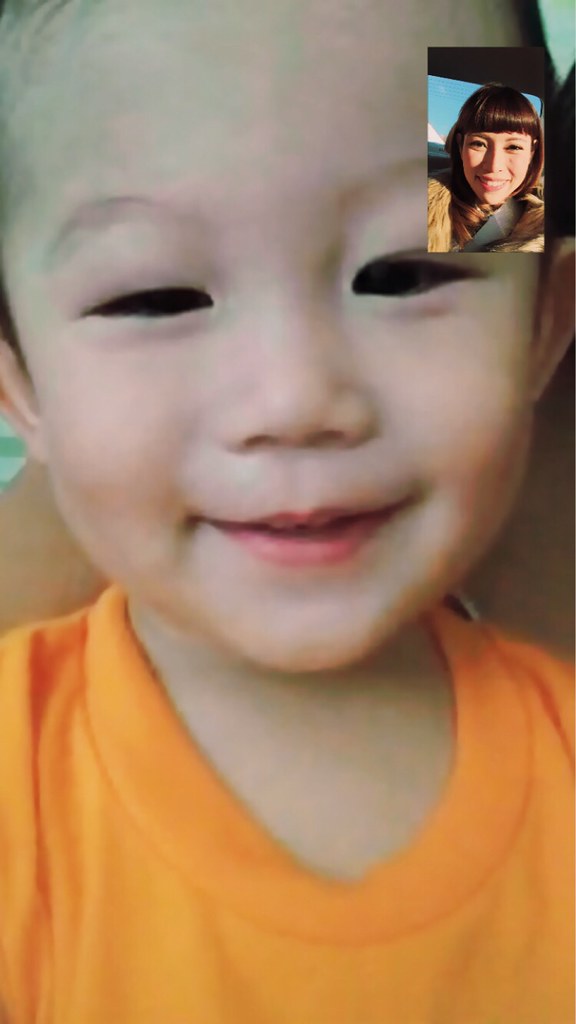 I was in hotel rooms, outside in the snow, walking back from dinners, waving to my iPhone screen grinning like an oaf.

That was the best i could do to stay in touch with him while being away.

When i came back i thought he would be extra clingy to me, but i was wrong. He was happy to see me for like 2 minutes. And then i could not control him anymore.

Ending the night was hell. He didn’t want me to put him to sleep. He cried for a good 20 minutes, breaking away from me and just refused to let me coax him to bed. He cried to be let out of the bedroom. He even said “no no. Don’t touch.” when i tried to hug him.

My heart broke into a million pieces. He eventually fell asleep out of exhaustion. The same thing happened the next day, and the next. It felt like I don’t know how to be a mother to him anymore. It felt like i was a stranger to my own son.

I felt completely and utterly defeated.

And then a thought crossed my mind – my son doesn’t love me anymore.

I was in shock. He was never like this. He used to want to stick to me like superglue, and he would only fall asleep when i was around.

I was away for one week. ONE FREAKING WEEK.

I was so sad thinking back about all the nights he used to fumble and look for me to nurse like i was his vial of life. All those time he would climb on top of my chest and sleep soundly, feeling secure.

I felt so betrayed.

All those talks about breastfeeding bonding is complete bullshit.

I nursed him for 15 months and all it took was ONE WEEK of absence to wipe it all out.

I don’t remember the last time i felt so utterly heartbroken. Probably when i was dumped by an asshole ex bf who liked another girl. Something like that. But i felt that much hurt. And i have no one else to blame but myself.

I almost regretted that i went on the work trips (even though they were really great). I don’t know if it happens to other kids when their parents are away like that. Maybe some do and they had no choice. But for me i had a choice. I could have chosen not to leave him. I could have worked less. I could have chosen to spend more time with my child.

If being away working a lot is gonna affect our relationship this much, i am honestly considering quitting my work. And i really, really do not ever want to travel without Junya anymore. What’s more with the arrival of the new baby.

Or maybe i am just extra hormonal. You can’t really tell for sure with pregnant women.

I am trying to cut down all my work now and spend as much time as i could at home to make up for it. I am trying to mend our relationship.

It is slowly getting better though. The putting him to sleep part. I realized that he has many imaginary itchy spots, he’d tell me to put medicine (Baby Muhi) for him, saying “chi chi chi” (itchy), and i’d ask him doko (where)? And he’d say “koko, koko” (here, here) pointing to a random (maybe imaginary) spot. And he’d pull my hand to scratch it for him, and then he’d slowly calm down and fall asleep. 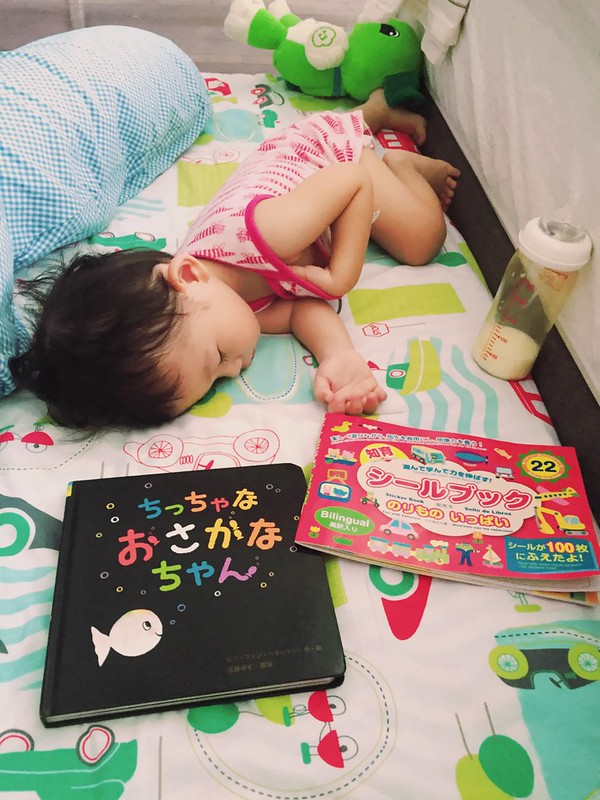 Sometimes it takes a lot of book readings and milk bottles and distractions and songs and constant carrying from bedroom to kitchen back to bedroom back to kitchen fetching random objects… etc etc etc.

Sometimes it didn’t work and i’ll just have to let him cry a little before trying something else again. 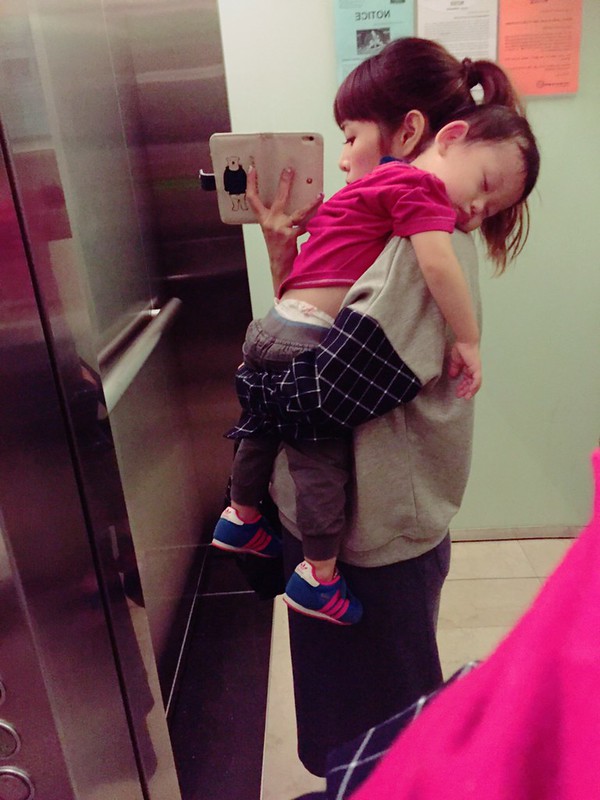 Whatever it takes, however long it takes, i will put my baby to sleep, every night from now.

I want to be his mother again.