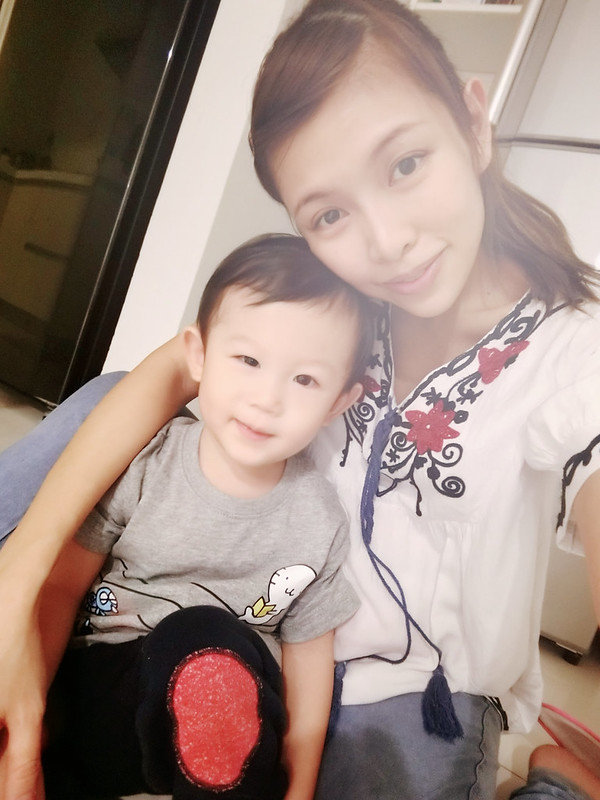 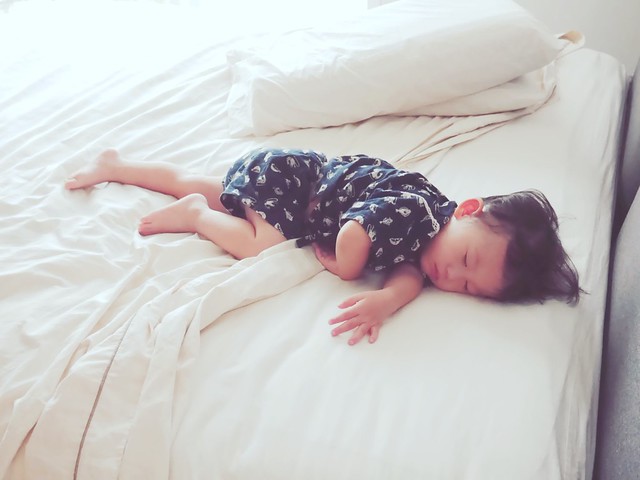 I consider this quite an achievement, considering how sticky he has been with me! He used to need someone to hug him to sleep, or at least a milk bottle if he is very very tired. But recently without even knowing, I accidentally “trained” him into going to bed by himself. This is what happens when you really don’t have the time to spend 1 hour tucking your toddler to bed.

Typically after his night milk routine which is about 8pm, I’ll give him a toothbrush and we would watch videos on the bed. He always asks for Wheels On The Bus song so every single day we just watch different versions of the song. Initially he would ask for more songs, one after another. And if i said no he would protest and whine. But I have decided 3 songs is maximum so I stuck to that, and told him by the end of the second song that this will be the last, and after this song, mama will get a goodnight kiss, switch off the light, and close the door, then get him to pinky promise. He always eagerly said “okay, promise!”. At first he continued to whine, but after a few times he got it, and miraculously he would just willingly give a goodnight kiss, I’ll switch off the light and close the door, and he goes to sleep just like that. @.@ 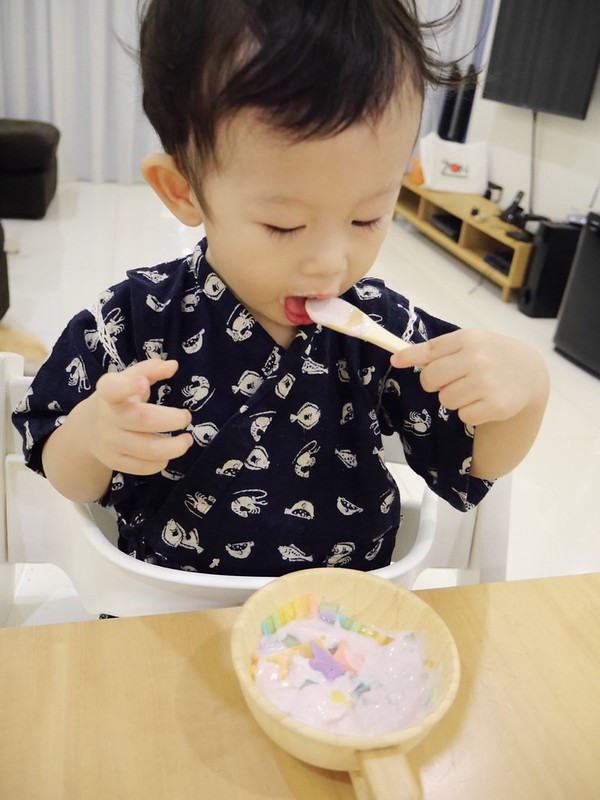 This month he has monster appetite. 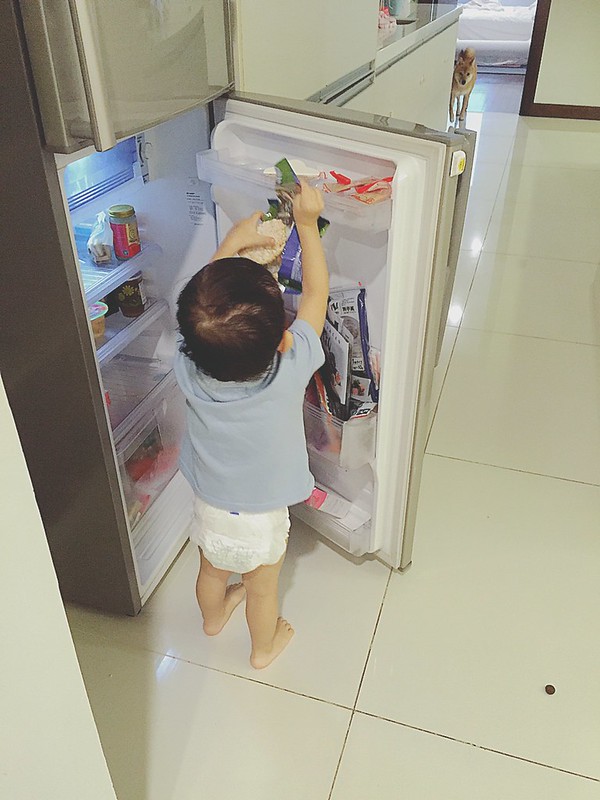 He also can open the fridge anytime and withdraw random snacks to eat. Including seaweed, Goji berry, cereal, fruit juice. (He broke the fridge locks. These things never works.)

Here are just some of the things he said recently:

“I miss cockroach.” (he just saw a cockroach for the first time the day before.)

“I want go shopping together mama!!!!”

Things he said in his dream:

Breaks Into A Song

Like, literally. Out of nowhere he’d make circles with his arms and goes “allllll day loooooooong“.

It’s all my fault because I got very confused myself when I talk to him in multiple languages.

So now he goes: 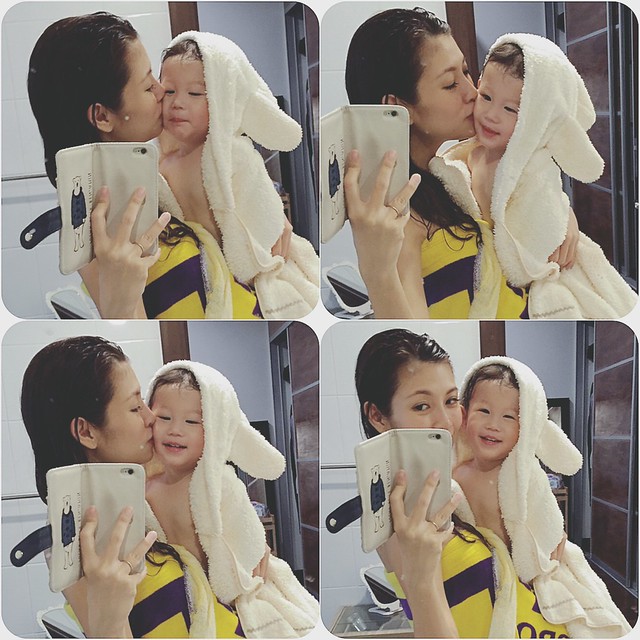 Giving as much attention as I can now to Junya as he will no longer be the only child sooooooon. My favorite is bath time because… well, you can’t do this naked skin to skin bonding forever. One day your baby will grow up and you are gonna miss this soooooo much. Cherish it to the max.

What else? Mama is also… 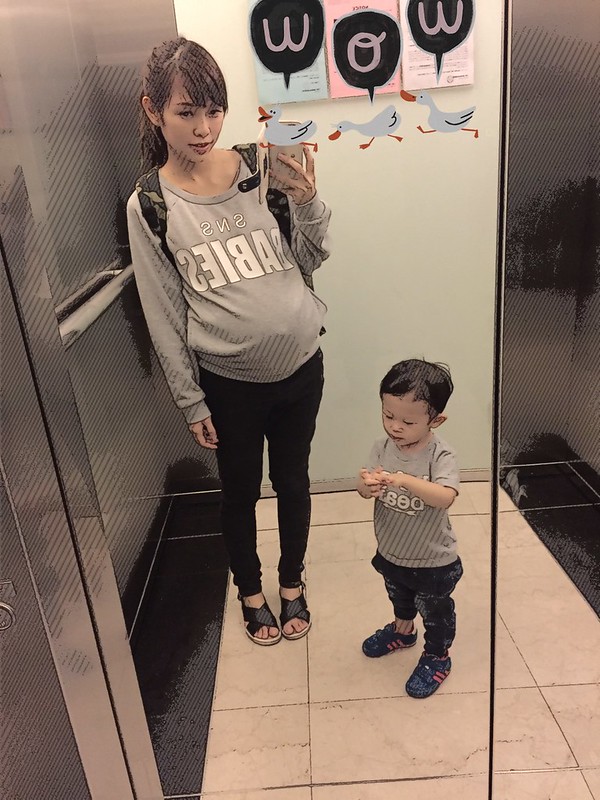 … just waiting for contraction to start… endlessly. And getting tired and sleepy after 40 mins of walking. Good night everyone.