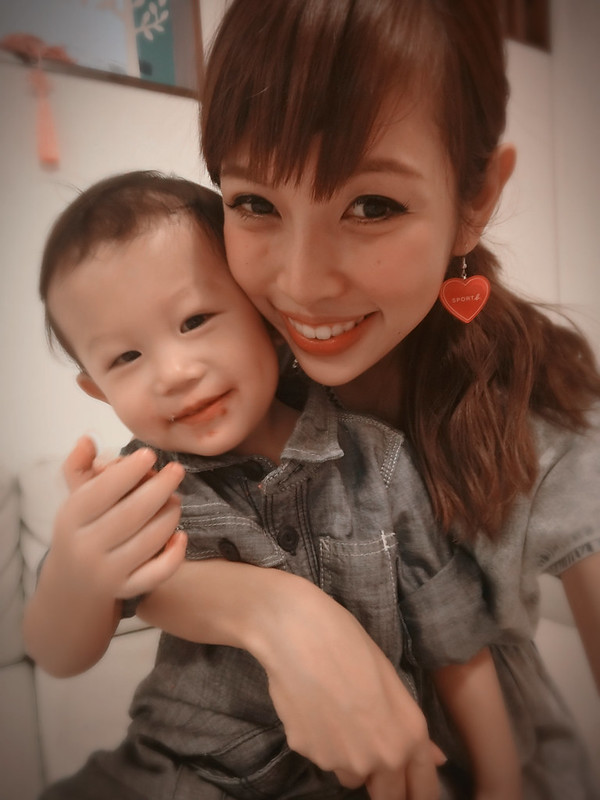 JunJun Must Do Everything

“JunJun Does Everything” started the previous month, but this month he made sure that he has to be the one who does everything, with no interference whatsoever. 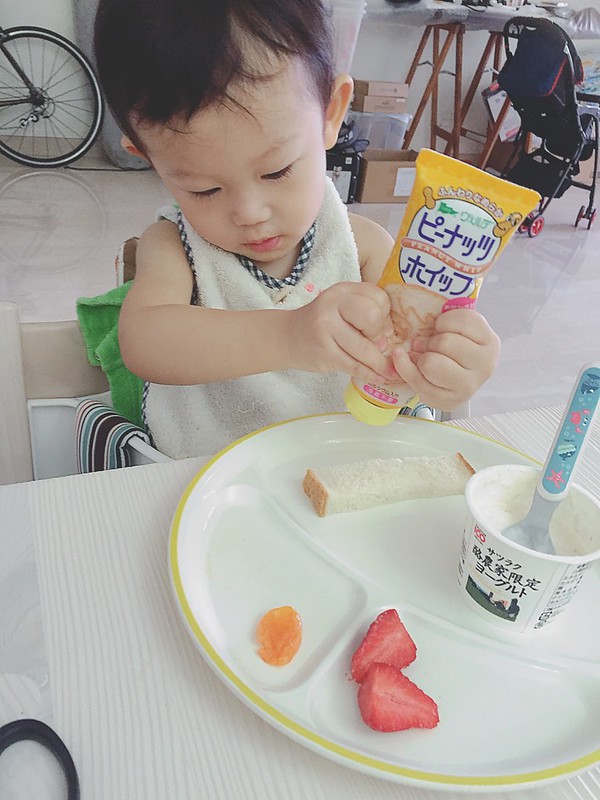 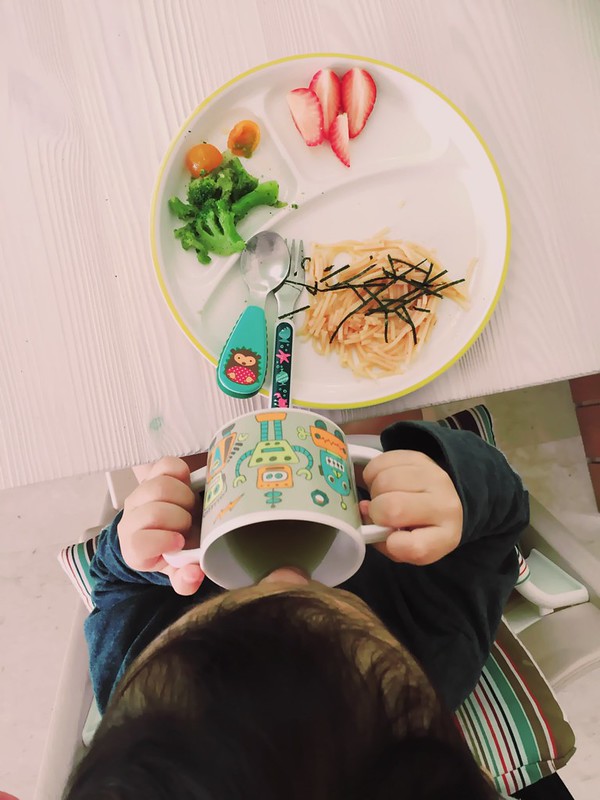 He also insisted holding his own cup/glass/mug and I am not allowed to help him hold in any way. At all.

The first half of 21st month was a nightmare because Junya was a baby again. He woke up at least 2-3 times a night crying for milk. 2am, 4am, 6am. Exactly like a new born, except a newborn who can tell me what he wants.

And he won’t stop until he got his milk. I secretly feared for my life. How long is this phase gonna last?!? If it lasts till the new baby comes out, it will be as if I gave birth to TWINS omg. T__T

It was tough to wake up every 2 hours to make milk but that wasn’t the problem. I was more worried about tooth decay because of all the sugar in the middle of the night and no brushing. The danna insisted that the night feeding has to stop, so I let him “cry it out” again like baby time. Very very luckily, it took 3 days (of 45 minutes of tears and hand-pulling “mama make milk!!!” and massive heartaches) and now he sleeps through again.

We travelled to Singapore for a short stay, which means that he had to skip school. Now his schedule is all messed up again. In the morning he plays with me and he usually only sleep 1 or 2pm, and sometimes he just dozes off during lunch lol. 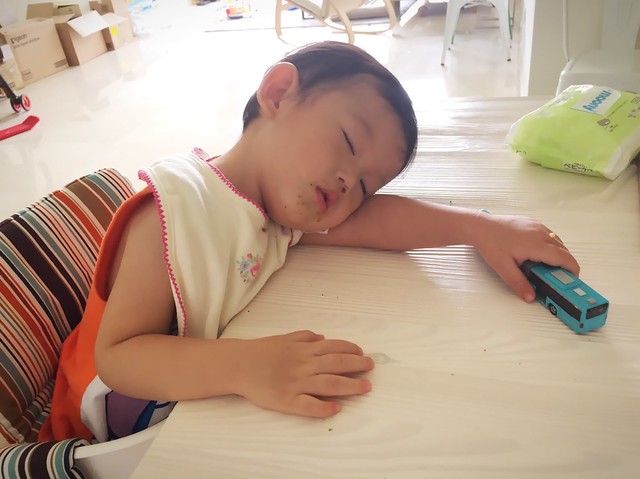 But these few days he’s been napping 3 hours (longest 4 hours!!!) in a row, which is why I have time to write this blog post lolol.

He knows exactly what he wants…. Or not.

I used to let him have options to make things easier but nowadays it just becomes a headache -_-. During teeth-brushing time, I’ll fetch him the toothbrush, and he’ll be like “no, dowan pink. I want blue.” When I exchange the blue one for him, he will be like “no, dowan blue. I want pink.” And laughs.

Tooth brushes are ok. I mean, you just have to make like 15 extra trips to the bathroom. The real pain is when you make him milk. “No, dowan cold. I want warm.” And when you heat it up, “no, dowan warm.”

Oh, it has started. 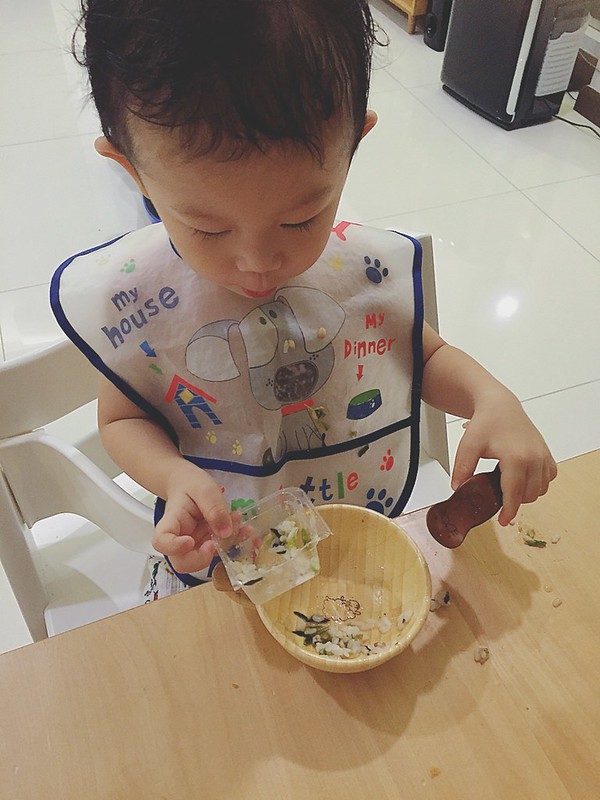 He’s not very good at cutleries yet, and sometimes eating with hands is so much more efficient. Every time I encourage him to pick up the spoon and fork and explain to him that “it’s messy eating with hands” (soup pasta with fingers, anyone?!?), and he shakes his head, looks at me innocently and says…

Random lectures he gives me at 21 months old:

“Scissors be careful. Because dangerous.“while shaking his head vigorously with a concerned look for his mama.

Mama asks: “Who does mama love?”

“Who does JunJun love?”

Now that he needs to spend more time on his own while his mom is doing all the mundane chores, I have also upgraded his toy collections. He loves miniature toys, especially food stuff which he can make stories with! 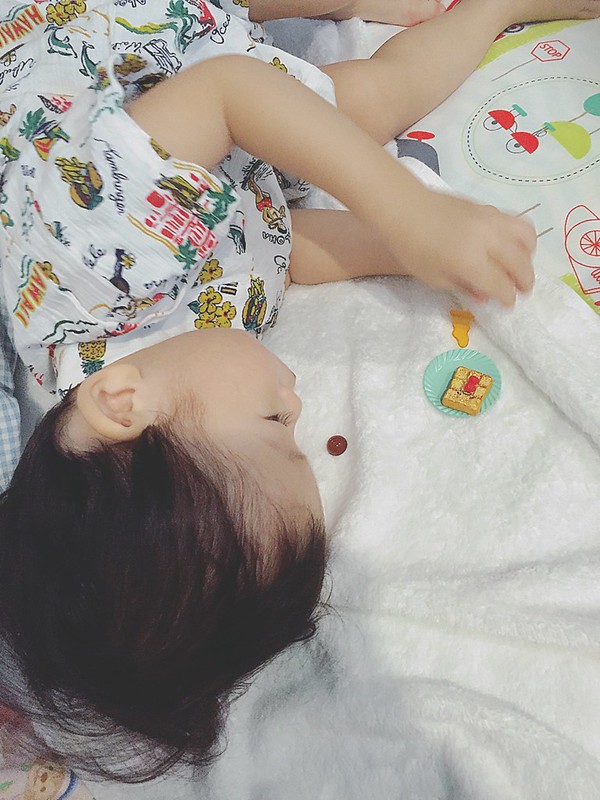 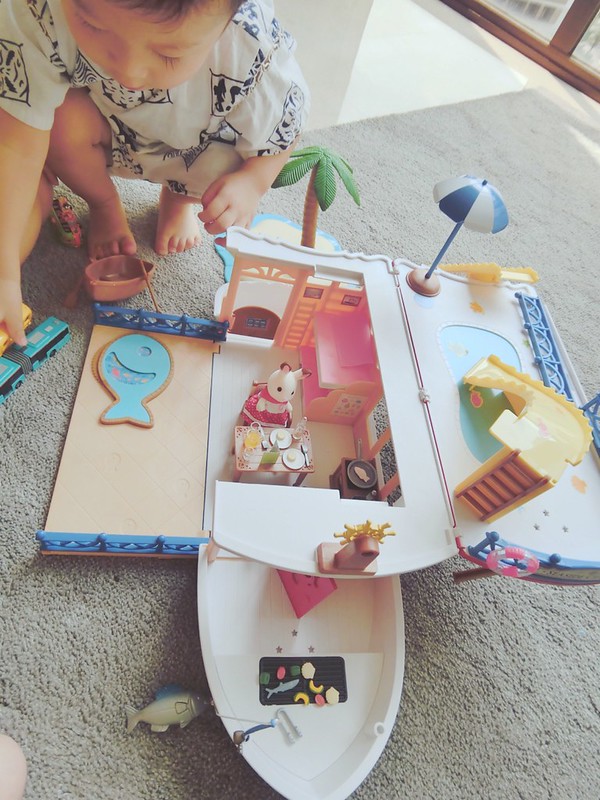 Recently I got him his first Sylvanian Families collection. We both have lots of fun playing, although I must admit I’m probably more obsessed than him with the collection lolol. 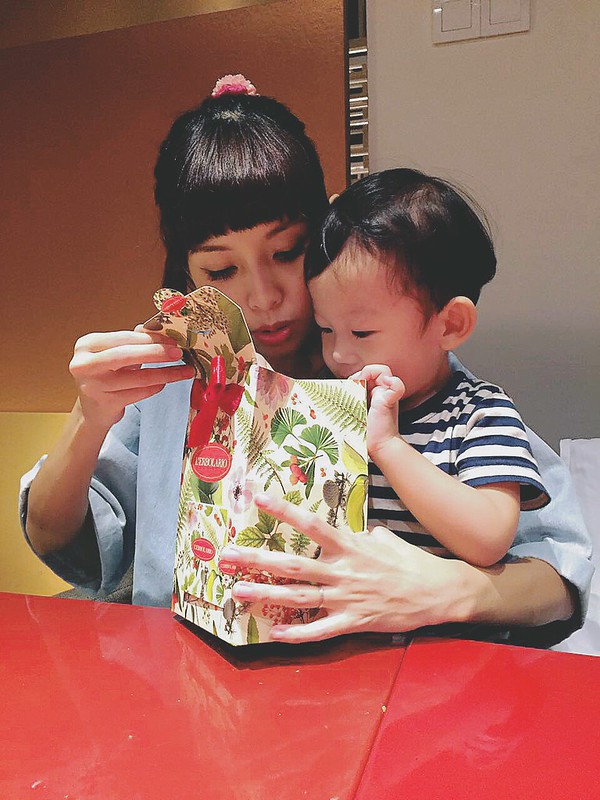 Due date is one month away and I am still traveling non-stop (don’t tell my gynae!!). Many of my readers were absolutely right with their comments – that it is really a psychological barrier that a mother thinks that she needs a helper, and let people around her convince that she needs one. Just forget that it is even an option.

Honestly when I was used to having one, I was absolutely horrified to imagine a life without one, and think that I would probably suffer nervous breakdowns and my life would be miserable. But now that I have done without for over a month, I wondered why I had one in the first place (I still think that it was one of the worst decisions I’ve made, but it’s okay, we always learn! Never try, never know!).

The house isn’t as messy as I thought it would be. The cleaning up doesn’t take as long as I think it would. Yeap sometimes you have to heat up frozen food for dinner. Sometimes your son demands to have a diaper change while you are half way washing the dishes and have a million things to pick up from the floor. 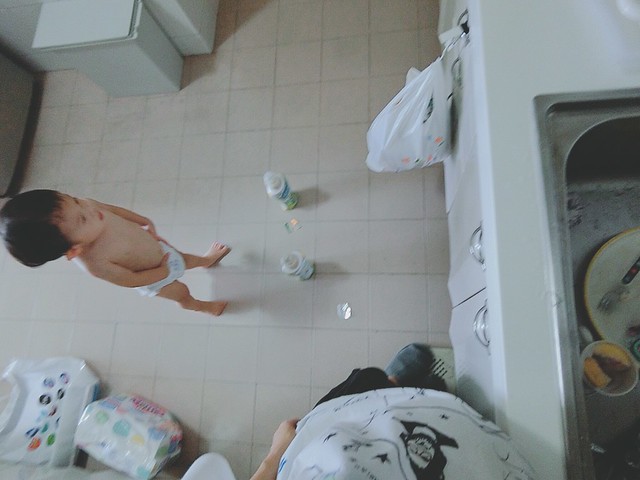 But my life isn’t miserable at all.

I get frustrated that things keep getting messed up after I put them back into place. But the frustration lasts only like, 10 seconds, instead of a nagging worry that was constant and lasted forever compared to last time when I lived with a helper. It is very cliched but it is true that when you see your child smiling happily at you, whatever negative emotion just dissipates in an instant.

And the mostestestest important thing is that now I can be 100% sure that he is under my very own care, and that I am 100% responsible for his very wellbeing. And that puts my mind so, so so much at ease.

I am really looking forward to the new challenge of being a mother of 2. Mothers are like Pokemon. We keep leveling up. We are Pokemoms! (If you don’t hear from me for the next couple of months then you know Pokemom K.O. liao lolol.)