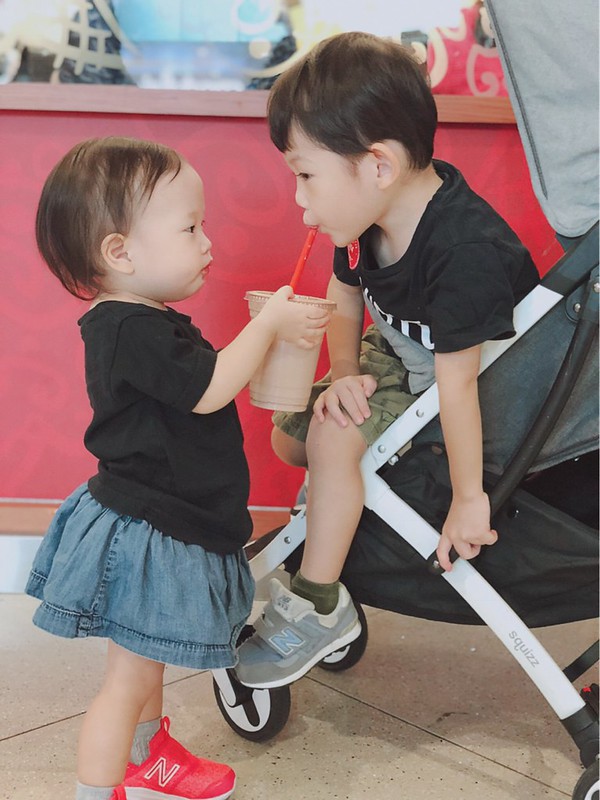 This post was written in advance because I was away last week traveling and wasn’t able to update. 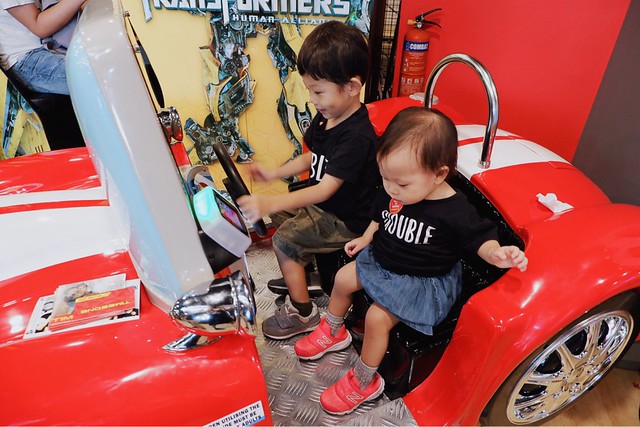 So here’s what happened in the past month. ^^ 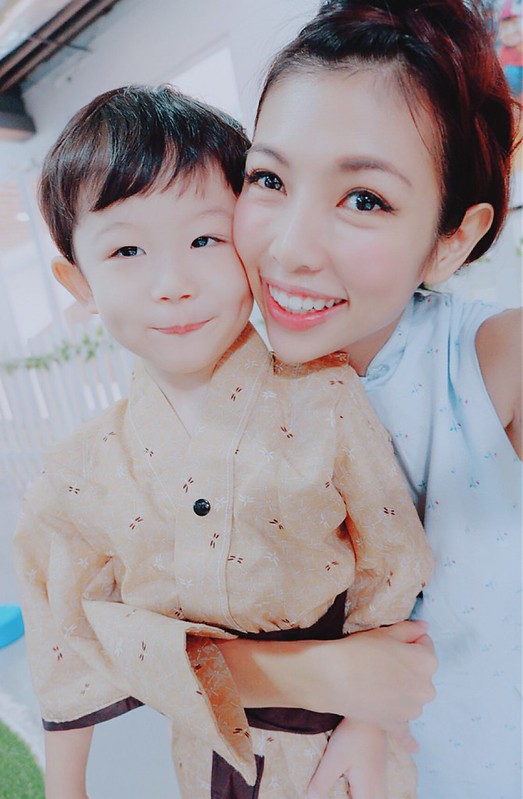 Move it Move it 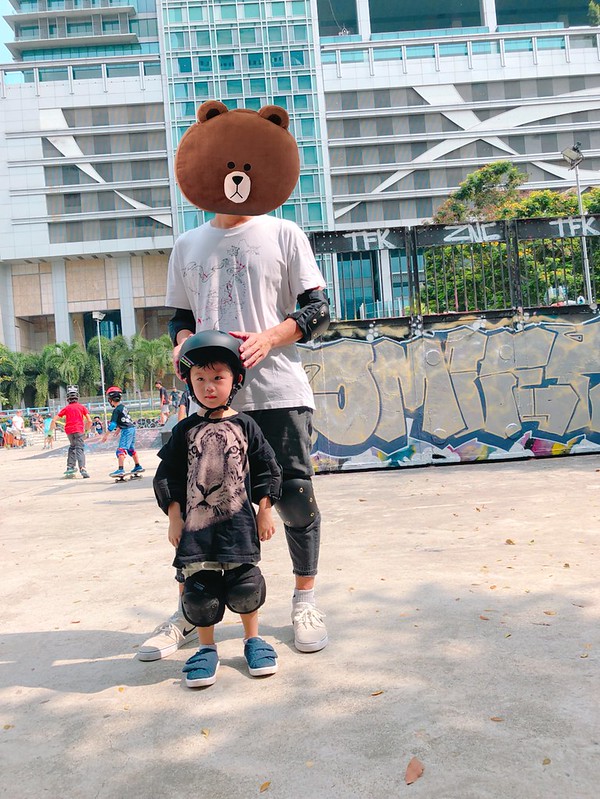 We were trying to get him to be more active. His school (and schools in SG and MY in general) doesn’t provide enough physical activities, so the danna brought him to the skate park. I guess unfortunately he’s taken after my extremely indoor genes… and have zero sports talent haha. T_T I used to be (and still am) so against outdoor activities that the thought of being under the sun alone irritates me lol. But what to do. For the sake of my offspring. I can brave the sun shine. Hahahha. 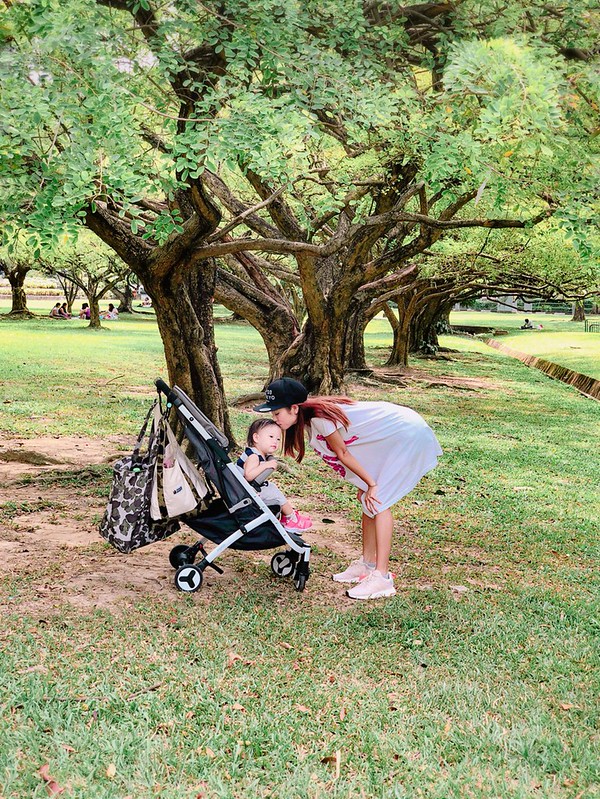 Just hide under the trees with my daughter. The irony is that no matter how much sun Junya is exposed to (without sunblock), he remains as fair as snow white. While I get tanned by just watching sunsets from my iPhone. HAHAHA. Life is really unfair. (Accidental pun.)

So one day he was scootering back home from school with me tailing him, and we were reaching a busy junction. I trust him enough to know that he’d stop, but I still couldn’t resist reminding him, “watch out, Junya.”

He turned back and looked at me. Annoyed, he complained, “Mama I DON’T want you to say watch out. I can do all by myself. You don’t say watch out.”

He is barely four, but he’s already sick of my nagging. 😨 I wonder what happens when he hits puberty with exploding emotions. 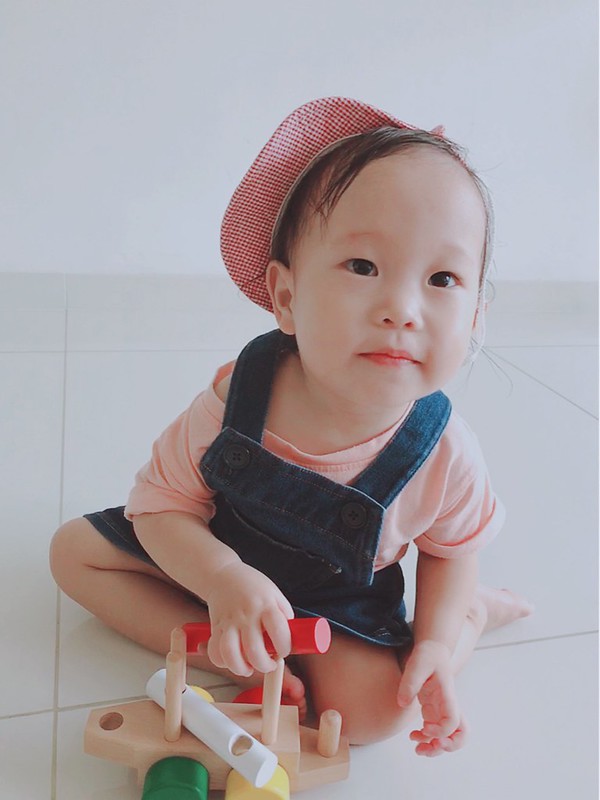 She is eating pretty well now, but I just suspect she’s turning vegetarian. For many months now she has resisted meat, I think she really hates the texture of meat in general rather than the taste. I tried thin-sliced, chunks, minced, flakes… she spat them all out.

The only way she would eat them is if it’s so discreetly hidden in between a mushy mix of rice and gravy, or if it is disintegrated into the soup lol.

I had to have a protein plan B. And thank god for natto. 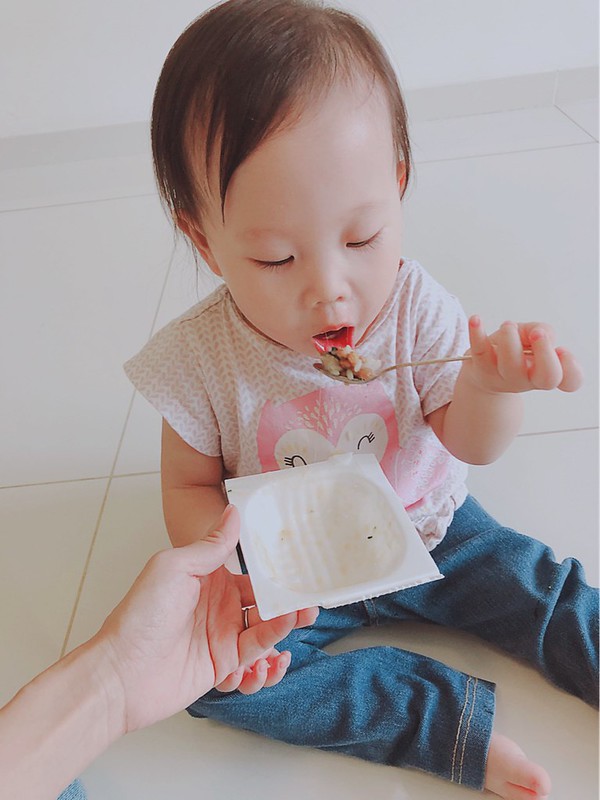 My emergency #lazymama hack is a pack of natto and rice. I mix the rice directly into the natto box, so that I don’t even have dishes to wash except the spoon lol.

Why she likes natto so much??? Beats me. Sometimes even I feel sick of natto. Sometimes the not so fresh one tend to taste a little bitter. But she gobbles it all up like it’s chocolate cake. 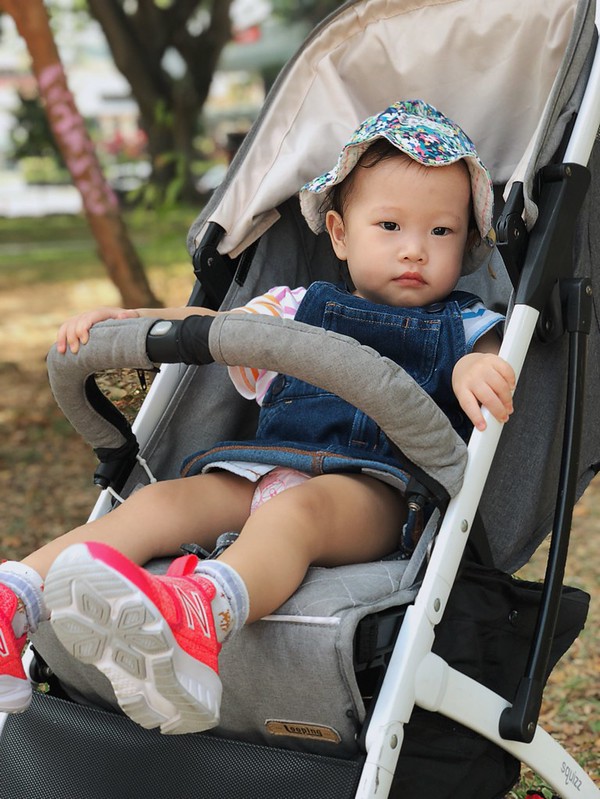 I think because Junya started speaking so well so early that I always feel that my young child is very left behind. They always say that second child picks up words faster because there are more people talking to her. But I found out from a few other mama friends also that their second child was much slower in speech development.

This month I noticed she tried really hard to mimic or repeat after me when I tell her a new word. In the past she would just stare at me blankly as if telling me, “mama, give up ba” when she knows that she couldn’t pronounce a word. But now she tries. Although sometimes it turns out a completely different word lol. When she wants milk she tells me “weh weh”.😅 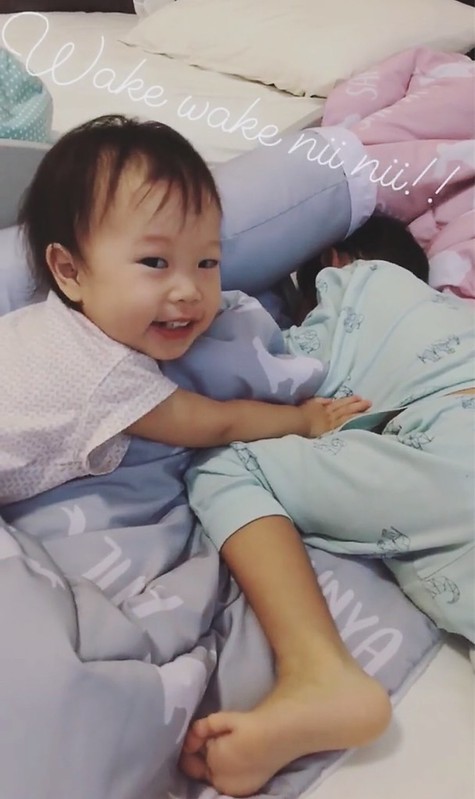 I think I have successfully weaned her off night feeds. At 22 months. Ha. Ha. Ha.

It was tough. Many mommies PMed me and asked me if I have any weaning hack. Hahahaha like I really magician liddis. The bad news is, no, I don’t have any hack other than letting your child tear your eardrums apart with their screaming because you are a monster for not giving your boobs to him/her.

The first 3 nights were soul-breaking. It got better the 4th night but for the next one week or so she would still randomly wake up and cry. It was unpredictable. Until 16 Feb, it was her first ever time, 11 hours of uninterrupted sleep.

Last month, my oppai curfew was until 6am. But I realized that it really confused her to the max, because… she can’t read time, how does she differentiate when it is ok and when it is not ok to have oppai???

I remember the first night after I imposed this new “rule”, she woke up 5:30AM crying for oppai. I talked to her, and she stopped crying and listened to me. “The sky is still dark, so we have to wait”, I said, and she started wailing. Erm, for like half an hour. AND IT WAS ONLY 6AM. 我的天…我到底 need to suffer how many hours???? I thought in self-pity in an extremely sleepy state of mind.

And then I think maybe another 15 minutes of sobbing, she suddenly stopped crying, and turned to me to say, “attur.” in a give-up kind of weak voice.

I was amazed. I said okay, dashed to the kitchen and got her a bottle of water. She drank her water and fell asleep.

I was really amazed. As much as I was churning my sluggish braincells for ways to end this torture, my baby was, too. She was also making effort. Her tiny little brain, too, was thinking of different ways to end the same torture. And she found herself a solution. I was very proud and wanted to hug her so tight

A few days ago, she woke up again, I tapped my iphone screen, it was 6ish-am. Pitch dark room. She didn’t say anything, she just looked at me, doe-eyed. I mumbled to her, “baby, look at the sky.” And then I dozed off.

I woke up. I saw her looked at me again, doe-eyed, a little more excited than before. And then I realized the sky has softened into a misty blue-grey. It must have been a good half an hour since I snoozed, and she just lay there next to me, waiting quietly or the sky to turn bright.

I felt touched, heartbroken, proud, guilty, and loved all at the same time. 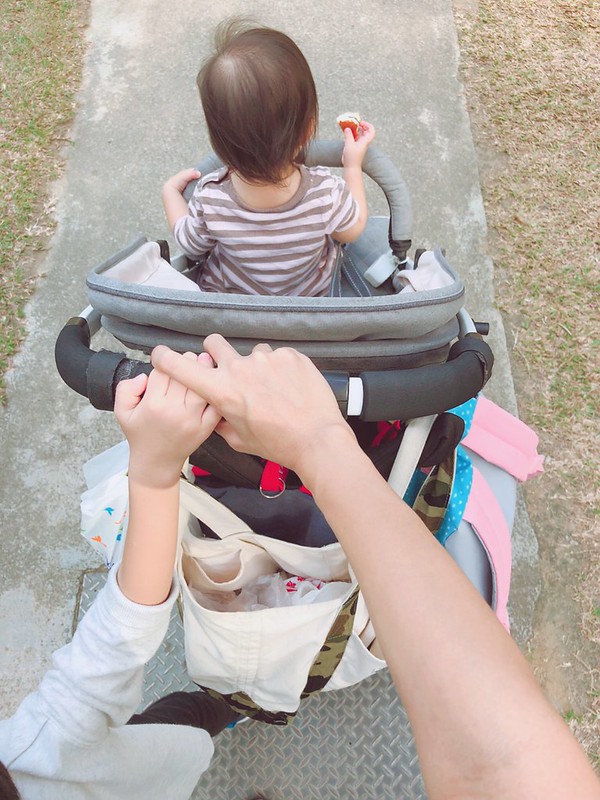 The danna was away most of the month, so everyday it was me, and cheesiepetits.

This is the time I exploit their sibling rivalry to its fullest. I have realized that other than getting them to finish their food faster, I can even slave them around the house lol.

While cooking I’d be like “who wants to help mama put those clothes in the laundry~~~~?” and they’d both be like “meeeeeeee!”

And then I’d be like, “now who wants to help mama vacuum those breadcrumbs on the floooor~~~?” and they’d both be like “me me me me meeee!” and dart to get the vacuum cleaner.

I just wonder how long this would lasts.😌