Hi, it’s me, I’m alive. I can’t miss the monthly update so here it is. 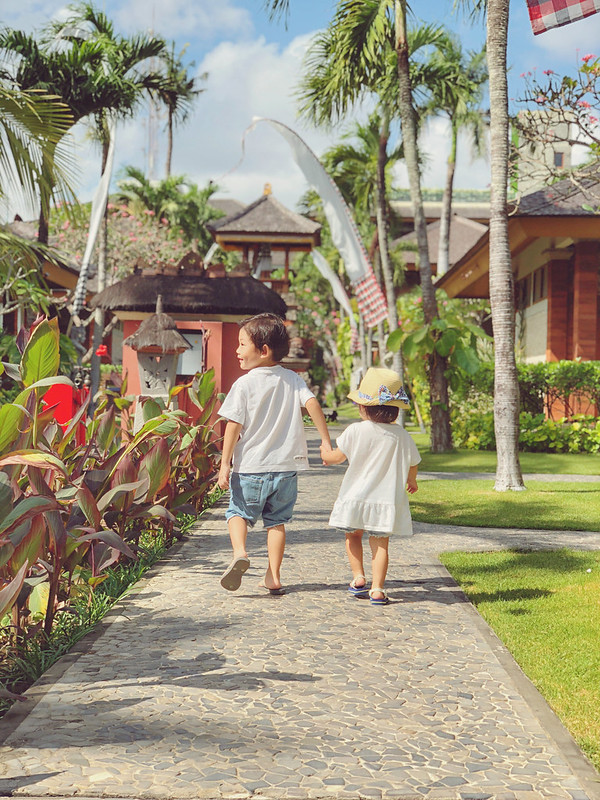 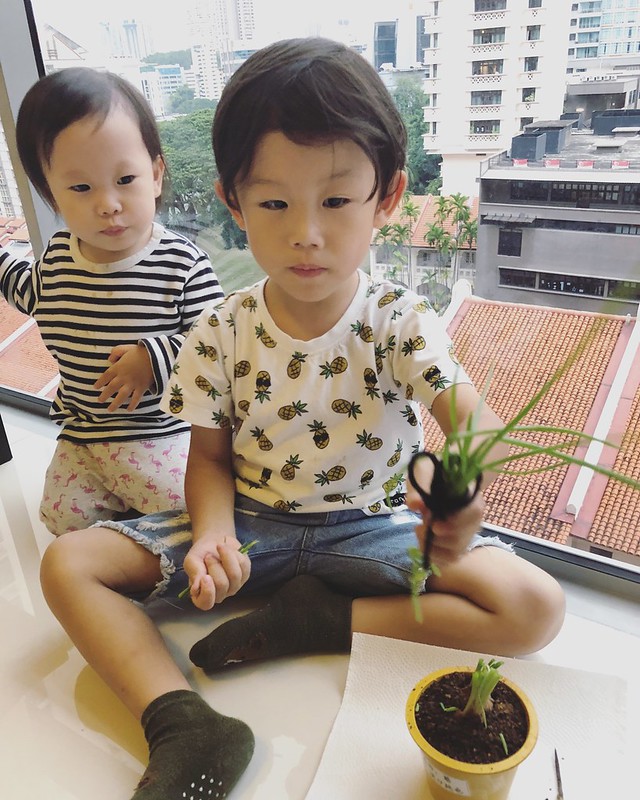 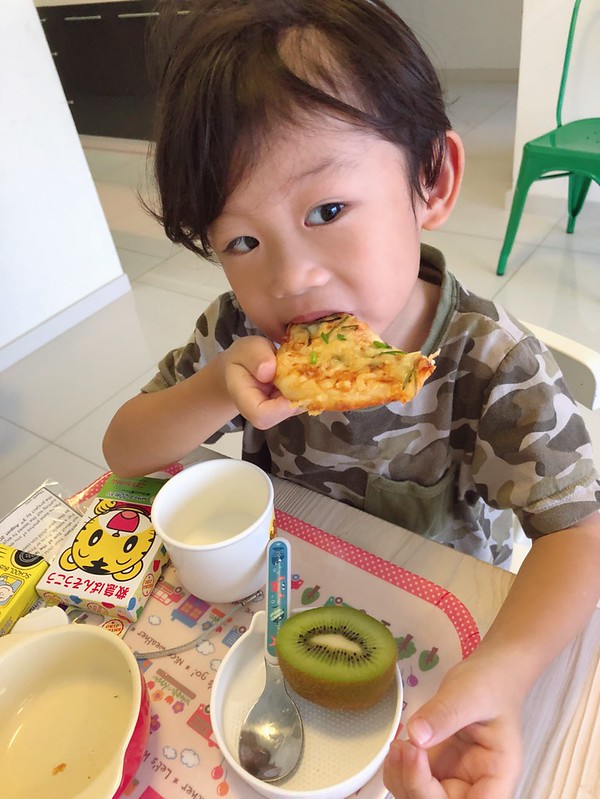 Last month I wrote that he was talking as if he has a marble in his mouth. he still talks like that when he wants to manja, but now worse. He doesn’t even talk anymore. He was trying to play charade. He will make some mumbling noise and point at things as clues and expect me to guess.😅

When we were in Bali he had a mysterious fever. We brought him to the doctor and then we bought Milo and sandwich for him, which are the only things he was willing to swallow.

And then Sakura who already had full dinner, wanted her brother’s sick food. I told her, “you ask niinii first”.

“Niinii?” she turned to her brother and pleaded.

I was quite surprised. Usually he is not so good with sharing his favorite things.

“But it’s also for Sakura.” he replied, like a big, grown up boy.

(Junya in the toilet)

Nope he hasn’t had any olive or seen or touched any.

(Junya in the toilet again, another day.”

Nope we hadn’t had any unagi.

Should I be concerned?😂

(Junya in bed with me at bed time)

“Mama. I miss you when you go Japan.”

It was a month after I came back from my trip to Japan. He has never told me this before, given that he’s never good with expressing these kind of feelings. It was the first.

I rarely lose temper at him anymore, because he’s really becoming really sweet and understanding. He is willing to do as I ask most of the time almost immediately (can you please fill the ofuro (bathtub)?, can you go to the kitchen cabinet and bring the tissue?), and fiiiiiinally he’s putting up clothes for himself without 30 minutes of nagging even though it still takes some time.

Today he even offered to help me wash the dishes because I told him I was tired. 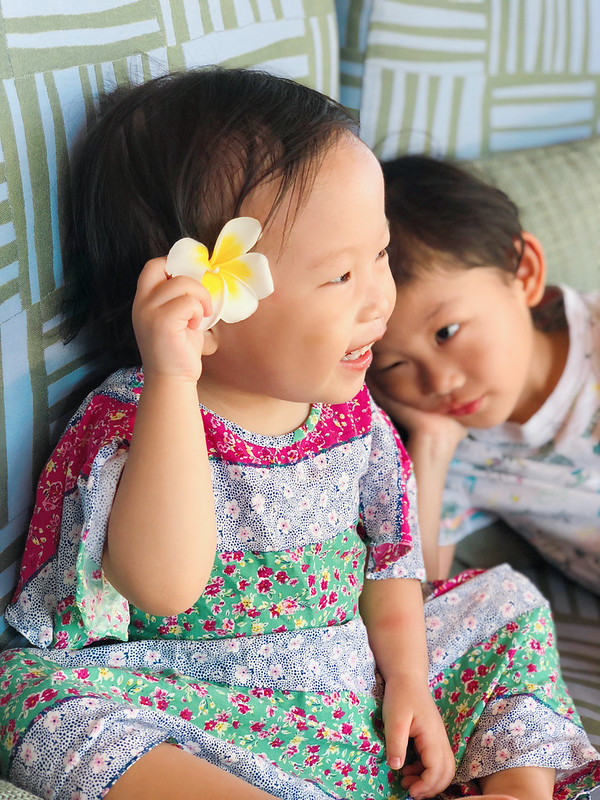 In many of the IG stories I have posted of Sakura talking, many people asked me what was she trying to say, when she says “Diwawa?” (obviously a question with her rising pitch at the end – Diwa↘︎wa↗︎?)

It is actually an exclusive Sakurago (語, language) that only two people in this world can understand – me and Junya. It’s a Japaneglish word.

What she is trying to say is “This one wa?” (she can’t pronounce the S behind)

Which means “What’s this?”

So you will see her pointing at different object in a book asking “Diwawa? Diwawa?”

I’m trying to correct her to say either “Kore wa?” or “What’s this”? with not much success. 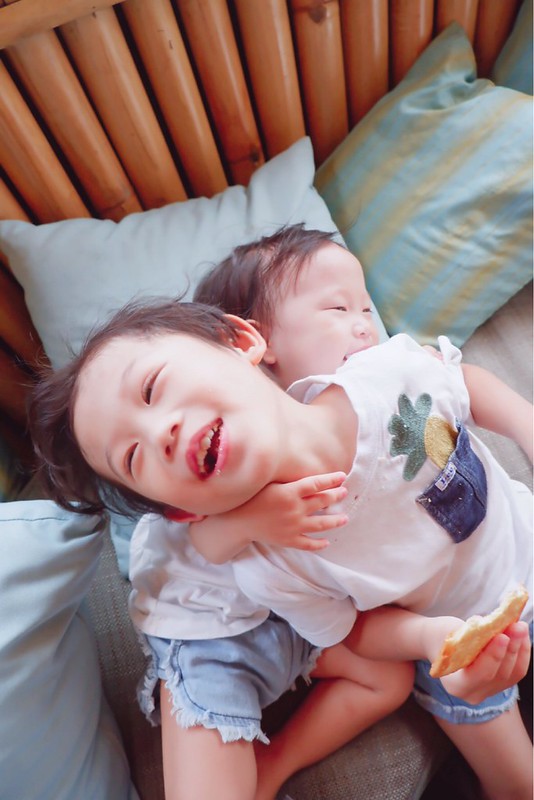 Since who knows when, Sakura has started to favor her brother more than me, when it comes to certain situations. It’s like she’s this wilful, overly attached girlfriend who is constantly craving for her lover’s attention. 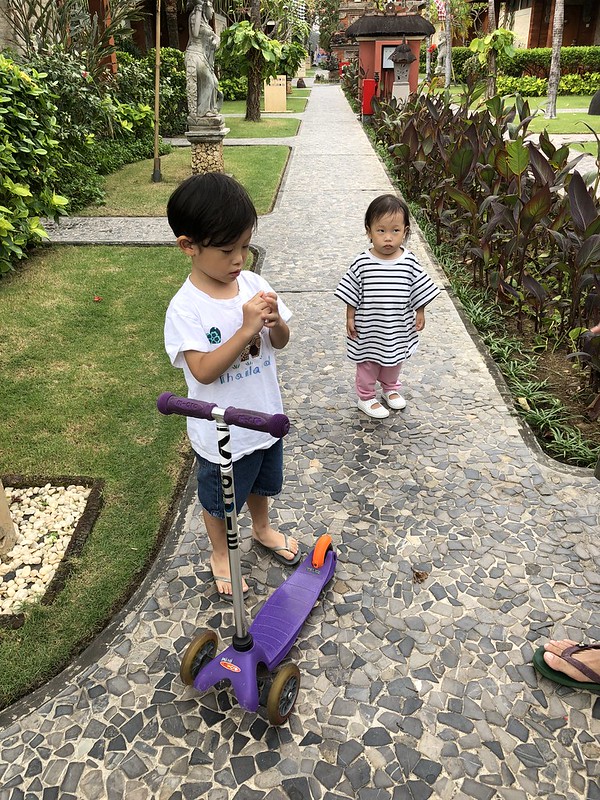 For example in supermarkets or when walking on the street, she insist niinii to hold her hand. She wants no one but niinii. As soon as Junya lets go of her hand she just comes to a sudden halt and sulk. And sometimes turn her back on us and try to walk further backwards. It’s frustrating. Junya gets so frustrated sometimes he just doesn’t want to deal with her, but there was no choice so we always make him go back and hold her hand. That’s the only way to get her to walk again. 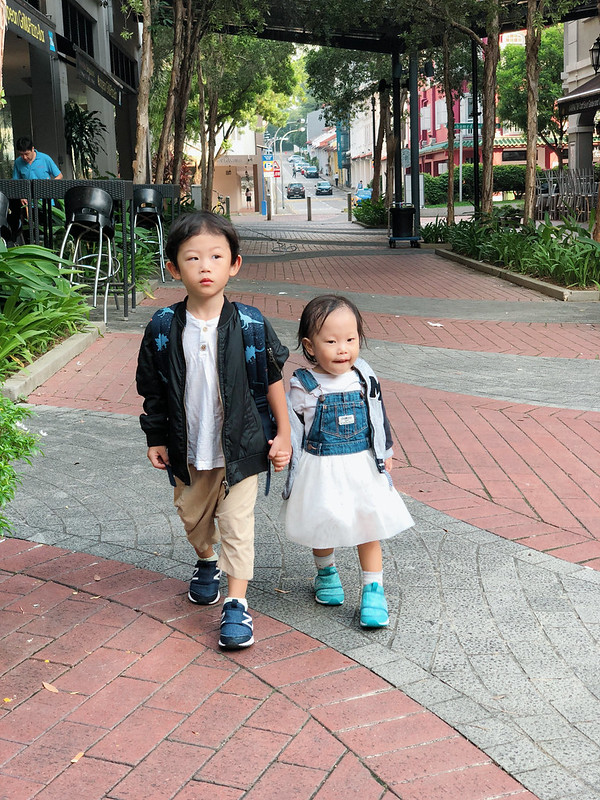 The moment niinii stretches his palm towards her there’s this HUGE GRIN on her face that she fails to hide every single time. 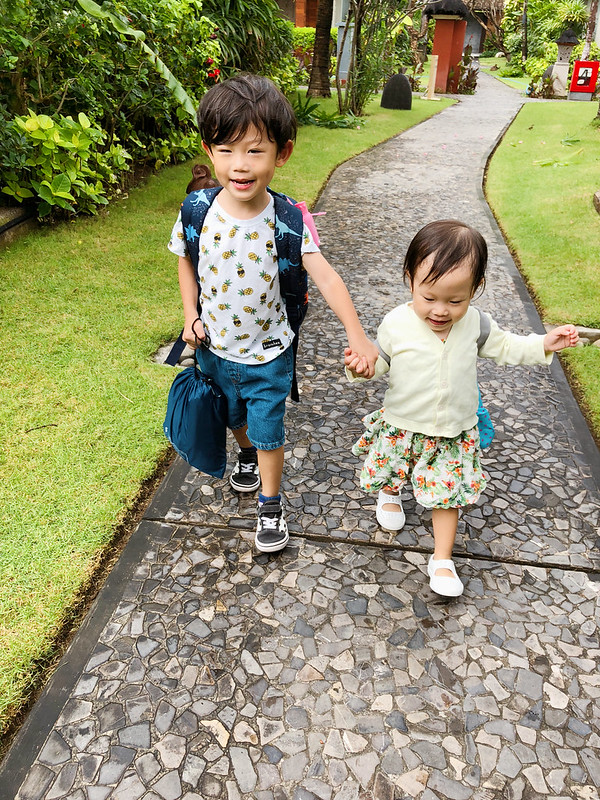 And same goes for some of her tantrums. Sometimes for whatever reason she refuses to eat her meals, to get down the bed, to get into the bathtub etc etc etc. She’ll be like “dowan mama.” and continue to sulk. I’ll just shrug and signal Junya for the mission. She will only open her mouth when Junya feeds her, get down the bed when Junya holds her hand, go into the tub when Junya helps her undress. 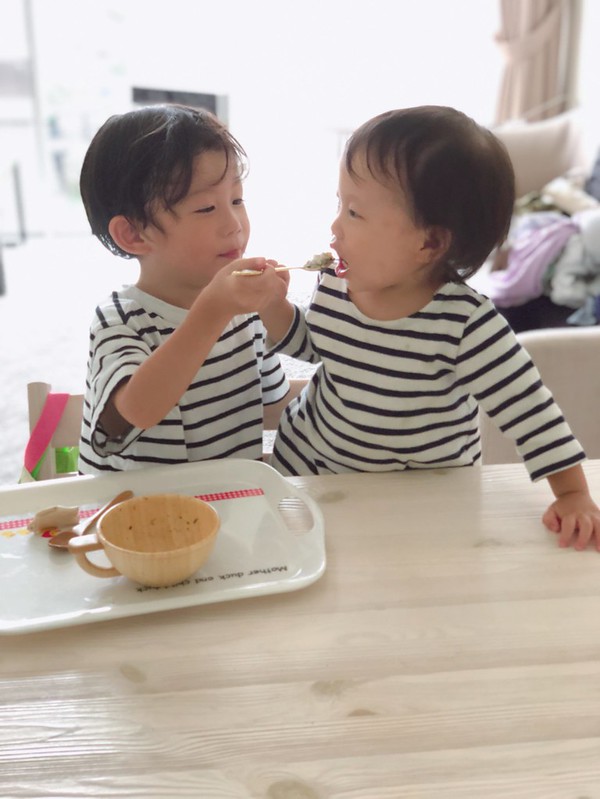 I was secretly happy because – well, now it’s not my problem anymore LOLOL.

Junya is actually very happy too although sometimes he lets out a sigh like “there she goes again being such a troublesome/demanding/dramatic brat” but with a secret smug because, who doesn’t like to feel needed and wanted?

This is so weird, but for a long long time, I have realized that I have this (telepathic?) connection with her emotionally. It sounds very far-fetched but I have realized too many times that it may not be a coincidence anymore.

Many times when I’m feeling distraught or grief-striken, I find that she has trouble sleeping, as if she knows. Even when she’s asleep and when I’m thinking about something somber, she would suddenly cry out loud in her sleep. As if she could feel my pain. I have heard that newborn babies are connected to mothers because your DNA or whatever is still in each other’s body, but I didn’t know it lasts so long.

And it’s not just on an emotional level, it even happens physically. I have realized that sometimes when Sakura develop a rash, I will soon also have rashes at the same place, it was simply too strange.

I have posted this on my IG, but have you guys watched the movie “TULLY”?

I watched it on the flight when I was bound for Finland. When I read the synopsis, I thought it was a comedy about a night nanny a mom of 3 has hired. Slapstick cupcake-in-your-face, chasing-in-the-back-yard-throwing-pop-corn scenes and all that, I thought. 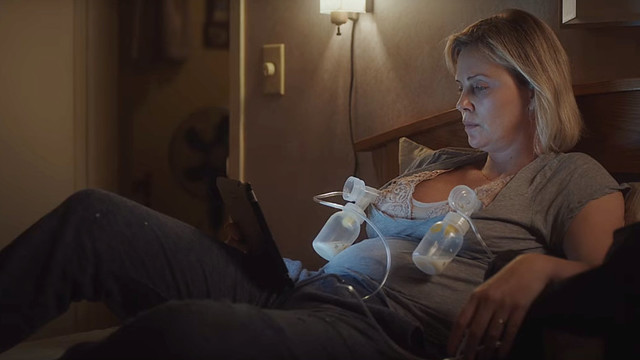 But it was not. There was spilled milk and rainbow cupcakes involved, but it was not the way I expected it to be. It was real, too real that it was almost painful to watch because it was universally relatable in so many ways. 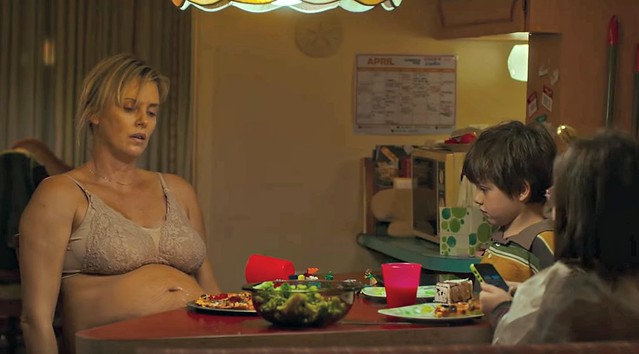 It is about a mother of three currently dealing with her two elder children and a newborn of an unplanned pregnancy.

It’s about the moment you wonder if your life is gonna change forever with motherhood, the moment you doubt the authenticity of your motherly love when your children drive you crazy, the moment you realize that motherhood is a slow poison to your marriage, the moment someone tries to tell you that you are a great mom but you reply cynically that “great moms organize class parties and plan casino nights”, the moment you wistfully reminisce about the young, free spirited, perky-boob you who is now gone forever, the moment you hate yourself for forgetting to care for yourself because once you become a mother everyone else is more important than you. And nobody is gonna tell you it is okay to spill ALL the milk you have just pumped, that it is ok you accidentally dropped your iPhone on the baby, and that it is ok sometimes you feel like you just want to run away and not ever come back again.

That is what Marlo (played by the amazing Charlize Theron) is feeling at this stage of her life.

Is there a solution to all of these struggles? What should we do when we feel like that? 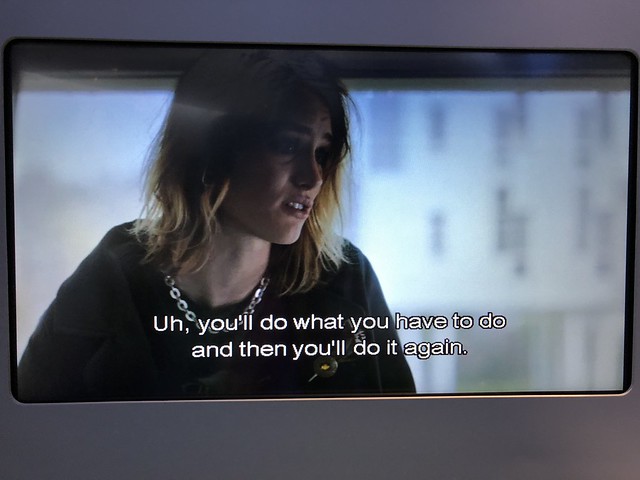